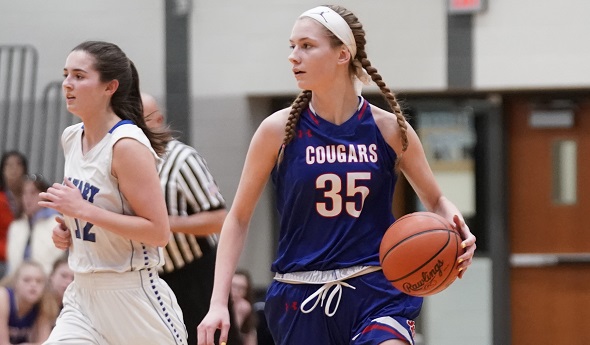 There is at least one similarity that ties together all four Division 4 teams making the trip to Calvin College this weekend.

All four semifinalists have seen their shares of tough opponents this season and shouldn’t be wowed by the competition beginning Thursday night at Van Noord Arena.

St. Ignace, Adrian Lenawee Christian and Kingston navigated those schedules to finish among the top-ranked teams by The Associated Press at the end of the regular season. Fowler, in part a result of playing mostly larger opponents, had a few more losses entering the playoffs – but has shown the last three weeks it belongs among the best in the smallest classification as well.

Tickets cost $10 per pair of Semifinals and $10 per two-game Finals session (Divisions 4 and 1). All Semifinals will be streamed live on MHSAA.tv and viewable on a pay-per-view basis. All four Finals will be broadcast live on Fox Sports Detroit and streamed live on FoxSportsDetroit.com and the FOX Sports app. Free radio broadcasts of all weekend games will be available on MHSAANetwork.com.

FOWLER
Record/rank: 17-7, unranked
League finish: Fifth in Central Michigan Athletic Conference
Coach: Nathan Goerge, ninth season (98-102)
Championship history: Class D champion 1991, runner-up 1990 & 1999.
Best wins: 48-34 over No. 5 Gaylord St. Mary in Quarterfinal, 49-29 over Saginaw Michigan Lutheran Seminary in Regional Final, 43-38 over Bath, 57-25 over Portland St. Patrick.
Players to watch: Sarah Veale, 5-8 soph. G (11.3 ppg, 49 3-pointers); Mia Riley, 5-6 fr. G (11.7 ppg).
Outlook: Fowler has reached the Semifinals for the first time since 1999 after navigating a league won by Division 3 contender Pewamo-Westphalia and with three other teams that won at least 14 games this season. The Eagles finished below .500 the last two before taking a jump, and Veale and Riley are among reasons for Fowler to be excited about the future as well. Riley actually comes off the bench – three seniors and a junior join Veale in a veteran starting lineup.

KINGSTON
Record/rank: 24-2, No. 4
League finish: First in North Central Thumb League Stars
Coach: Jay Green, 12th season (240-46)
Championship history: Has never played in an MHSAA Final.
Best wins: 55-34 over Croswell-Lexington, 43-30 over Brown City, 51-31 over Peck, 49-31 over Saginaw Nouvel.
Players to watch: Carley Smith, 5-10 sr. F (9.4 ppg, 5.6 rpg); Lily Lyons, 5-6 sr. G (11.2 ppg).
Outlook: After losing in Quarterfinals three times over the last four seasons, Kingston has broken through to make the Semifinals for the first time. The Cardinals have prepared all season facing larger opponents; in addition to those listed above, Kingston also has wins over Lapeer and Saginaw Swan Valley among others and losses to Division 1 Oxford and Utica Eisenhower. Smith, Lyons and 5-11 senior center Jillyan Dinsmore (6.6 ppg, 5.3 rpg) all earned all-state honorable mentions as juniors and help make up an all-senior starting lineup.

ST. IGNACE
Record/rank: 26-0, No. 1
League finish: First in Straits Area Conference
Coach: Dorene Ingalls, 20th season (431-73)
Championship history: Five MHSAA titles (most recent 2015), three runner-up finishes.
Best wins: 76-45 over No. 10 Baraga in Quarterfinal, 52-44 over Goodrich, 68-37 over Division 2 honorable mention Kingsley, 55-53 over Detroit Mumford, 63-59 (OT) over Division 3 honorable mention Reese.
Players to watch: Emily Coveyou, 6-0 sr. F (22.9 ppg, 10.2 rpg, 3.8 spg); Hallie Marshall, 5-5 soph. G (7.7 ppg, 3.9 apg, 3.4 spg).
Outlook: St. Ignace has reached the final week of the season every season this decade, and is back at the Semifinals for the first time since 2015 coming off three seasons in Class C. Coveyou earned a Class C all-state honorable mention a year ago and puts up the biggest numbers, but eight Saints total score at least 4.8 ppg and she’s one of only two seniors on the roster. The defensive showing has been especially memorable – as a team, St. Ignace gives up only 31.1 points per game and takes away an incredible 22.5 steals per contest.