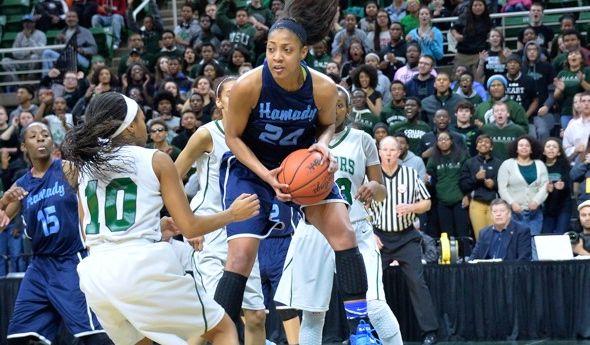 EAST LANSING – For the first time in what seemed like a long time, Flint Hamady coach Keith Smith brought a group of players to the Breslin Center on Thursday who had never played in an MHSAA Semifinal.

But this season’s Hawks had heard from past standouts who contributed to the team’s back-to-back Class C championships in 2009 in 2010.  And the advice they received boiled down to a few clear points:

This is what to expect at Michigan State. This is how to play when the spotlight is brightest. Make sure to box out. And most importantly, listen and do whatever Coach Smith tells you, no matter how excitable he might be in the huddle.

He said Thursday to calm down. He told his players to be patient, even as Ypsilanti Arbor Prep was cutting a 16-point lead to two. Smith knew that his team, composed, would be just fine.

And he was right. The No. 5 Hawks did hold off No. 3 Arbor Prep, 50-46, and will play Saturday for their fourth MHSAA title.

"I love it. It shows me he wants it as well as we do," Hamady senior center Aaliah Hill said her coach's energy. "Everything he does with his composure and his reaction, we're with it too.

"He knows what it takes to get here, and we're just going to keep on listening to him and trusting him."

Hamady (26-1) will face Calumet (23-2) in the Final at 4 p.m. Calumet was unranked at the start of the postseason and will make its first championship game appearance. 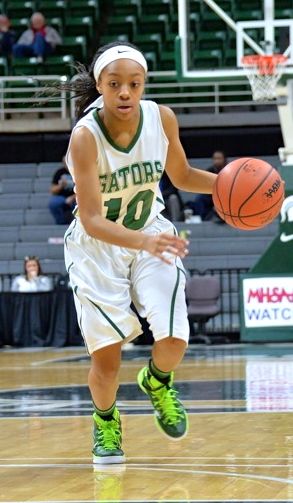 But as noted, this also will be the first championship game for a talented Hamady group that fell in its Regional last season and the Quarterfinals in 2013.

On Thursday, the Hawks came out aggressively in pursuit of returning to the Final.

But with the game rolling so smoothly, Hamady began to rush – and Arbor Prep went on a 16-3 run, creating havoc with its defensive press and taking advantage of six Hawks turnovers over an eight-minute period.

“That pressure is something different. I never thought I could see the day when someone would bring the same type of heat we bring,” Smith said. “We lost our composure a little bit.”

Which is what Arbor Prep coach Rod Wells said put his team down by so much during the first half. The Gators (22-4), in their fourth year with a program, won Regional titles this season and last and played ranked teams from Class A and B this winter – but didn’t seem to find their groove until the third quarter.

“We didn’t play with a lot of intensity in the first half, got beat on the offensive boards, and just didn’t move our feet very well,” Wells said. “We just kinda got caught up in the moment in the first half, just didn’t have the energy for whatever reason. By the time we made adjustments and got energized, we used a lot of energy to come back.”

As Arbor Prep’s energy ran low, Hamady’s rhythm returned. The Hawks played the Gators just about even over the final seven minutes – good enough to hold on for the four-point win.

Hill led three on her team in double-digit scoring with 16 points to go with 13 rebounds. Sophomore guard Krystal Rice added 11 points and 10 rebounds, and Terry had 14 points.

Hamady’s last two teams did break 20 wins – with 22 in 2012-13 and 23 last season – despite not reaching the final weekend either year. This team raised its level this winter even without senior guard Raasheedah Harris, the team’s third-leading scorer and second-leading rebounder who was injured midseason.

The Hawks suffered their lone loss on the court, to Class B semifinalist Detroit Country Day, soon after Harris was hurt. But “that’s when we woke up,” Smith said.

“This is something the girls can go on and take on the rest of their lives,” he added. “When they get a chance to play at a place like the Breslin Center, and the seniors hear from girls who come back from our championship teams, they hear their experiences and they want the experience as well.

Click for the full box score and video of the press conference.