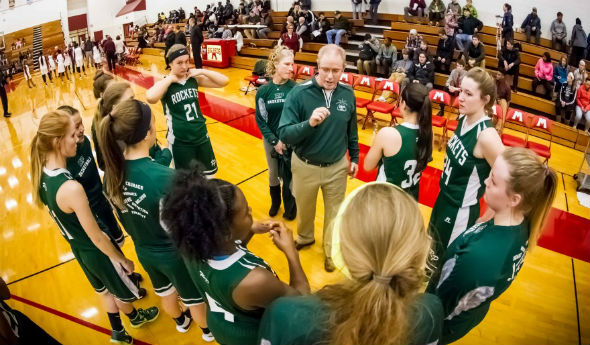 Williams, now a senior leader and defensive stopper for the Muskegon Reeths-Puffer girls basketball team, was blown away by the student sections, noise and just overall increased interest in girls basketball last season as the evenly-matched trio of Reeths-Puffer, Muskegon High and Muskegon Mona Shores battled for supremacy in the Ottawa-Kent Conference Green.

“I love it when there’s a big crowd and the students are getting crazy,” said Williams. “That’s all the motivation I need.”

The Meijer Muskegon Area Sports Hall of Fame Classic took notice of the growing buzz surrounding the girls games along the lakeshore – driven by a spike in talent, particularly at the area’s larger schools – and this year for the first time will feature a girls varsity opening game at its one-day, three-game event Dec. 28 at Reeths-Puffer High School.

Reeths-Puffer will tip off at 5:30 p.m. against perennial power Muskegon Oakridge in a showcase that has become a Muskegon-area tradition over Christmas break. The event is in its 15th year.

“Our committee has noticed much more interest in girls hoops, no question about it,” said Mack, a longtime boys and girls basketball coach at Mona Shores, who has served as the Hall of Fame Classic director since its inception in 2002. “They have earned the right to be part of this event.”

Mack expects an outstanding girls game leading into a clash of Top 10 boys teams in Grand Rapids Christian and Holland West Ottawa, followed by the traditional boys finale of Muskegon against East Kentwood.

Williams can’t wait to get the crowd going as a senior on her home floor, where she leads a veteran team that includes fellow seniors Elysia Mattos (guard) and 6-foot twin towers Brooke Larabee and Delaney Bolles.

As juniors, those four helped the Rockets knock off Muskegon and Miss Basketball runner-up Mardrekia Cook (now at Michigan State) during the regular season but came up just short in three tough losses to OK Green champion Mona Shores, including a season-ending 47-38 defeat in the Class A District title game. Reeths-Puffer finished the season 15-6. 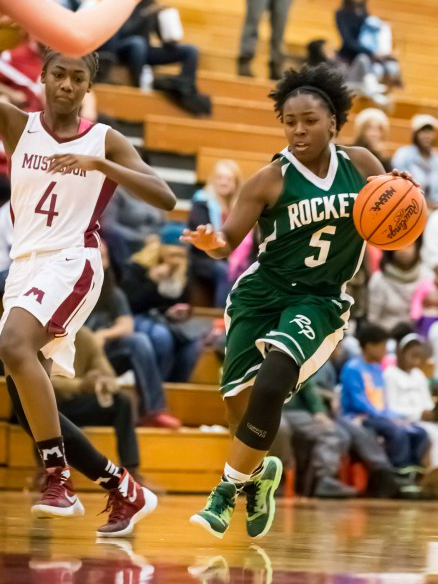 “It doesn’t seem like anyone is really talking about us this year, but we have experience and I think our conditioning has been a lot better, plus we have the motivation,” said Williams, a speedy, 5-4 guard whose older sister Camaryia Williams and cousin Kalisa Williams also were standout players for the Rockets and now play at Muskegon Community College.

Mona Shores is the league favorite again with the return of Miss Basketball candidate Jordan Walker and junior Alyza Winston, while Muskegon also boasts a deep, experienced team. The sleeper along the lakeshore could be the O-K Red’s Grand Haven, which is only four years removed from back-to-back Class A championships.

Reeths-Puffer’s matchup with Oakridge, which boasts a stellar backcourt in senior sharpshooter Hannah Reinhold and sophomore point guard Sophia Wiard, has special meaning for the veteran coach. Barry has taught at Oakridge since 1989 and in July was inducted into the Michigan High School Baseball Coaches Association Hall of Fame after his 25th year as the Oakridge baseball coach.

“I’ll cheer for them every other night,” Barry said of the Eagles, who have won 50 consecutive games in the West Michigan Conference under coach Terry DeJonge. “We have had some great games with them the past few years, and this should be another one.”