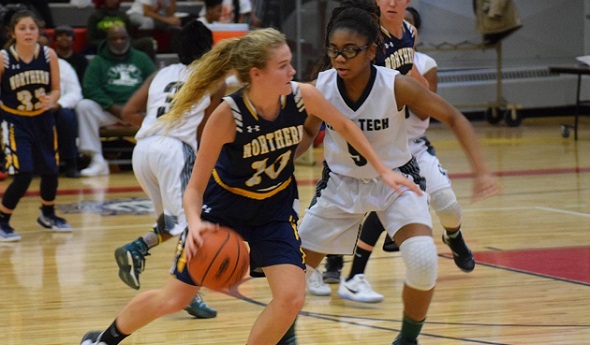 The Huskies put teams like Detroit Country Day, Flint Powers and Detroit Martin Luther King on the schedule to see what it was like to play against the best in the state.

Now, in coach Mark Dickinson’s ninth season, the Huskies still have those games on the schedule. They’re just looking more like the “measuring stick” team for their opponents, instead.

“It’s a great feeling,” Northern senior Kendyl Keyes said. “A couple years ago, it’s hard to believe that we would have been at this point, because you’re coming in, you’re so young, and it’s like, ‘Wow, we really did make it.’

“All this work that we put in, that the coaches put in, it’s paid off.”

Northern is 7-0 to start the season, with big early-season wins against Farmington Hills Mercy and Williamston. The Huskies are ranked No. 2 in Class A and No. 4 in the Super 10 by Tom Markowski of State Champs! Sports Network.

The biggest early-season game, however, comes tonight when Northern plays host to reigning Class A champion Warren Cousino, a team it defeated twice a year ago to prove it belongs in the conversation of the state’s best teams.

“I think the kids are more and more confident that we can play with anybody as a team,” Dickinson said. “We pride ourselves on having a team. We don’t have Miss Michigan, but we have a lot of good players from top to bottom.”

It’s a long way from where the Huskies were less than 10 year ago.

Dickinson’s tenure as varsity coach had humble beginnings. In his first season (2008-09), the Huskies went 1-20, and he and his coaching staff decided to focus on basic fundamentals.

“The first year, we were limited because three kids moved away,” Dickinson said. “We were playing with people who were out of position, so we said, ‘Hey, we’re going to play good D, we’re going to start with that. It’s like building a house, and laying the foundation.’ The first two or three years, that’s what we talked about, that we were going to lay one layer of bricks, lay another layer of bricks.

“The first two years, I had a segment of practice called Point Guard University, where we had them all do tons of ball-handling. We were having some struggles with ball-handling, so we made everybody improve their ball-handling, and it started growing from there.”

While it was an entirely different set of girls doing the winning, Dickinson gives a lot of credit for the recent success to the girls who came before them.

“Even the groups before that that didn’t win Districts, they really started to compete and put themselves in position to win games. We just didn’t have quite enough depth at that time, or enough shooters,” Dickinson said. “They were the building blocks of the program. I look back at those early teams, those kids were the ones that kind of set the tone that we’re working in March and April; instead of sitting home and watching TV on Sunday, we’re going to be up here working. Those kids started it, and then it just kind of snowballed.”

While the program started taking off in 2012, its postseason breakthrough didn’t come until 2014 when it won a Regional title, its first under Dickinson. It was also the first District title under Dickinson, and the first of three straight.

Last season, Northern repeated the feat, winning another Class A Regional title before falling in the Quarterfinal against St. Johns. All of that in a season many saw as a rebuilding year, as Northern had graduated a strong senior class the year before. 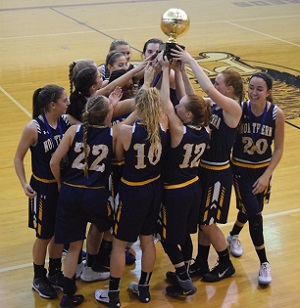 Thanks to the foundation the Huskies have built, however, rebuilding has turned into reloading.

“I think, partly, we’ve got a really good coaching staff from top to bottom,” Dickinson said. “That’s huge for skill development during the season. During the offseason, we put a lot of time in, and the kids have bought into that. We’ve had kids that have made a commitment to come in year-round and work on their shot, work on their ball-handling. When we do our team stuff in the summer, I know a lot of teams have trouble getting their whole teams there, but I usually have everybody there.”

While the talent and depth continues to grow for the Huskies, the work ethic instilled on those early teams has remained the same.

The early-season tests against top-level competition have helped take the Huskies to their current level, but so has playing in the Macomb Area Conference Red, which Dickinson considers one of the best conferences in the state. The Huskies also have traveled throughout the summer to play against the best and in big venues, including at the legendary St. Cecelia’s in Detroit.

All of that combined has created a team that isn’t afraid to play on the biggest stages or wildest environments.

“It’s so exciting – it’s fun,” senior Bree Bauer said. “It gives you a lot of adrenaline, and I think it makes me play better.”

This year’s team features six seniors – Keyes, Koppinger, Bauer, Cassidy Koschnitzke, Brooke Austin and Kathleen O’Connor – as well as an experienced, play-making junior in Sami Klink. But beyond the experience, there’s a large group of girls waiting for their turn.

Dickinson said several members of his junior varsity team would be varsity players most years, but with his current depth he simply can’t bring them up. His JV squad was a perfect 20-0 a year ago, and spent the summer holding its own against varsity teams, so don’t expect the Huskies to fade away any time soon.

Of course, there’s still plenty to accomplish in the present. With its foundation solidly built, Northern can now look to break through its ceiling, something recent results show it’s more than capable of doing.

“A lot of people think you can’t win a state championship in Port Huron,” Dickinson said. “I’m not going to go that far. We have to keep getting better, and it would nice to make a run at it – we’ve been close. If you get to Breslin Center, you never know what’s going to happen, so we’re knocking on the door. I don’t know if we’re ever going to get there, but we’re working towards it. If you don’t have a goal like that, you’re never going to achieve it.”

PHOTOS: (Top) Northern's Sami Klink moves the ball around the perimeter against Detroit Cass Tech on Dec. 28 at the Motor City Roundball Classic. (Middle) The Huskies hoist the championship trophy after defeating Croswell-Lexington on Dec. 22 to win the Port Huron Holiday Tournament. (Photos by Jill O'Connor.)