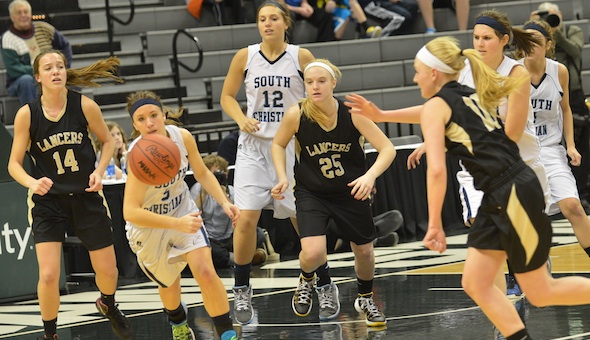 EAST LANSING – Both teams playing in the first MHSAA Class B Semifinal on Friday had learned valuable lessons from their trip to the Breslin Center – and Semifinal defeat – the year before.

But only one could move on to Saturday night’s championship game.

Midland Bullock Creek, with only two seniors, plans on using a few more helpful pointers from this season’s trip in 2014-15. But Grand Rapids South Christian, with seven seniors, will lay it all on the line this time after downing the Lancers 52-47.

The top-ranked Sailors will attempt to win their first MHSAA title since 1988 and finish a perfect 27-0 at 6 p.m. Saturday against Eaton Rapids.

“Coming into this with five seniors starting helped a lot with experience. Last year … I remember walking into this big building like, “Wow,” with all the nerves,” South Christian senior Cassidy Vredevoogd said.

“This has been a dream of mine since I was a little girl. Getting so close last year was unbelievable. Getting to the Finals now, it’s unreal.”

That’s not to say there weren’t some jitters among the Sailors at the start. But veteran calm won out by the end, a good thing considering one key stat that made it almost surprising that South Christian came away with the win.

The Sailors turned the ball over 33 times – after doing so only five in its Quarterfinal win over Parchment on Tuesday – but balanced that with a 44-25 rebounding advantage and by making 82 percent of their free-throw attempts. Bullock Creek made only 54 percent of those tries and watched their chances dissolve with a 4 for 21 performance from 3-point range.

The Lancers made only 2 of 10 trey tries during the fourth quarter as a one-point lead with 6 minutes left turned into the final deficit.

“Some were a little deeper than we normally would like to see, and that was a combination of their length and then fatigue a little bit,” Bullock Creek coach Justin Freeland said. “But I thought the best course the last 4-5 minutes was to encourage them. … And I truly believed we would hit the final two and go home and be playing (Saturday).”

Bullock Creek may have had a chance to create some space during the second quarter, if not for the key performance of Sailors sophomore sub Markaya Vander. She scored all 11 of her points plus grabbed four rebounds as South Christian’s first-quarter lead turned into only a three-point halftime deficit. 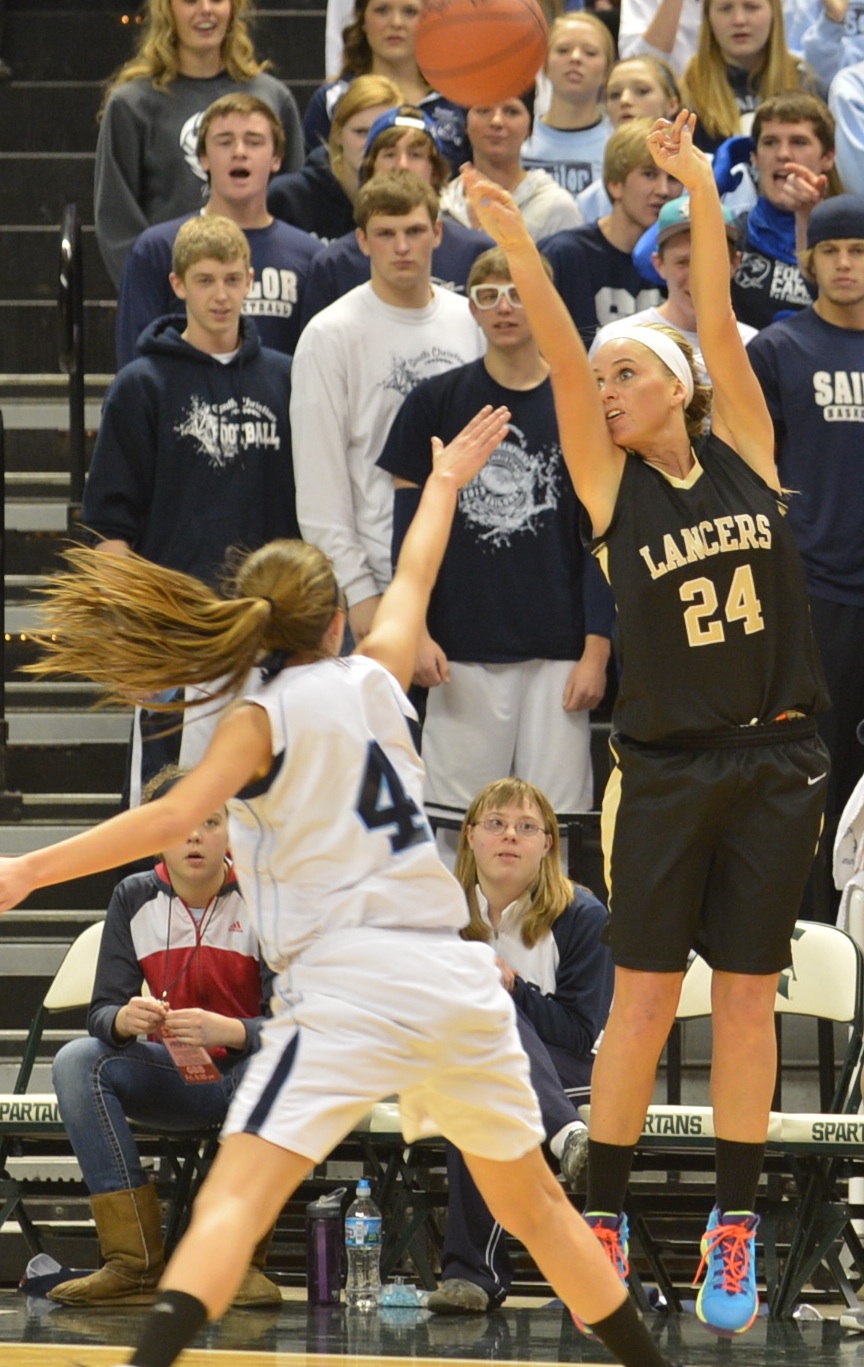 Morgan Torres scored as well to finish that second quarter for the Sailors, and finished tying for the team high with 11 points including seven during the second half. Twice she either tied the score or gave the Sailors a lead.

“We have seven seniors who were all here last year, and that experience has been a key factor in our terrific season,” South Christian coach James De Bruyn said. “They set the tone with their leadership, and when crunch time came down they found a way. And they found it again tonight.”

Bullock Creek (24-2) should find itself with a similar opportunity next winter. Only two seniors graduate, and all five starters plus three top subs should return.

“It burns really badly, especially right now. Tonight’s going to be tough, but it only motivates us to work harder in the summer, harder in the postseason, harder in the regular season next season,” Heldt said. “We learn from these experiences. We learned from last year, and we did a lot of things better than last year. We definitely improved, and this is a motivator for next year for sure.”

Click for a full box score and video from the press conference.

HIGHLIGHTS: (1) Midway through the first quarter, Bullock Creek's Halee Nieman scores on a putback of her own missed free throw against South Christian. (2) With 1:41 left in the fourth, South Christian's Dani Oeverman hits a big jump shot to give the Sailors a five-point lead.