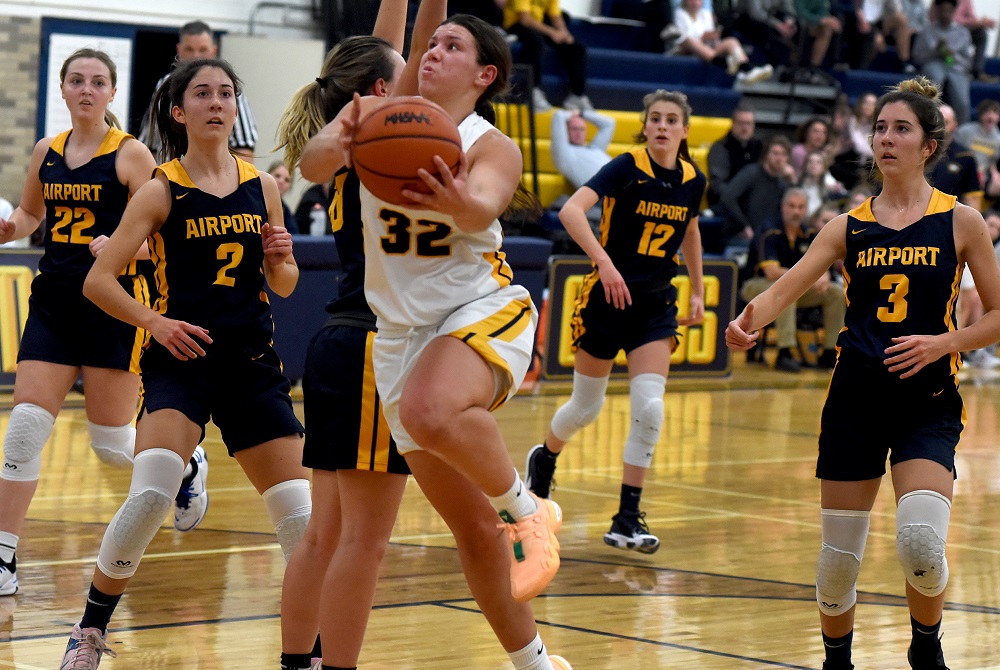 ERIE – An end of an era is coming in southeast Michigan.

Only two miles from Lake Erie, a barn with a basketball court inside has helped develop some of the best 3-point shooters in state history. The youngest of 10 in a basketball-crazed family, Elizabeth Liedel, better known locally as Lizzie, is winding down her senior season and putting up big numbers – just like many of her siblings did.

“When I was younger, I kind of liked softball better,” Lizzie said. “When I got a little older, basketball definitely became my favorite. I think my brothers and sisters had something to do with that.”

So did the barn, which her father Brad built years ago for his power washing business. It wasn’t long after that the barn became home to a half basketball court with regulation backboards and, of course, a 3-point line.

“I try and get out there every day or every other day and work on my shooting,” Lizzie said. “I’ve put up a lot of shots in the barn.”

Lizzie is a senior for Erie Mason, a Division 3 team that is 12-3 and undefeated in the Tri-County Conference. The Eagles can clinch their second-straight TCC title with a win Thursday at home against Morenci. If they are able to capture another league title, you can bet Lizzie will play a key role. A four-year varsity player, she is averaging 28.1 points per game this season.

The family connection to basketball begins with Brad Liedel, who went to Monroe St. Mary Catholic Central, where he participated in multiple sports, including wrestling. He was in high school when he coached his first team.

“That was baseball,” he said. “I didn’t coach my first basketball team until after I graduated from high school.”

Brad and Beth Liedel have 10 kids, and all of their names are inspired by their faith – Matthew, Ben, Theresa, Maria, Michael, Sarah, Greg, Mary, Joseph and Elizabeth.

Brad has coached for years, from area high schools to travel ball in the summers.

“The kids will come to the barn, and we’ll play basketball and I put together some teams and we go out and play,” he said. “I love teaching the game and helping kids get better at the game. I just love basketball.”

Brad was a junior varsity basketball coach at SMCC when his oldest son, Matt, won the Monroe County Region Player of the Year honor. Two years later, in 2005-06, Ben Liedel set a state record by making 116 3-pointers, a record that has since been broken.

The basketball legend continued to grow. Sarah played at Erie Mason, as did Greg, who wound up with more than 900 career points.

The youngest three siblings – Mary, Joe and Lizzie – have been the biggest scorers. Mary made 56 3-pointers during her senior year of 2017-18 and finished her four seasons on varsity with 1,784 points. Joe topped 2,200 career points and made 334 career 3-pointers, second in the state record book for career triples, while helping Erie Mason reach the MHSAA Semifinals for the first time in school history before graduating in 2020. Both are continuing their basketball careers at the college level now.

Joe, who started his college career at University of Detroit-Mercy, is sidelined this semester with an injury, which has enabled him to be home and watch Lizzie mature as a player.

Lizzie was an immediate starter for the Eagles as a freshman. Four years later, she has 1,354 career points and is having an outstanding senior season. 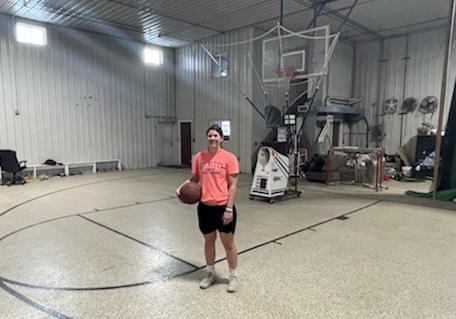 She had a high of 47 points against Blissfield, which happened to be the same night she passed 1,000.

Blissfield coach Ryan Gilbert said Liedel is not someone you want to see get hot from the outside. You also don’t want to send her to the free throw line.

“She has the ability to take over a game,” Gilbert said. “I felt like we contested 90 percent of her shots, and she still got to 47.”

Liedel is not just a scorer, although she has made more than 170 career 3-pointers.

“She draws double and triple teams quite often and she has great vision to keep her teammates involved,” Gilbert said. “What separates her from the rest is her ability to move without the ball, especially right after she gives it up. Something a lot of great players struggle with is moving without the ball; she does not, and it makes her tough to defend.”

Lizzie said the Blissfield game was a special one.

“My teammates were finding me, and I was really feeling good,” she said. “I think I made my first five 3-pointers. I felt like I couldn’t miss. Everything was going right.”

“It was very different playing against all of these girls you don’t know,” she said. “It was a unique experience.”

Liedel is one of five seniors for the Eagles. They have won 53 games over her four varsity seasons, including a 13-0 record last year before being eliminated from the Division 3 tournament by eventual champion Ypsilanti Arbor Prep. This year’s losses have been to two Division 1 schools – Monroe and Howell – and SMCC.

“I’m happy with how we are playing,” she said. “We really wanted to win the league again, and we have a good shot at it. I love this team. They are helping me do a lot better this year.”

Her offseason work, including playing in the barn, is paying off. She has multiple college scholarship offers, including from Davenport, Indiana-Kokomo and Schoolcraft. Indiana Tech, an NAIA powerhouse, is interested, as is Lake Superior State.

She credits her dad and coaches for helping her game develop. She also gives a nod to her brothers and sisters.

“We are so close,” she said. “I love that. We talk all the time. When I come home after games, they’ll tell me how I did or what I need to do to get better.”