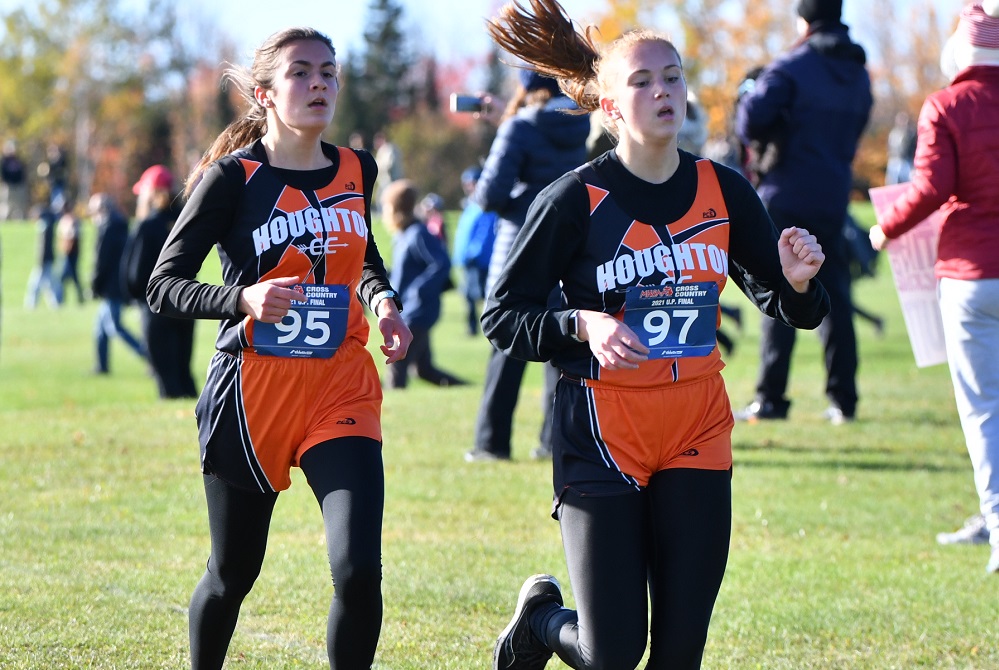 The memories, however, could last a lifetime.

“Overall, it was a pretty good season,” said senior Ingrid Seagren, who was crowned U.P. individual champion for the first time. “I’m grateful I had the opportunity to run. We really wanted to win, and it was exciting to do that.

“This has been a great experience. My teammates and coaches were so amazing.”

Junior Claire Filpus, who missed last year’s U.P. Finals due to COVID-19, placed third in her first championship meet try. “This season was exciting,” she said. “Winning as a team makes you so happy. This was a learning experience. I was a little nervous at first, but I just wanted to see what I could do. I couldn’t run in last year’s Finals, and I know my mom (coach Traci Welch) was upset she couldn’t be there.”

Senior Paige Sleeman went to the Finals as the reigning individual champion. Although she missed time this fall due to illness, she still took eighth.

“I was out three weeks with COVID, but tried to work out on my own,” she said. “I just wanted to try to help our team win its second U.P. title in a row. I knew we could do it. 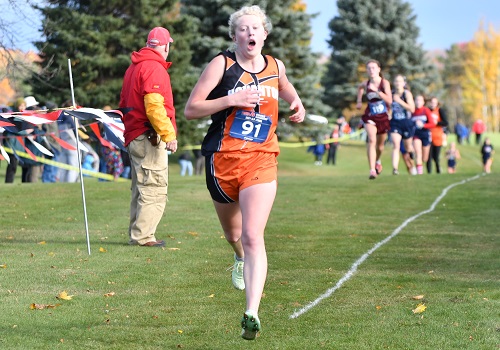 “I think beating Negaunee the last couple times was a confidence boost. We’re fortunate to have a lot of kids come out. Some schools couldn’t field a full team. We knew it was going to be tough to defend our title, but we all knew we could win it. Coach Erik (Johnson) told us to run our hardest for 25 minutes.”

This marked the fifth consecutive year Sleeman was part of a U.P. championship team, including three seasons at Chassell and two at Houghton.

Although Welch was unable to attend last year’s Finals, she said COVID had an even greater effect on this year’s team.

“That’s why we lost the (Western Peninsula Athletic) Conference,” she added. “We were a couple runners short. Some of the girls didn’t have the same kind of season as last year, but they all ran their hardest. They handled their nerves well.”

Junior Jewel Laux, who overcame her bout with COVID, ran a personal-best time (22 minutes, 46.1 seconds) at the Finals.

“I hadn’t done a lot of conditioning during the summer, but I like the encouragement I got,” she said. “I didn’t start running until school started. The improvement I made was a highlight. That kind of helped me get better.”

“I did okay,” she added. “I enjoyed the camaraderie. Everybody on jayvees and varsity is close knit. It’s fun being on the team. I know a lot of people on the team from the past few years.”

“It was really fun,” freshman Katie Sarau added. “I got a lot of encouragement, and that really helps me a lot. It was really exciting being on varsity, although there were more schools than I’m used to seeing at the Finals.”

The Finals were naturally a learning experience for freshman Kiira Niska as they were for Sarau.

Welch was happy with the way the girls overcame adversity.

“We lost Myah Campioni to a fractured ankle,” she said. “Kiira also had some injury issues, but kind of took Myah’s place and really stepped up. I don’t think Erik and I knew what our Finals lineup would be until after the conference meet.”