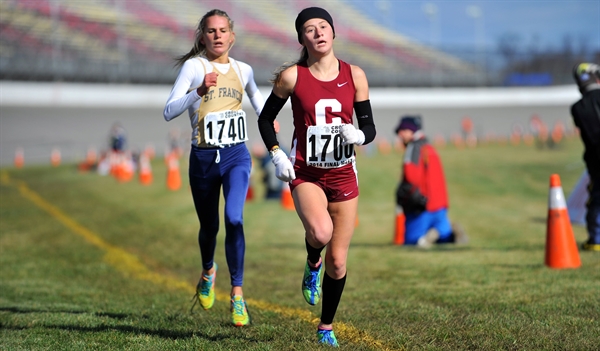 BROOKLYN — Holly Bullough of Traverse City St. Francis had raced Amber Way of Charlevoix numerous times, but never with as much at stake.

Bullough closed a gap of about 75 yards and used one final surge in the last 10 yards to beat Way to the finish line and win the MHSAA Lower Peninsula Division 3 cross country individual championship on Saturday at Michigan International Speedway.

Bullough and Way were in separate divisions last year, Bullough finishing third in Division 4 and Way taking a close second in Division 3. They were in the same regional this year, with Way winning in 17:51.61 and Bullough taking second in 17:54.16.

"I love it when Amber's there, because she pushes me so much," said Bullough, a junior. "She helps me a lot."

Bullough's late push caught Way by surprise. When the two met up shortly after the finish, Way said, "Where did you come from?"

With a strong wind going through her ears and the focus of trying to reach the finish line, Way never heard Bullough coming.

"I didn't see her," said Way, a senior. "I was kind of a little stupid there. I eased up at the end; that's where she got me. I heard people screaming and thought maybe there's someone behind me. I couldn't hear anyone. I know I didn't want to look back." 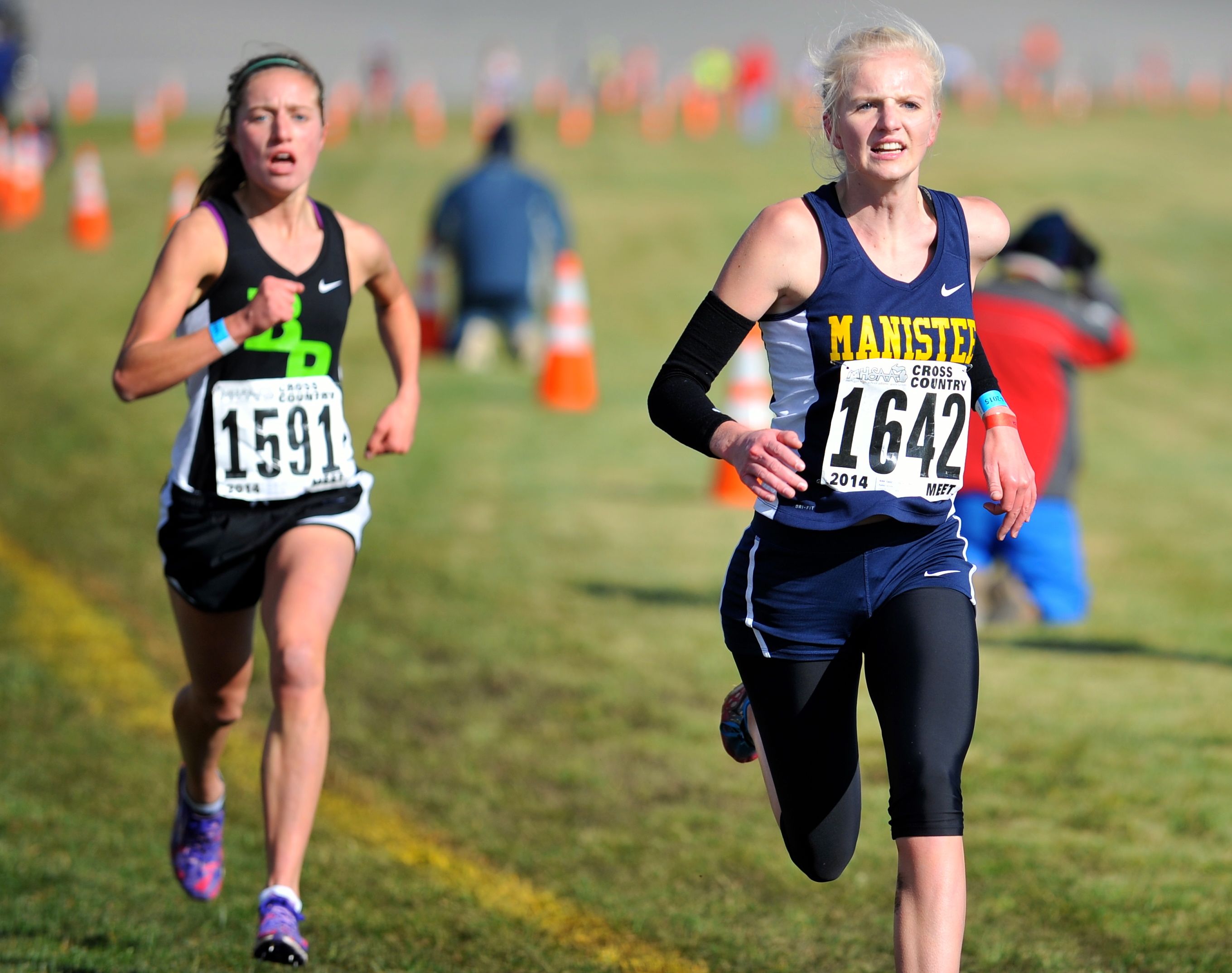 It was the final state meet for a strong group of runners who have been near the top of the Division 3 ranks for the past four years.

Returning all seven runners from a team that placed 10th in last year's MHSAA final, Ithaca won its first title with 147 points, beating defending-champion Shepherd by 11.

Ithaca was running in only its third MHSAA final, qualifying for the first time in 2005.

Ithaca will be favored to repeat, with Thayer being the lone senior on the team. Shepherd's No. 1 and No. 4 runners are seniors. Shepherd had three finishers cross before Ithaca, but its fourth and fifth runners didn't cross until Ithaca had five runners home.