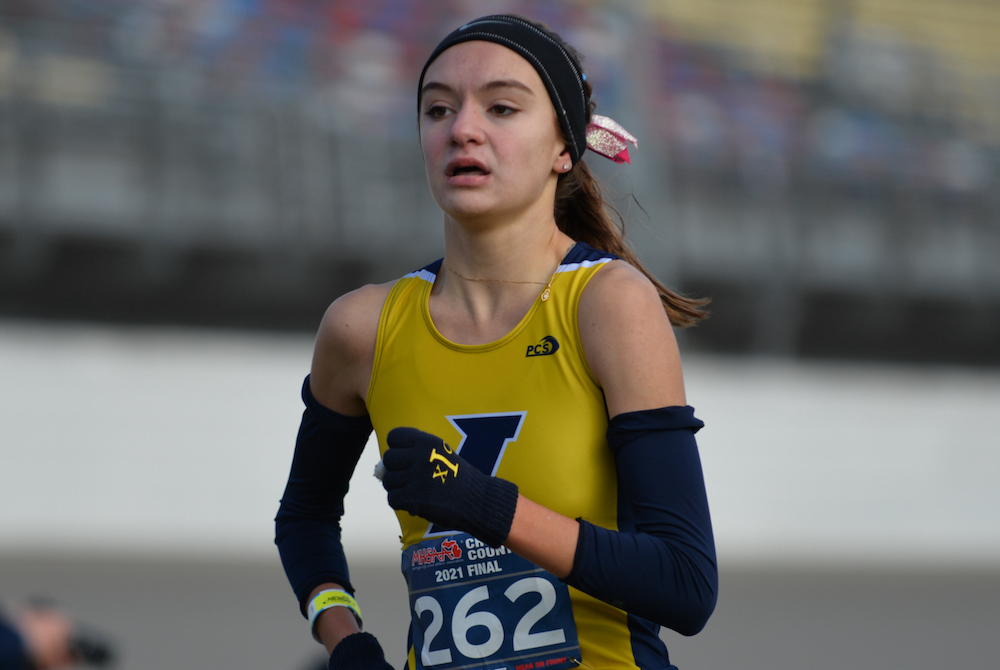 BROOKLYN — A year ago, Lani Bloom of Ithaca was in first place with a decisive lead, less than 100 meters from the finish line at Michigan International Speedway.

But then she fell and was reduced to a slow crawl.

As she desperately tried to reach the line on her hands and knees, three runners passed her. It was the second year in a row that Bloom led coming down the stretch at MIS, only to experience a catastrophe. She was 18th in 2019 after leading with 800 yards remaining, collapsing after crossing the line.

So, that fist pump she gave when she crossed the line at MIS on Saturday was almost as much for the fact she finished upright as it was for winning the MHSAA Lower Peninsula Division 3 individual championship.

There would be no drama awaiting Bloom on the home stretch this year, as she cruised through the finish line in 17:29.69, winning by 30 seconds ahead of Hart sophomore Alyson Enns.

“I was in the same position last year,” Bloom said. “I was ahead by quite a bit. I just fell. This year, I made a conscious effort, I got to that point and I said, ‘You have never run this part of the course. You have crawled it for the past three years. It’s time to run it. It’s time to finish it.’”

Perhaps because of her past issues at MIS, Bloom showed empathy for fellow runners who were struggling after crossing the line.

She helped sixth-place Mylie Kelly of Benzie Central get back to her feet and moving, then helped hold up two teammates who were completely spent after racing 3.1 miles. 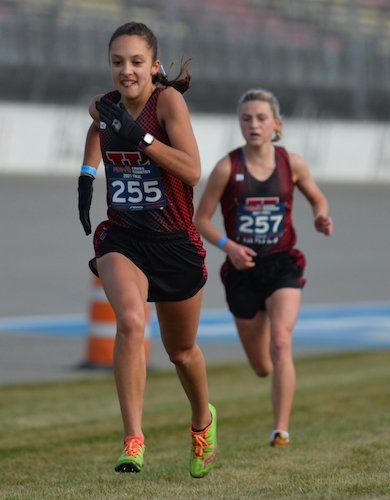 Bloom went through the mile mark in 5:38.1, holding a 7.8-second lead over Hart freshman Jessica Jazwinski. The lead stretched to 19.2 seconds when Bloom reached two miles in 11:17.3.

“I was expecting them to hang on to me for a little longer,” Bloom said. “I was reading these Michigan Speed Ratings. He said these girls get out hard and dare the field to hang on. I said, ‘I’m going to do that. I’m going to see who is ready to race today.’”

Following Bloom across the line were three Hart runners who took places two through four. Alyson Enns was second in 17:59.67, Jazwinski was third in 18:00.59 and senior Audrianna Enns was fourth in 18:32.27.

Hart’s strength up front was able to offset more consistent top-five finishes by the other contenders. Hart scored 143 points to win its fifth consecutive Division 3 championship by 36 points over Kent City.

Kent City’s top five runners were in the top 72 overall and top 53 among team runners, while Hart counted a runner who was 159th overall and 111th in the team race.