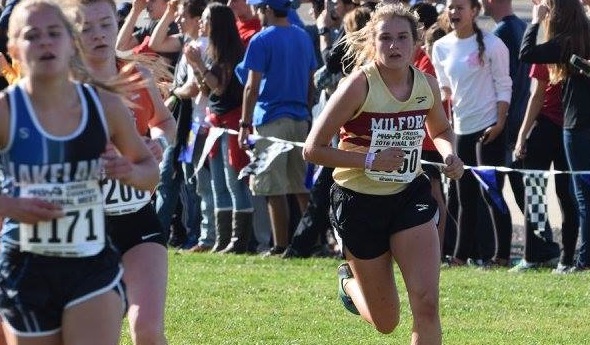 HIGHLAND TOWNSHIP – Cross Country at Milford is not so much a sport as it is a way of life.

That might sound a tad overstated. But you would have a difficult time convincing Nicole Gringling.

The boys program has won five titles, all under Brian Salyers, the head coach for both teams.

An adopted child, Gringling latched onto the sport – and the people who are a part of the cross country community in this western Oakland County town – when she was in middle school. Gringling started swimming at age 4 and gave up the sports competitively seven years later for this opportunity to race outdoors instead.

“I fell in love with cross country,” she said. “Running is more fun (than swimming). I kind of have a rough background. I just have so much fun running with my friends. It’s where I belong.

“I’m definitely looking forward to running in college. It’s part of my personality.”

Milford returns five of its six top runners from a year ago, Gringling being one, and is again one the state’s top teams.

But that doesn’t seem to be important or at the top of the list of priorities for the team or Salyers. It instead gets back to what Gringling said: running cross country is fun. That’s what’s important. And if you win, well, that's makes it more fun. 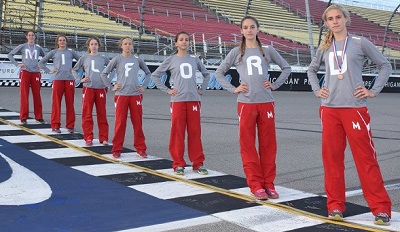 To understand what cross country means to those in this community one must go back 50 years or more to when the legendary Lee Averill coached Milford’s cross country teams, boys and girls. Averill, a Milford graduate who died in 2014 at age 76, would go on to coach at West Bloomfield and lead his 1989 girls team to an LP Class A title.

Gene Balawajder took over the cross country program in 1970, and though he never coached an MHSAA champion, he came close and along the way was paramount in the continuation of a proud program Averill established. Balawajder’s girls team placed second to Dearborn Edsel Ford at the Class A Final in 1984.

Milford’s girls would win a number of county titles, including in 1988, a year when the boys finished third in at the LP Class A Final.

Salyers was a member of that boys team. That was his senior year, and although Salyers wasn’t one of the top runners (and a better basketball player at the time), he grew to love the sport. In 1996, after graduating from Western Michigan University, Salyers took over the program and Balawajder became the athletic director. To help with the transition, Glen Edwards, Balawajder’s longtime assistant, served as Salyers’ assistant the first two years.

Salyers knew then that he was taking over a special program, one he needed to embrace and enhance.

“The tradition is rich here,” he said. “It’s something we take pride in.

“In terms of having a cross country culture, it runs all through the school. When you put those letters on, M-I-L-F-O-R-D, you play for your school, your parents.”

The letters, those on the jerseys, has become part of Salyers’ imprint on the program – a touch that adds a little more pride. Seven runners represent each school at Michigan International Speedway, and each Milford runner who earns his or her place among those seven wears one of the letters, whether it be the block “M” or the “I” and so on.

Gringling wore the D her freshman year, the L her sophomore season and the letter I last fall.

Junior Victoria Heiligenthal, Milford’s top runner who placed 14th at MIS in 2016 and is the current county champion, is all in with the team aspect of the sport. Like Gringling, Heiligenthal competes in track & field too, her best events being the 800-meter run and the 1,600. 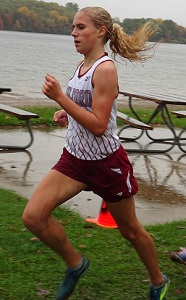 “Wearing the letters is one of my favorite things,” she said. “It’s really a lot of fun. All of the tradition the program has. Even the new conference (Lakes Valley) we’re in is something we look forward to.”

During the offseason, Salyers organizes events and camps to keep the athletes involved and fresh. He holds a team camp near Rapid River in the central Upper Peninsula where his runners train, but also get away from running and (with cell phones hopefully put away) have fun playing Frisbee or football – anything to create camaraderie and stronger friendships. There’s also a group camp, a much larger gathering where the underclassmen and the incoming freshmen mingle with the varsity squad.

“We have a saying,” Gringling said. “And that’s we care about each other more than the other team cares about their teammates.”

Salyers creates an upbeat atmosphere where winning isn’t the goal, but by having fun and working hard you, as an individual, will win even if it’s just by cutting a half second off of your best time.

“There’s a hometown feeling here,” he said. “It’s a fading element in high school sports. The transfers and all that is conflicting with that.

“I don’t know what high school sports will be like in 10 or 15 years. There have been a lot of changes. We try to keep an old-school atmosphere.”

And Salyers is not one to forget the past. When Milford won its first cross country title with the boys team in 2003, he had Balawajder come up to the podium with the team to celebrate in hoisting the trophy.

There have been many.

PHOTOS: (Top) Nicole Grindling (far right) rounds a curve during last season’s LPD1 Final at Michigan International Speedway. (Middle) Milford’s seven runners spell out their school name on the track after winning their first title. (Below) Victoria Heiligenthal works to stay ahead of another competitor during a race last season. (Photos courtesy of Brian Salyers.)