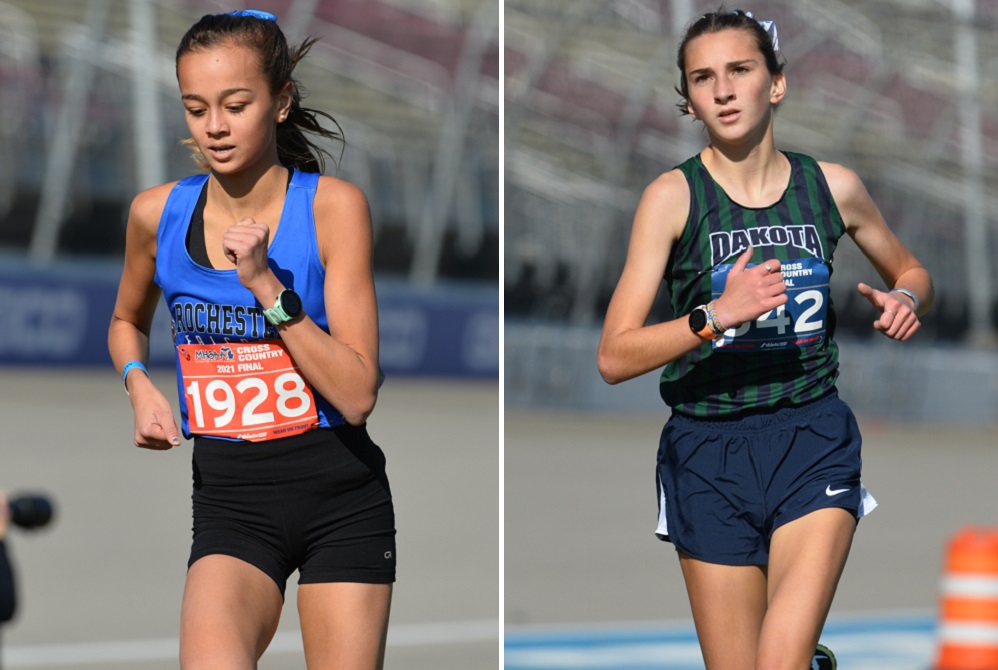 Peaking right before the biggest events is obviously something every athlete wants to do. But executing such a desire is way easier said than done.

With Regional meets this weekend and this season’s Finals at Michigan International Speedway the Saturday after that, Harberts and Cook reaching their top form right now might be bad news for other runners around the state.

Harberts, a junior at Macomb Dakota, earlier this month won her third consecutive Macomb County championship in a time of 18:25 at Stony Creek Metropark.

“She’s run three of her four fastest times within the last month,” Zarzycki said. “She’s definitely on the upswing.”

The same can be said for Cook, a sophomore at Rochester.

Cook won her second-straight Oakland County championship at Kensington Metropark in a time of 18:45.5.

Despite being slowed by an illness earlier in the year, Cook appears to be at full strength at the right time.

“She’s got a tremendous amount of passion and she is 110 percent into everything she is doing,” said Rochester coach Amy Oppat. “She’s easy to coach from that aspect. She’s hard on herself because she cares.”

For Harberts, she hopes to better her seventh-place Finals finish from last year.

She ran a personal record of 17:31 on Oct. 22 at the Macomb Area Conference championships, and she credits enhanced mental strength for her performances this fall.

“For me this year, it’s been a lot of mental growth,” Harberts said. “Last year, I didn’t (personal record) in cross country, so I’ve been waiting a while. I think physically I’ve gotten a lot stronger too. But it’s a lot of mental strength for me.”

Cook, who finished sixth at the LPD1 Final in 2021, followed up her Oakland County title by winning the OAA White championship Oct. 20 in a time of 18:34.1.

The comfort and confidence she gained doing so well at the Final last year has obviously showed this fall, and Oppat said Cook is ahead of where she was at this time last season.

“It was my first big meet,” Cook said of running at MIS in 2021. “I was just going to see how it went and try my best. It was a pretty big personal record.”

Both Harberts and Cook also shined during track season this past spring.

Cook said distance running is “better for me than sprinting,” while Harberts echoed that sentiment that distance races have long been a better fit for her.

“I like to build my race up,” Harberts said. “It’s not like a sprint where I have to be fast the whole time. It’s more strategic.”

Harberts and Dakota will run Saturday in a Regional at Goodells Park in Wales Township, while Cook and Rochester will run at Hess-Hathaway Park in Waterford.

Given what each has achieved lately, it’s a good bet they’ll still be peaking after the weekend, with all eyes then toward the Finals race.

“I just have to remember to keep running my own race,” Harberts said. “Hopefully I can continue to do that again this year.”