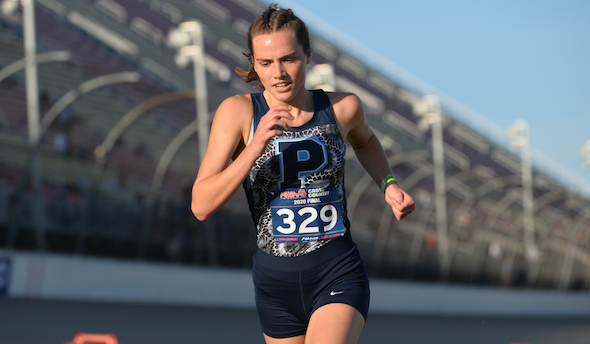 BROOKLYN – Petoskey was outmatched last year and knew it.

“East Grand Rapids had an amazing year,” Petoskey senior Emma Squires said. “Last year, even at our best, we would have never beaten them.”

It was a different story this year. The Northmen returned all five of their scoring runners from a team that took second to East Grand Rapids by 56 points last year in the MHSAA Division 2 cross country championship race. East Grand Rapids was ranked No. 1, just ahead of Petoskey, coming into Friday’s MHSAA Finals at Michigan International Speedway, but had graduated individual champion Anna Petr.

The loss of Petr was just the opening Petoskey needed to break through and win its first MHSAA championship by a 68-79 margin over the Pioneers.

This year, it was Petoskey that had the individual champion. Squires ran the fastest time in the two Division 2 heats Friday in an MHSAA Final that was altered to reduce the size of fields. 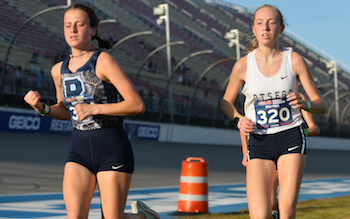 “I knew a freshman was my biggest competition,” Squires said. “Just having more experience, I knew I had to get out fast, kind of scare them a little bit. That’s what I did. I went out really strong. I was a little scared around the middle. I was so tired already.”

“It’s been a progression, but I’ve always died in the last mile,” Squires said. “I was really trying hard not to this year.”

“Our second girl, she moved here from Gaylord two years ago,” Squires said. “She’s kind of been my training partner. It’s been really exciting and helpful to have someone to pace with. We’ve all been working together. Our whole team has been trying to get to that state championship. We did this year.”