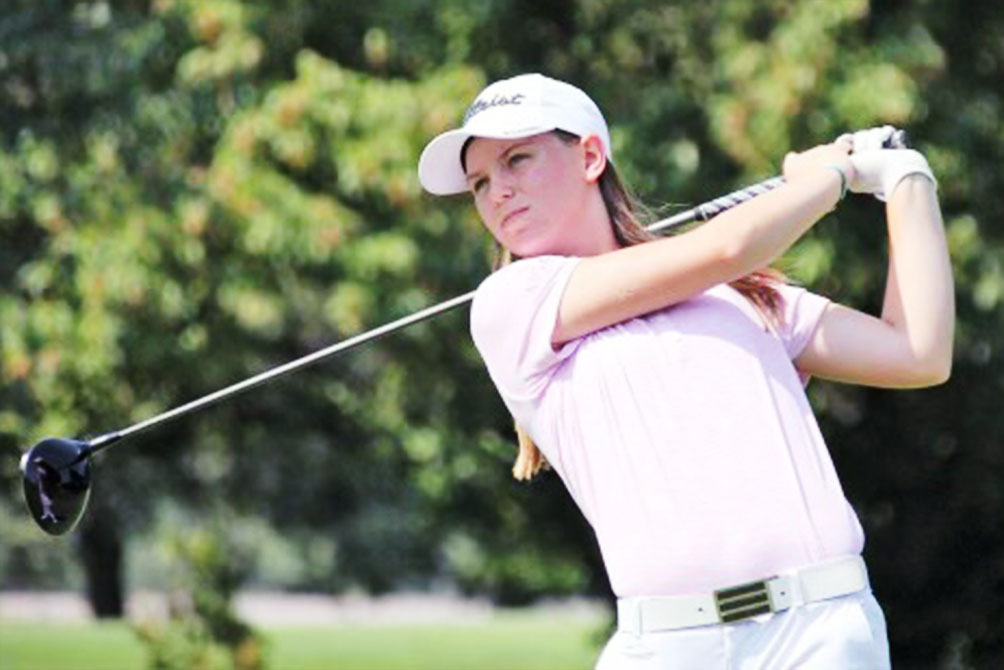 The East Kentwood sophomore golfer shot a 74 to tie for fourth in the event that was reduced to only one day of competition due to COVID-19 protocols.

“It was a little disappointing because I always play better the second round,” Fennell said. “I really wish there was another day.”

Fennel finished four strokes behind individual champion Katie Brody of Grand Blanc. However, her performance capped off a stellar freshman season and shared a glimpse of her potential.

Fennell was the top golfer in the Ottawa-Kent Conference Red, sporting a nine-hole average of 35 while winning the midseason and postseason tournaments. She also received all-region and all-state honors.

So what will she do for an encore?

East Kentwood head coach Mike Ketelaar thinks the sky’s the limit for his No. 1 player.

“It will be tough to top what she did last year because she’s already built those accolades, and she had some really great rounds,” Ketelaar said. “I’m excited to see all aspects of her game click together.”

Fennell didn’t come out of nowhere.

She picked up her first club when she was 6, and started competing competitively three years later.

Fennell won the Golf Association of Michigan (GAM) Junior Stroke Play Championship when she was 13, and repeated the feat earlier this month at Forest Akers East Golf Course.

“It was nice to win after a long time because I’ve struggled the last couple years with my game,”  she said. “I’ve been all over the place, so I was happy to play well.”

Playing against the best has helped shape Fennell’s game, and fuel her competitive drive.

“I just like competing and playing against the best in the state and the country, and winning is fun, too,” Fennell said. “It was a little rough when I started competing, but then it got easier.”

Ketelaar knew of Fennell’s golf prowess for a while and was anticipating her arrival to high school.

“I knew about her in my first year coaching,” he said. “She lives on our home course, and she was literally on the range for all of my practices the last few years. I knew about her pedigree when she was in sixth grade.”

Fennell admittingly doesn’t enjoy the grind of practice, but understands the benefits that come with it. 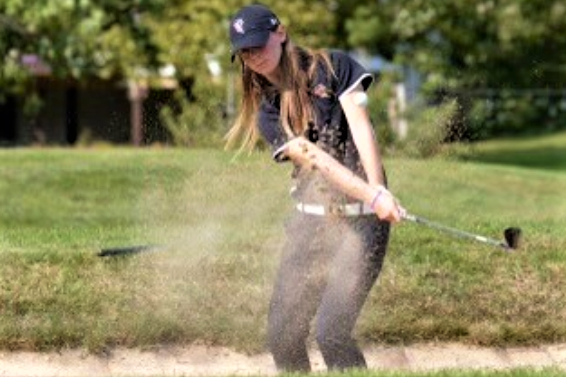 “I hate practicing, but I know I have to if I want to get better and improve,” she said. “I try to come out every day and work on something.”

While Fennell is shy off the course, she has a steely demeanor on it. It’s a part of her game that sets her apart, according to Ketelaar.

“She is such a focused competitor who plays a lot of summer tournaments and has had an array of competitive experiences,” he said. “She’s very stoic, composed and a brilliant student of the game. She is mature beyond her years in terms of her course management and her understanding of effective practice techniques, and just how she approaches the game is kind of baffling to me.”

Fennell has the unique ability of visualizing each shot.

“I just see where I want to hit the ball in my mind and hit it there,” Fennell said. “And then I go from there to my next shot. I focus on what I can do.”

Ketelaar said she shows little fear, no matter the difficulty of the course.

“She doesn’t see trouble when she plays,” he said. “She’s very confident in her visualization and lines and she doesn’t fear out-of-bounds or water. She doesn't see them, and all she sees is what she’s trying to execute. She’s very good at putting on blinders and focusing on what she needs to do. Negative outcomes don’t come into her mind.”

Fennell, who tied for second at last week’s Jenison Invitational carding a 70, has also stepped into a leadership role.

The Falcons are an inexperienced group, and Fennell shares her vast knowledge of the game with her teammates.

“I've tried to make them feel more confident being on the course and around the greens,” Fennell said. “I help them with their swings so they feel more comfortable, and I love to help people because golf is my favorite sport and what I enjoy.”

Despite her young age, Ketelaar has appreciated Fennell’s willingness to help.

“She’s really been hands-on with the other girls, which is cool as only a sophomore,” he said. “She’s taken on a leadership role and realizes being a part of a team means helping the other players improve. She’s been giving back a lot more this year.”

Fennell continues to have high aspirations for this season.

“I want to win Regionals and win state while going as low as I can,” she said.