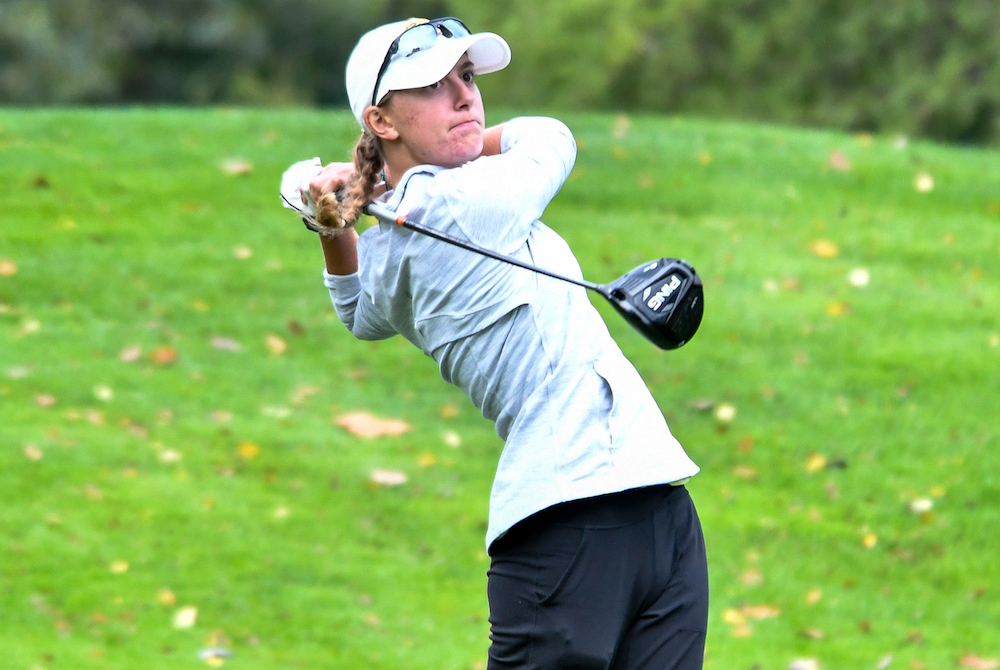 Same went for the seasoned Bloomfield Hills Cranbrook Kingswood team in its fourth-straight trip to the Finals.

After she fired an eye-popping 6-under 66 Friday, Timpf followed with a solid 1-over 73 Saturday in challenging conditions en route to a 14-shot victory over the rest of the field. Meanwhile, Cranbrook Kingswood collected its first Finals title since 2006 by shooting 694 for a six-stroke victory over runner-up Grosse Ile.

“I was hoping to go a little bit lower – that was my goal coming into today; really, to get it to double-digits under par was my goal,” said Timpf, who missed a playoff for medalist honors in last year’s Final by one shot when she bogeyed her final hole.

“It was tough conditions today, but I didn’t play my best. I let some shots get away, had a double out there. It was just a little bit tougher today.” 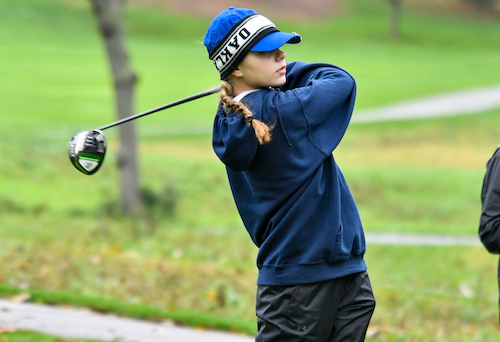 “For my seniors that played today, this was their fourth state (finals tournament). They played in it as freshmen. … For them, they weren’t nervous,” said Cranes coach John Minnich, whose last three teams finished fifth, eighth and fourth at the Division 3 Finals. Three of the five players in this year’s lineup were seniors who were plenty familiar with playing at the championship level.

In addition to Samsonov, seniors Ashley Cong and Katherine Li shot 175 and 186, respectively, to help Cranbrook Kingswood. Sophomores Sienna Ilitch and Mackenzie Behnke posted 163 and 189, in that order.

Nobody was going to give Timpf a run for her money, but for Cranbrook Kingswood, there was strength in numbers. A tough schedule throughout the season, competing against the likes of eventual Division 1 champ Northville, perennial power Marian and Division 2 fourth-place Farmington Hills Mercy, had the Cranes prepared to win Division 3 this time.

“It was one of those things where I told them, ‘You know, you guys could probably have a pretty special team. Stay together, keep working at it, keep playing,’ and they did,” Minnich said. “They put in the time, they put in the work and, you know, it was a great season.

“The program is kind of on an up-tick. (Cranbrook) girls want to play, they’re excited about playing golf,” Minnich said.

Timpf has been playing golf since a young age.

In the summer of 2020, Timpf gave eventual Michigan Women’s Amateur champion Anna Kramer a run before falling to her in the quarterfinals, 1-up, at Forest Akers West.

“(Last year’s Finals finish) did drive me because I knew that I could have won that tournament. I mean, I bogeyed the last hole to miss the playoff,” Timpf said. “And since we couldn’t take flagsticks out (last year), two my 3-footers hit the (stick) and bounced out.”

Everything about Timpf’s game was working Friday, and putts were dropping.

It was more of a challenge Saturday.

“I mean, yesterday I felt like I played great – everything was working together, putts were dropping,” Timpf said. “Today, not as many, but I did get away with a few. I missed a few 3-footers.”