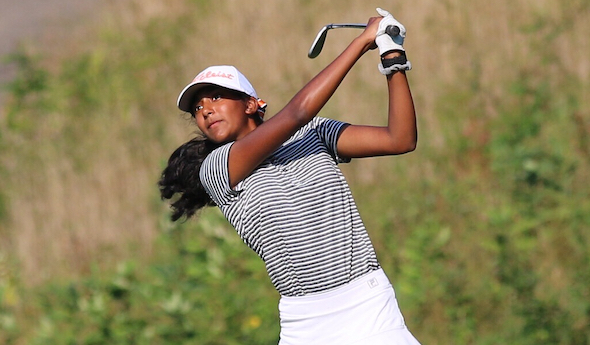 As we collectively cope with the COVID-19 pandemic, individually we search for some semblance of normalcy.

For athletes like Katelyn Tokarz of Northville, participating in athletics has allowed, if only temporarily, for a bit of respite from the uncertainty of living in the midst of a pandemic.

Tokarz enters her fourth season as a member of Northville’s girls varsity golf team. She is relieved as well as thankful to have the opportunity to compete once again, knowing many of her classmates, and thousands of other students statewide, are not so fortunate.

“I was concerned (that) we wouldn’t play,” Tokarz said. “We were stressed out that (the season) wouldn’t happen. I’m just grateful to have a season. Anything is better than nothing.”

Tokarz has been one of coach Chris Cronin’s top players from day one, and this season she and her teammates have the opportunity to accomplish something special.

Northville won its first MHSAA Finals title two years ago by 31 strokes, and the Mustangs were dominant again in capturing their second consecutive Lower Peninsula Division 1 championship in 2019. Should Northville make it a three-peat, it would join Grand Blanc (Division 1, 2004-06) and Kalamazoo Central (Class A, 1994-96) as the only programs to win three consecutive titles in the MHSAA’s top division/classification.

Northville won last year by 32 strokes ahead of second-place Grosse Pointe South, and Cronin returns five of his top seven golfers. Tokarz, junior Megha Vallabhaneni and sophomore Samantha Coleman all are back after being named to the Division 1 all-state first team by the coaches association.

Cronin is in his fifth season as head coach; he’s also coached the boys program for the past five. But he’s hardly new to the program and athletics, in general, at Northville. He coached cross country for 23 seasons before switching to golf. He also served as an assistant golf coach and was part of the program when Wes Gates captured in the LPD1 individual title in 2009. 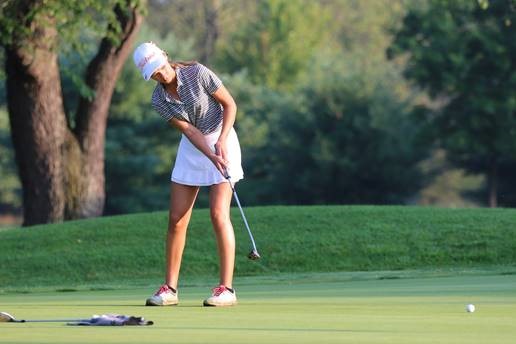 In Cronin’s second season with the girls golf program, the Mustangs placed fourth at the 2017 Final – giving us a glimpse of what was to come.

“The first year (2018) we won it, we seemed to consistently win tournaments throughout that season,” Cronin said. “I’m big on statistics, and our margin of victory was 15 strokes.

“We knew we had the talent. We just didn’t want to get in our own way. We had a lot of depth, which is unusual for most programs. We had girls who didn’t play who could have played for other programs.

“I got a little lucky last year. I had two seniors who hadn’t played well during the regular season. But they continued to improve, and by the time the (MHSAA) tournament came around they hit their stride.”

As good as Northville was the past two seasons, Cronin said this year’s team, while not as deep, could be better. Even if this is true, Cronin said winning the title this year will be more challenging that during the past two.

“There are a number of teams that are better than they were a year ago,” he said. “Rochester Adams (seventh last season) has a lot back, and they’ve already shot 299 in a tournament. (Coach) Dan Young at Plymouth (third last season) has a solid team. When all is said and done, there are about five teams who are equal.”

Northville is off to a good start, having won two invitational tournaments (Highest Honor Invitational at Huron Meadows Metro Park and the Sentech Invitational at Kensington) with identical 306 totals.

In this undeniably unique season, Cronin said coaches must adapt and be more creative due to COVID-19 restrictions. One limitation is the number of players teams are allowed to enter in a tournament. In the past coaches could enter five, counting the top four scores. Teams are now limited to four players. Northville team dinners, a time when players bonded, are a thing of the past. And awards ceremonies have been all but eliminated to limit individual contact. 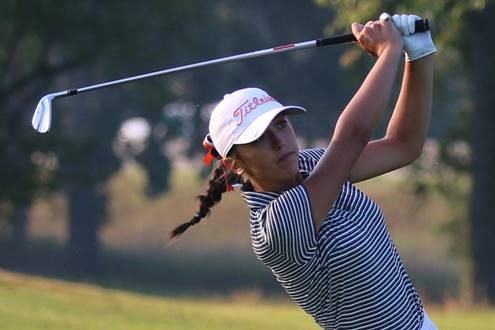 “As a coach I have a mask on all of the time,” Cronin said. “The new players have only seen my face on FaceTime.

“So many things we’ve done in the past was predicated on working closely with one another. The girls looked forward to the awards ceremonies. Now you don’t have that. They play and go home. Sometimes it takes seven hours or so before they get the results.

“That said, I feel from my heart we are fortunate to be out here. When they’re playing, that’s when they’re the most normal. They’re not thinking about COVID when they’re walking the fairways. I’ll live with the restrictions.”

Players like Tokarz are likely the least affected. Experienced players at her level compete in tournaments during the summer sponsored by the Golf Association of Michigan (GAM) and others outside of school. It’s the younger players who are missing out the most.

“We work in small groups now, and we keep the groups the same every day,” Cronin said. “In the past I’d mix up the players so the younger players could be around the older girls to watch, to see how they line up putts, for example, and just watch the way they go through their routine. Not now.”

That said, the challenges are the same for everyone. Players and coaches alike must adapt and be more creative. Northville again is well on its way.