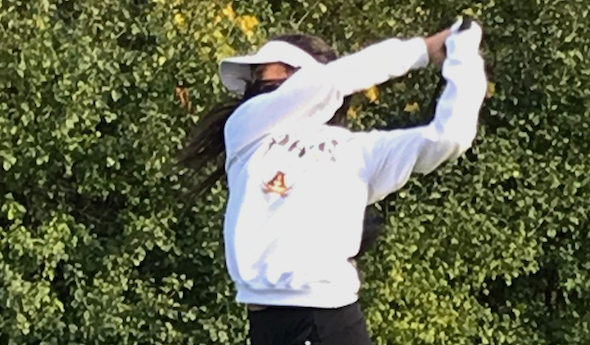 Time will tell how the Rochester Adams girls golf team will be judged this season.

But oh, what a ride it’s been so far.

Remarkably, Adams placed first in all seven of its tournaments heading into Wednesday’s Oakland County Invitational. In two of Adams’ tournament wins (at Hartland and Midland invitationals), the Highlanders bested then top-ranked and reigning LP Division 1 champion Northville. Adams has since moved to No. 1 In Division 1 with Plymouth No. 2 and Northville No. 3 according to the Michigan Interscholastic Golf Coaches Association.

To suggest that this was a fluke is bunk. It’s possible for a team, or an individual, to complete that once-in-a-lifetime 18-hole round and finish on top. But seven times? Consecutively! Remarkable indeed.

Adams coach Jeff Kutschman knew this team had potential. So did his golfers. Last season Adams won its first three tournaments and finished a more-than-respectable seventh at the MHSAA Division 1 Final. That represented Adams’ first appearance in a Final since 2011, when it placed 14th. The Highlanders also placed second in the county meet and at Regionals in 2019. And they won the Oakland Activities Association White, the program’s first league title in 20 years.

Adams graduated two of its top five in the spring, but the two freshmen who replaced them are rising stars.

“We’ve got a bunch of trophies on the kitchen counter,” Kutschman said. “I told the girls, last year when we won those first three (that) this was amazing. (After the seven tournaments) I tempered them. They’re pretty grounded. I don’t have to tell them not to have a big head.

“The girls continue to impress me. I’m amazed at what they’ve done. And they’ve worked hard. (During) practice they’re constantly working on different parts of their game. After practice I’ll leave and they’ll text me and say things like I just made 250 putts from four feet because I wasn’t happy with my putts from that range.

“They know the game. They’re students of the game.”

Kutschman, an Adams graduate and teacher at Hart Middle School in Rochester, is in his fourth season as head coach. Five of his 10 golfers are seniors, but just one – Carly Ortwine, a captain – is among the top five. The other top players are junior Alyssa Fodale, sophomore Grace Wang and the two freshmen, Laura Liu and Fodale’s sister, Katie.

Liu leads the team in scoring average; Wang is second. Each was medalist twice during those first seven tournaments, and each placed second twice.

As fierce as the competition has been in the tournaments, the rivalry, though friendly, among Liu, Wang, Ortwine, et al, has only added to this season’s theatre.

“The girls have had an internal competition, which has been good,” Kutschman said. “The girls are constantly saying I want my teammates to do better and, at the same time, they want to be the one with the best score.”

An example took place at the Jackson Area Invitational where Liu was medalist with a 76, Wang placed second with an 80, Ortwine was third with an 81 and Katie Fodale was next with an 83.

The competition within this group is pretty intense.

For her part, Ortwine has made significant strides since her freshman season. She shot 89 at the Regional as a junior, which placed her in a tie for 13th. At the Division 1 Final at Forest Akers West in East Lansing, arguably the most demanding of the four courses to host a Finals last season, Ortwine carded a two-day total of 179 (87-92) helping her team to that fine finish.

This season she opened with a 78, 78 and a 77 before slipping to an 89 at the Patriot Cup. Ortwine rebounded with an 81 at Cascades and an 84 at the challenging Katke-Cousins Golf Course at Oakland University, then came in with a disappointing 90 in Midland.

“I’ve had some downfalls in my career,” Ortwine said. “Sometimes when you play (poorly) you get frustrated. Our coach does a good job of keeping us positive. We all support each other.

“We’re definitely close. Last year we had a pool party together. It’s important to step away and talk about other things, away from golf.”

With the MHSAA Tournament fast approaching – Adams’ Regional is scheduled to be played Oct. 7 with the Final on Oct. 16 at Forest Akers East – there’s pressure to play your best when so much is at stake.

For many years Adams has played in the shadow of city rival Rochester High. The Falcons have won four MHSAA titles, the most recent in 2016. Adams is seeking its first Finals championship, with the Highlanders’ most recent run at the top spot a runner-up finish in 1999.

Adams can start another tournament streak at Monday's league finale, and the Highlanders plan to take this season's final steps one at a time. Ortwine is optimistic with regards to her team’s chances in October, but isn’t looking past the tasks at hand.

“”I’m definitely motivated to win a state championship,” she said. “But we’re not thinking about that right now. We’re concentrating on winning a league title, then moving on to the Regionals.”