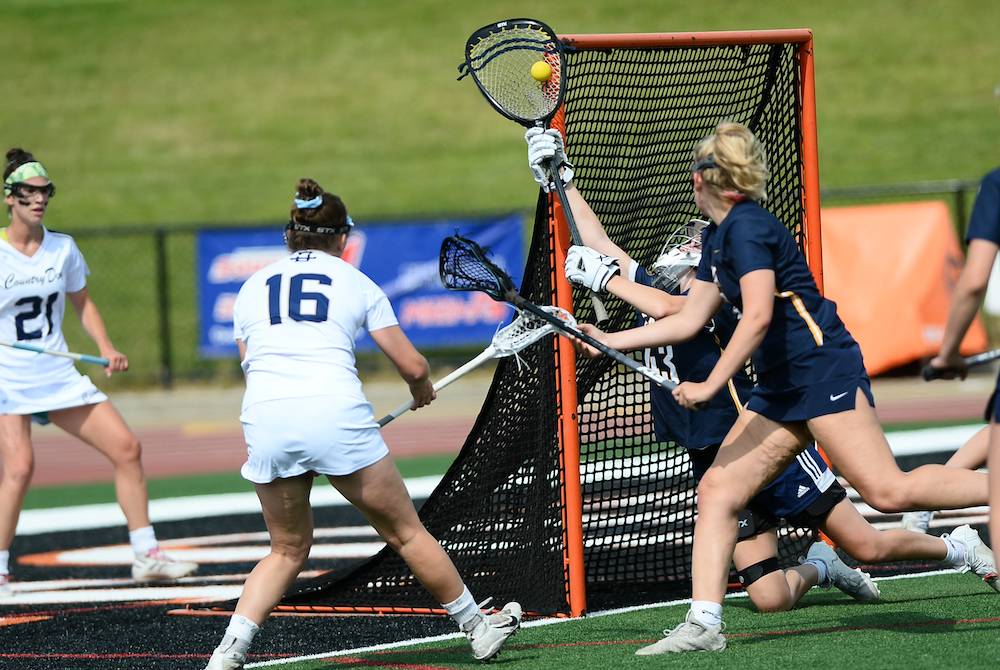 ROCKFORD – As a player from East Grand Rapids’ first girls lacrosse championship team in 2012, it means everything to Meggan Lloyd to uphold the Pioneers’ rich tradition.

She’s off to one heck of a start as the Pioneers’ head coach. She’s 1-for-1 in guiding her alma mater to Finals titles.

It wasn’t easy, but East Grand Rapids got it done Saturday in the MHSAA Division 2 championship game with a 12-11 sudden victory in the third overtime against Detroit Country Day at Carlson-Munger Stadium.

Senior Lizzie Lundeen’s goal 18 seconds into the third OT period secured the Pioneers’ eighth Finals championship over the last 10 years, not counting the 2020 season which was canceled because of COVID-19.

“I feel like being on some of the first teams that started the tradition, it’s really important that I see it through,” Lloyd said. “I feel like the team is kind of my baby in a way. I don’t ever want to see it dwindle or go away, so I’ll do everything in my power to make sure that we’re coming out strong every single year, no matter who’s on the team.”

Saturday marked the second thriller that East Grand Rapids (20-2) and Country Day (16-3) played this season. The Pioneers needed overtime for a 15-14 decision over the Yellowjackets on April 19.

The championship match was a dandy as well, featuring four lead changes as momentum swung back and forth.

“Flip of the coin in that game; flip of the coin. Hats off to EGR. They’re a fabulous program. The amount of depth that they have in their ranks is really something,” Country Day coach Emma Kuehl said. “I couldn’t be prouder of my team. You know, I don’t think a lot of people expected us to be here this year and they have worked tirelessly to get to this point, and I couldn’t be prouder. 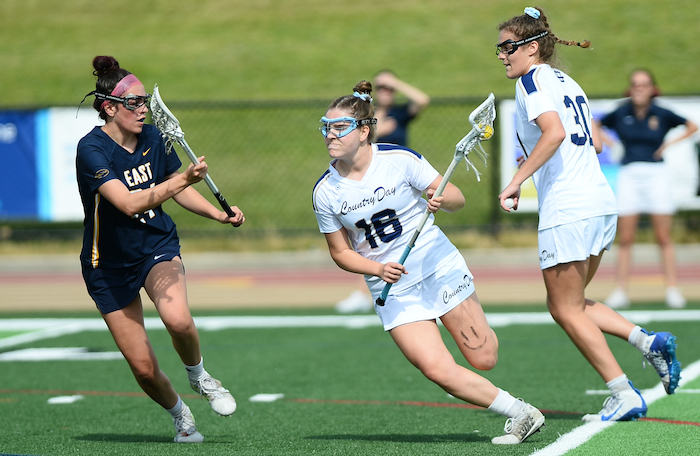 “It’s almost worse going out like this,” Kuehl added with a grin, “because we were so close – so close. But, you know, we’ll use it as motivation for the future.”

The future is now for the EGR seniors, the core of whom won their third Division 2 title in as many opportunities.

Some do have lacrosse futures, such as Lundeen and Eliana LaMange, who are both Division I-bound athletes. The former is headed to Kent State and latter to Robert Morris. They’ll be rivals in the Mid-American Conference.

Before that, they wanted to leave a legacy at East Grand Rapids. Mission accomplished.

“At the end there, once we won the draw, I knew someone had to take charge. Once I popped out and got that pass, I went past my girl and I knew I had an opening so I just ripped a shot and it went in,” Lundeen said. “I was trying to make (Yuhn) think I was going to shoot low, but then it kind of went near her hip side, so lucky it went in.

“It was overwhelming when it went in. I couldn’t believe it at first,” added Lundeen, who immediately found herself at the bottom of a pile of teammates 10 yards from the goal where she scored the winner. “It was amazing. I was at the very bottom, crying like a baby.”

Eliana LaMange watched as Lundeen won the draw to start the third OT period and split four defenders. LaMange called it “awesome” on Lundeen’s part. Kuehl said it was a breakdown on her defense’s part.

LaMange said the match was intense, but she believes the Pioneers performed well under pressure.

“It’s pretty awesome to end our senior year like this,” LaMange said.

Lloyd said her team needed to put the ball away and eventually did. The rookie coach was proud of the Pioneers’ defense for stepping up and shutting out the Yellowjackets in overtime.

Winning state titles never gets old for EGR and Lloyd. 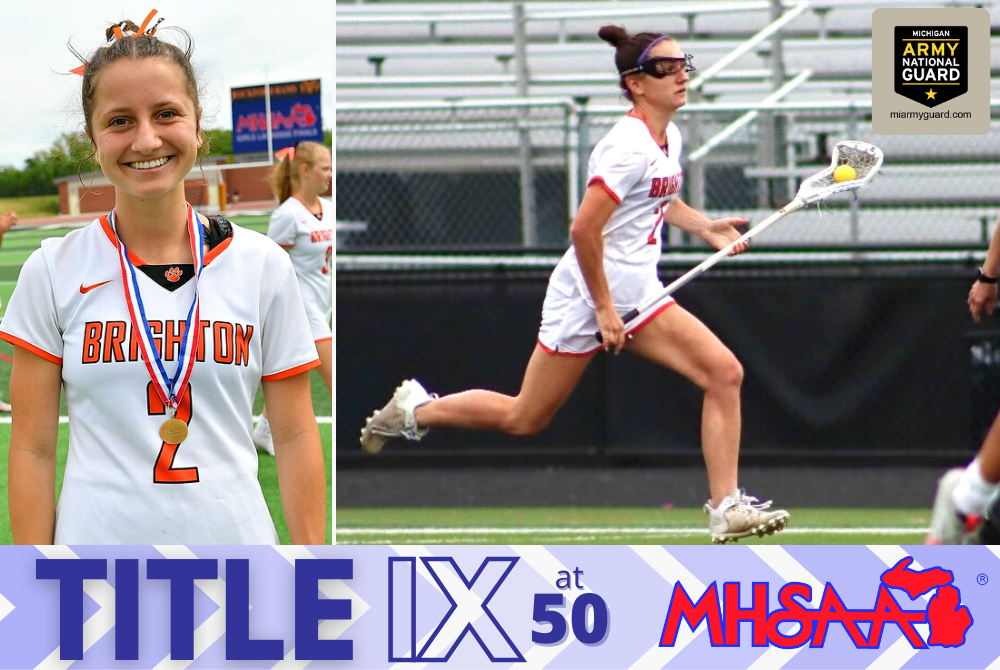