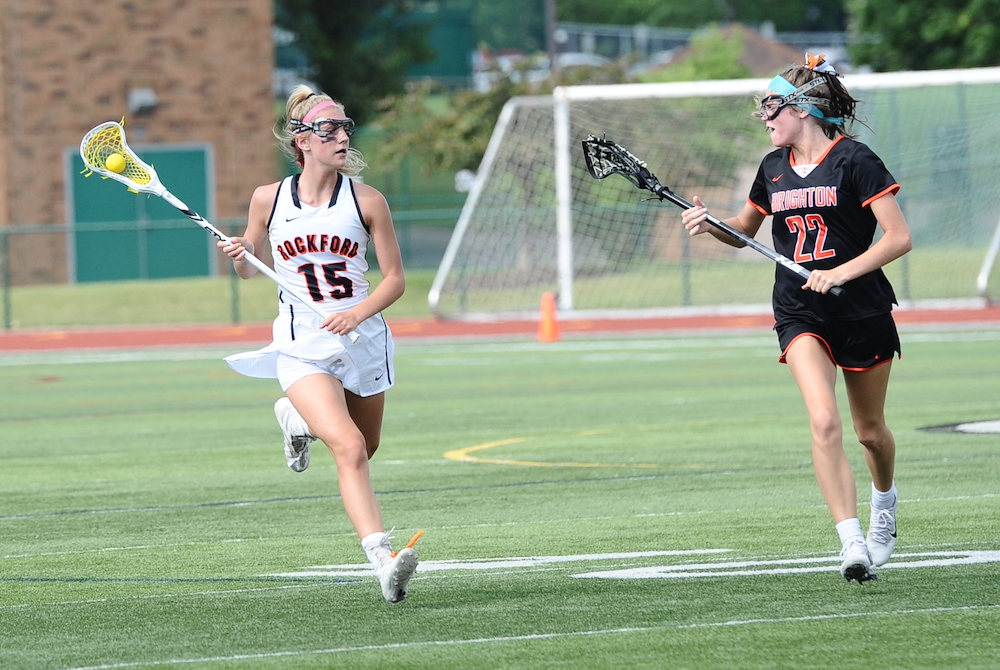 NOVI – Overcoming a canceled season in 2020, Rockford made it eight straight Division 1 lacrosse titles with a 19-16 victory over Brighton on Saturday at Novi High School.

Only last’s year break due to COVID-19 has interrupted the Rams’ near decade-long dominance – although the Bulldogs made a strong attempt as the teams met in the championship game for the third-straight season.

“This is just a special group of young ladies,’’ said Rockford coach Mike Emery. “They’ve been through so much with the off-field stuff, COVID and the protocols. We lost our season last year. To be able to finish our season this year is just incredible.

"We’ve had a lot of great teams, and this team stacks right up there with them. This is one of my most rewarding seasons.”

“We had a lot of players under quarantine back then,’’ said Brighton coach Ashton Peters.

“I think they started to get a run on us in the beginning (this time). We came back and made it close, we just didn’t have enough time. I truly believe we could have won, but they scored five straight points and we couldn’t get back in it.’’

Rockford got on the board early on a goal by Chloe Dunham, who scored six goals total, with an assist from Mackenzie Delacher. Seconds later Isabelle Osborn, who tallied five goals, scored for the Rams to make it 2-0.

Osborn made it 3-0 less than one minute later with her second goal. 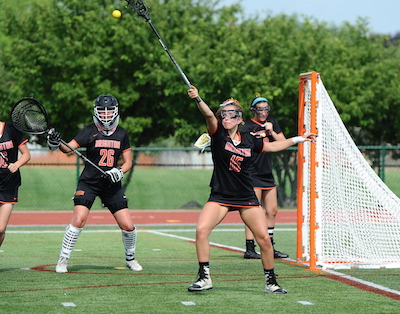 Brighton finally got on the board with a goal by Gabby Mainhardt. But Sydney Walsh made it 4-1 for the Rams, and seconds later Chloe Holmes tacked on another to make it 5-1.

Mainhardt scored her second to cut the deficit to 5-2.

Holmes scored her second for Rockford to make it 6-2. Ella Boose became the second player to score for Brighton to trim the deficit to 6-3.

Osborn scored her third goal of the game to make it 7-3, and Katherine Rodriguez scored seconds later to make it 8-3.

Sophie Mondro ended the streak for Brighton to reduce the lead to 8-4. Rodriguez scored her second for Rockford for a 9-4 lead.

“We didn’t really know what to expect this year, and it kind of gave us a new perspective as far as what a privilege it is to be out here, and we love the game,’’ Dunham said. “We played that way today. We have a lot of balance and we trusted each other.’’

Mainhardt scored her third for the Bulldogs to make it 10-6. Osborn’s fourth gave Rockford an 11-6 lead, but Kaia Malachino closed the first half with a goal for Brighton.

After trailing 11-7 at halftime, Amanda Granader scored her second goal of the game to get Brighton within 11-8 early in the second half.

Walsh helped stem the tide with her second goal to make it 12-8.

Rodriguez scored her third to increase the Rams lead to 13-8. Dunham made it three straight goals for the Rams to extend the lead to 14-8.

Dunham’s fourth made 15-8 as Brighton’s offense wilted until Mainhardt scored back-to-back goals to make it 15-10. She finished with five goals. Dunham added her fifth with an assist from Osborn to put Rockford up six.

Two goals by Amaria Whitby got the Bulldogs to within five goals, 15-13.

With 1:09 left, the Bulldogs had cut the lead to 19-16 on Boose’s second goal as Rockford’s offense became turnover prone. But the Rams were able to hang on for the final minute-plus to close out the championship.