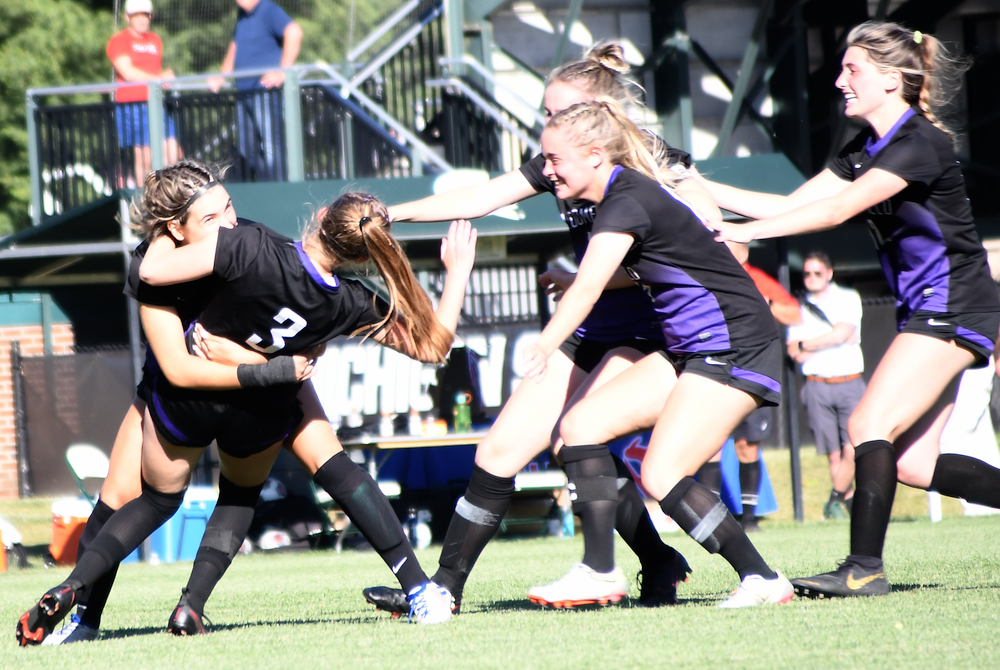 But an offsides penalty nullified what would have been a rare goal against one of the state's stingiest defenses.

Undaunted, the Bloomfield Hills senior forward scored again off a great assist from Brooke Green at 5 minutes, 44 seconds into the second half – just the eighth goal Northville had given up all season. The Black Hawks could sense the upset against the unbeaten Mustangs.

Ultimately the game went to a shootout, and it was one more Badallo goal that put Bloomfield Hills up 4-1 and clinched an overall 2-1 victory over the previously-unbeaten Mustangs – earning the Black Hawks' their first Finals championship in girls soccer.

“I think the goal they disallowed was an indirect kick,’’ said Badallo. “We finally got it going and … it was kind of a letdown, but we knew this game was going to be a struggle.

“We finally got those goals. We ended up finishing up in the PK. I don’t even know how to explain the feeling. I’m so just happy Jenica (Opdahl) came up with those big saves. I was able to go in there with a lot of confidence.’’

“I stood to one side leaving one side of the net wide open,’’ she said. “So, I knew they were going to shoot it that way. It worked.’’ 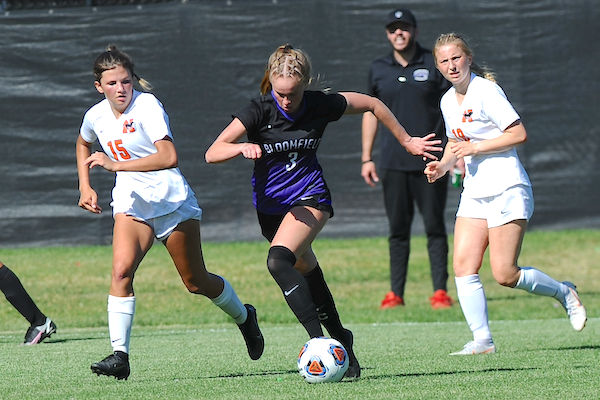 “I can’t even believe it,’’ said Merchant, whose goal made it 3-1. “We practice penalty kicks every single day, 15 minutes every practice. To see all our hard work pay off is indescribable.’’

It was a battle of stingy defenses colliding in a struggle that lasted through regulation and overtime.

The second period of overtime saw Bloomfield Hills’ Avary Hall also put the ball into the net, but the goal was called off because of offsides.

Badallo’s second-period score was her 17th goal of the season, and none had been bigger.

“We always talk about the golden minutes,’’ said Black Hawks coach Alan Zakaria. “I was proud of the resilience we showed. You score a goal and have great energy, and it’s disallowed. Our girls responded in a big way. What a great player (Badallo). Our goalkeeper made some great saves. Unbelievable resilience to pull it out.’’

The Mustangs’ Kate Gonzalez got Northville on the board at the 15:27 mark of the second half with a header off an assist from Lauren Moraitis, her 24th, to tie the game at 1-1.

The Black Hawks (15-2-3) were playing in their first Final and entered the contest having won or tied their last 14 games, while Northville had two runner-up finishes, the most recent in 2014.

Led by nine seniors, the Mustangs hadn’t given up more than one goal in a game all season, posting 16 shutouts on their way to the championship while allowing just seven goals. The Black Hawks posted 11 shutouts this spring.

Bloomfield Hills pressed the action early Friday and had a couple of chances to score but the Mustangs defense, as usual this year, held tough.

Halfway through the first half Northville’s offense started peppering shots at Opdahl, but she was up to the task. Northville played five midfielders in an attempt to put pressure on the Black Hawks’ defense, generating scoring chances.

The Mustangs (18-1-5) had a pair of scoring chances as the second half began to wind down before Gonzalez sent in the equalizer.

“I thought we had some momentum when Kate scored,’’ said Northville coach Jeannine Reddy. “I thought both teams played great. It’s tough to lose that way. It was a good Division 1 state final. Both teams battled. You don’t want that to be your last memory.”