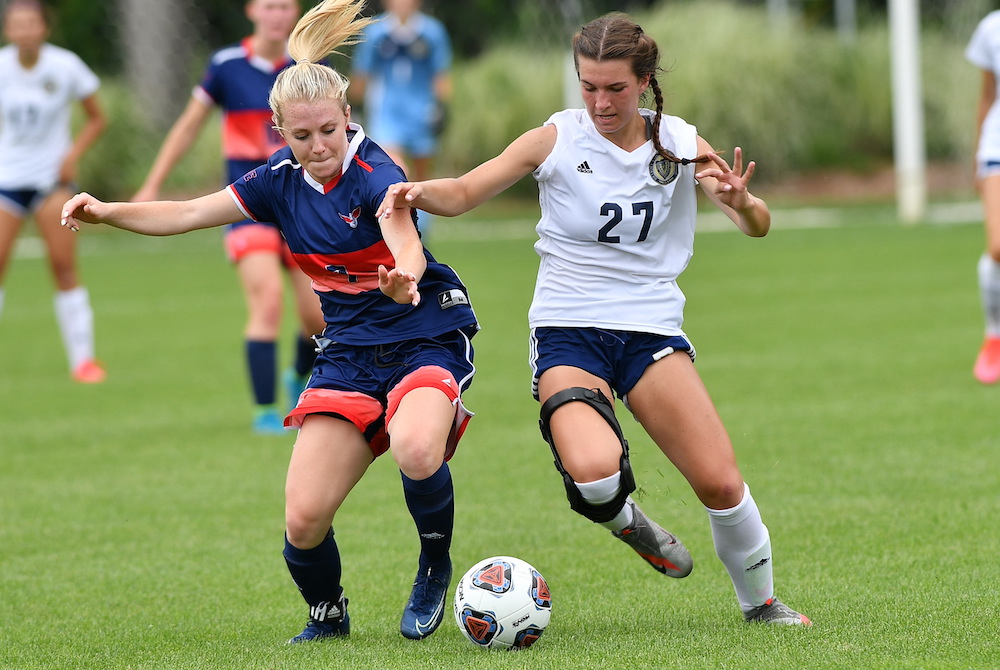 EAST LANSING – Madison Salzenstein watched her shot hit the back of the net Friday with 8 minutes, 28 seconds to play in the MHSAA Division 3 Girls Soccer Final, and finally allowed herself to believe the job was done.

The Detroit Country Day senior spun toward her teammates at the edge of the six-yard box and let out a scream.

“I knew we were state champs right then,” she said.

Salzenstein scored a pair of goals to lead the Yellowjackets to a 3-0 victory against Boyne City at DeMartin Soccer Complex at Michigan State University. The win gave Country Day its sixth soccer title, and first since 2004.

“Euphoric is the only way to describe it,” said Country Day senior Calihan Bearden, who scored the other Yellowjackets goal. “We’ve been waiting so long with this group. We knew it was possible. Last year really set us back, but we knew this year was the year. It’s awesome.”

Country Day’s seniors fittingly came up with the big moments while getting the program back to the top, as the team was dominated by the Class of 2021, with 12 on the roster and eight in the starting lineup.

“There’s definitely been pressure,” Salzenstein said. “We knew that on paper, this team has many, many talented players, and we just knew that we had the talent to do it, we just had to get it done. We had a lot of pressure, but we were able to push through and get to it and we were able to win. So, it was amazing.”

Country Day (17-2-2) owned the game in the midfield, not allowing Boyne City’s sister tandem of Jordan and Taylor Noble to get going and threaten Yellowjackets keeper Lila Bienhold. The Nobles had combined for more than 60 goals during the season, but Bienhold didn’t have to make a save, only getting involved when she expertly read long balls and played them back up field.

“It was just a matter of knowing where (the Nobles) were at on the field and respecting the speed and their quick counter,” Country Day coach Laura Hamway said. “The system we played, we were up a number on them in the central midfield, so we were able to possess like a constant triangle around them and go out the other way.”

Boyne City coach Eduardo Fantozzi knew coming in that his team was up against a tough opponent, and seeing Country Day up close was just as impressive as he anticipated. 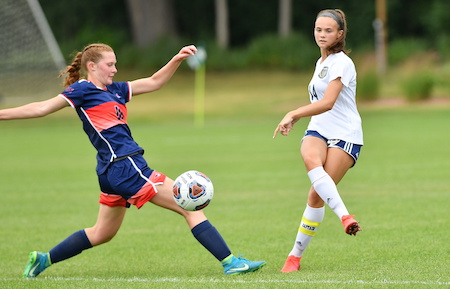 “Their speed is – they pass well, they’re all technically strong, and they have great speed from the back to the front,” Fantozzi said. “That’s a tough team to beat. That’s why they beat Troy Athens, the team that’s in the Division 1 state finals tomorrow. That’s the reason why. What are you going to do with that?”

While Country Day had controlled the majority of the first half with possession, its breakthrough came on the counter.

After dealing with a Boyne City free kick, the Yellowjackets sprung Victoria Miler down the field, and the dangerous freshman was brought down in the box, earning her team a penalty. Bearden left no doubt, powering the spot kick into the back of the net and giving her team a 1-0 lead with 10:11 remaining in the first half.

“So stressful,” Bearden said. “I’ve never missed one in practice, so I knew if I just focused I would be fine. It was a little close to the middle for my liking, but it’s OK, it went in. A goal is a goal.”

Up to that point, Boyne City had done a good job of limiting Country Day chances despite spending most of that time on the defensive. The Yellowjackets’ best chance early was a Gigi Gallette shot from outside the box which rattled the crossbar. Miller also created a chance, dribbling through the center of the Boyne City defense, but the ball was swallowed up by Boyne City keeper Maggie McHugh before Miller could get off a shot.

Country Day’s Yu nearly doubled the lead during the final minutes of the half, just missing the top corner on a volley off a corner kick.

The Country Day assault continued early in the second half, and Salzenstein had a pair of big chances within a minute. The first was thwarted by McHugh, while Salzenstein took advantage of the second, beating a defender at the top of the 18-yard box and sliding the ball past the Boyne City keeper to give her team a 2-0 lead with 36:16 to play.

Salzenstein put away what little doubt remained with 8:28 to play, scoring her second goal off an assist from Jordan John.

Boyne City (21-2-2) was making its first appearance in an MHSAA Final and defeated perennial power Hudsonville Unity Christian in the Semifinal to reach it. While it ended in a loss, Fantozzi and the fans who packed into the stands Friday saw the season as an absolute success.

“We’re the only Boyne sports team to ever make it to a state final in school history,” Fantozzi said. “For the community, you saw them out there, it’s amazing. We had great support. They love these kids. But that’s what it’s all about.”