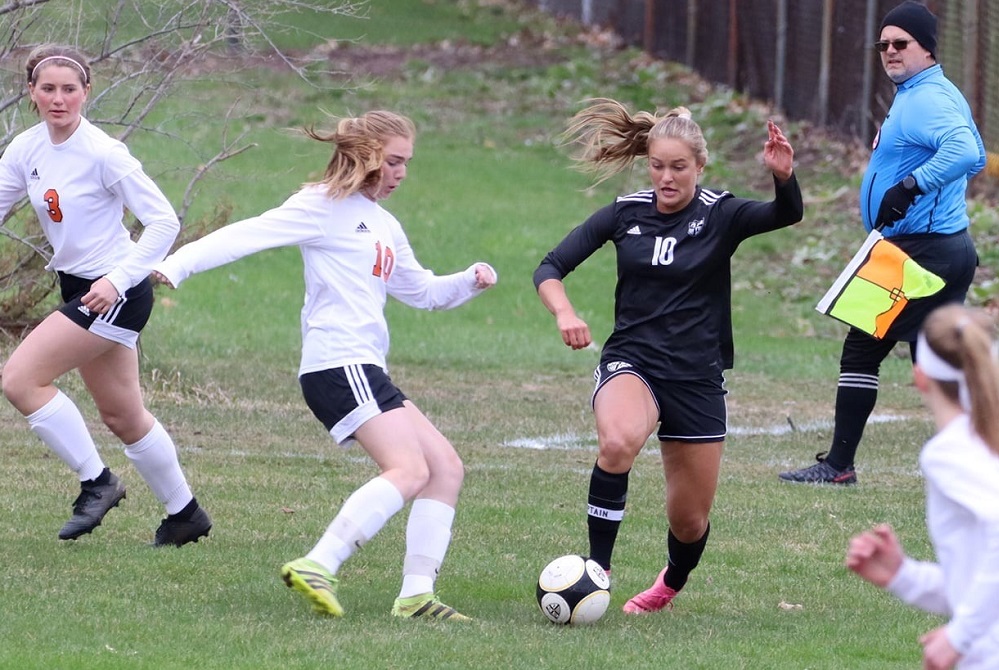 Meeting and exceeding expectations of the Northwest Conference has been little challenge lately for the Glen Lake girls soccer team.

The Lakers haven’t lost a conference match since 2019, also the last time they failed to win the conference championship.

On Monday, the Lakers have a chance to finish a second-straight undefeated league season when they take on Buckley, coming in at 4-5-4. The Lakers already have defeated the Bears this season, and no league opponent has come within six goals of catching them.

Glen Lake has scored 72 goals in league play and allowed just one.

But while the Lakers have fared very well against league competition over the last many years, they are eager to match that success in the MHSAA Tournament.

Fifth-year coach Eric Luthardt and the Lakers hope to get back to the deep postseason runs made under former coaches Andy Smith and Meg Murphy.

“Glen Lake girls have won quite a few conference titles in the years prior to me,” he said.  “It is almost expected, kind of like Leland winning the boys.

“People just assume — and there are teams that assume — we’ll win the conference. But the big one that has been missing for a while has been a District championship,” he continued. “So that’s the next step for us.”

As the second seed in their District, the Lakers will open tournament play May 31 against the winner of Charlevoix and Leland. Top-seeded Harbor Springs is on the other side of the bracket, awaiting the winner of Grayling and Suttons Bay. 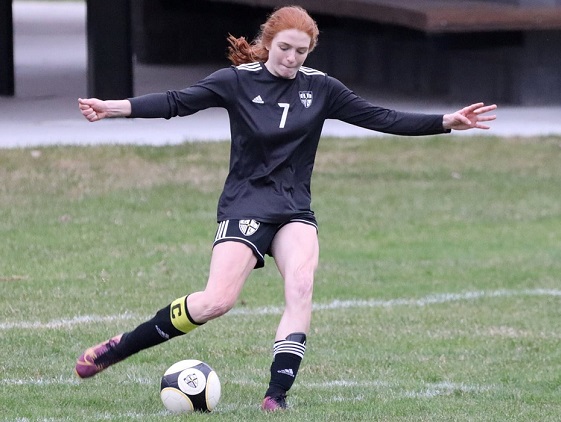 If the Lakers secure the District title, they will take on the winner of the McBain District.  Host McBain Northern Michigan Christian has the number one seed there. The Lakers and the Comets have not met this season, and neither has faced Harbor Springs this spring.

“As far as accomplishments, we definitely want to win Districts, and I think we have a really strong chance at Regionals,” said Luthardt, who also serves as assistant coach on the Lakers boys team.  “Harbor Springs will be challenging.

Buckley, which went undefeated in league play last fall and advanced to the boys Regional, is coached by John Vermilya on both the boys and girls sides. He’s been very impressed by the Lakers this spring.

“This year, the Lakers are untouchable for the rest of us in the Northwest Conference,” he said. “They have two or three girls that are good enough to have been starters on our boys championship team.”

Glen Lake has only 14 players on the roster. The Lakers have been forced to play considerable minutes with just 10 on the field due to injuries and illnesses.

They have been led by junior center mid Ruby Hogan and senior forward Jess Robbins. Both have 25 goals; Hogan adds 16 assists and Robbins 11. One of Robbins’ goals was scored on a free kick from the midfield stripe.

The Lakers also have benefited from sophomore Paige Steffke’s 15 goals and 14 assists and junior Gemma Lerchen’s 13 goals and 10 assists.

Sophomore goalkeeper Natalie Bailey has gained tremendous experience and confidence, Luthardt pointed out. She has 37 saves on the season and has allowed only 16 goals – nine of which came during the Lakers’ first three games of the season. 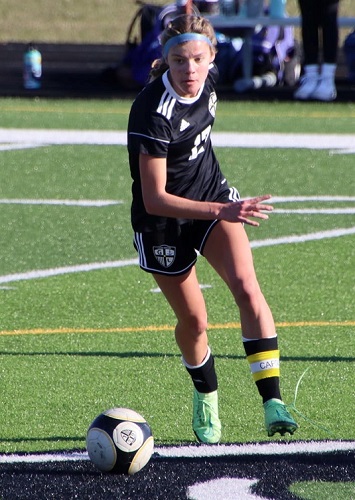 A field player last year, Bailey recently has benefitted from the special coaching of Becca Nowicki, a former Lakers goal standout. Nowicki is back in the area after playing soccer in England last fall for the Macclesfield FC International Academy. Macclesfield bills itself as the United Kingdom’s leading private development academy.

“We want the goals, but the girls really want shutouts,” Luthardt noted.

The Lakers are 12-3 overall headed into the final regular-season game, and Luthardt is confident they have learned from their mistakes this season. Glen Lake’s defeats came to Division 1 Traverse City Central, the Traverse City West junior varsity and Division 3 No. 6 Elk Rapids.

“We had a couple of losses early in the season, which is a reminder of how far we’ve come,” he said. “We played panic ball.

“If we’re doing to go far, we’re going to have to correct that.”

Luthardt is enjoying the moment and taking things one day at a time. He anticipates much stronger conference opponents in the upcoming seasons resulting from developing community youth soccer programs.

Like Nowicki, other former players have shown a great interest in the Lakers’ efforts this year.

“It’s seeing the past Lakers players come to games and seeing how much they miss soccer,” Luthardt said. “Conference titles and these things are of course great, but it is the other stuff too that is really fun to see.”

Time will tell how far the Lakers go this tournament run.

“We want to try to get far as we can,” Luthardt said. “Obviously we have our eyes on the prize, you know, the one little thing, the Finals.”