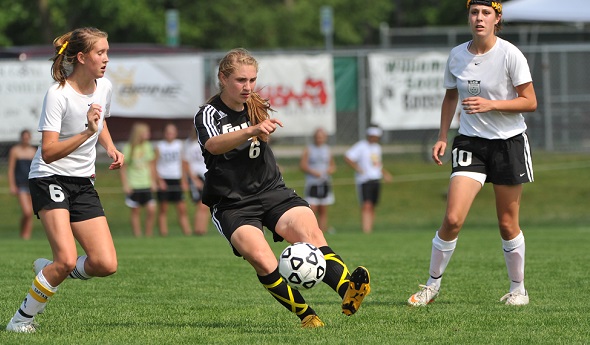 The Ventures’ most recent in both categories came down to the final minutes and a memorable “moment” supplied by their skillful star forward.

Today’s recalls Erin Weide’s game-winning goal to get Foley past previously-undefeated Lansing Christian 2-1 in the 2011 Division 4 Final. Weide beat two defenders and fired a shot hard enough to be deflected and still find its way into the net with a little more than two minutes to play. She also had assisted on her team’s first goal of the contest.

Weide went on to star at Adrian College, while Bytwerk played basketball and then switched to volleyball at Spring Arbor, becoming a standout in the latter.

Click for coverage of Bishop Foley’s 2011 championship win from the Oakland Press and watch Weide’s winner below from the MHSAA Network.