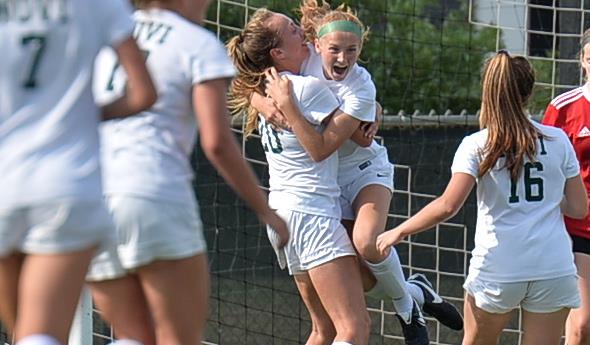 Through the first six games and 76 more minutes of the 2018 Division 1 Girls Soccer Tournament, Grand Blanc hadn’t given up a goal.

But with the championship game rolling toward the end of regulation, Avery Fenchel capitalized on a rare opportunity.

Fenchel, then a sophomore, took advantage of a defensive miscommunication in front of the Bobcats’ net and fired the winning shot with 3:29 to play to give Novi a 1-0 advantage on the way to its sixth Division 1 championship. (That total stands at seven now after the Wildcats’ repeat in 2019).

“I was just running after it, and it just went into the back of the goal,” Fenchel said that day. “I just turned around and ran towards my team. I was so excited.”