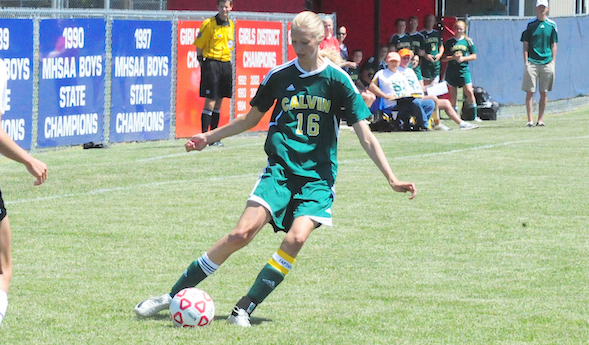 The setting is new – at least somewhat – as the MHSAA Girls Soccer Finals return to Michigan State University this spring for the first time since 2012. The format is new, as two Finals will be played Friday and Saturday.

But most of the favorites are familiar as three teams compete to repeat as champions.

The narrative is the opposite in Division 1, where both teams are playing for the first title in program history.

Below is this weekend’s schedule, followed by glances at all eight finalists.

Tickets cost $8 per day and include admission to baseball and softball games that day also at MSU’s Old College Field. Radio broadcasts of all games can be heard online at MHSAAnetwork.com. All games will be streamed live online at MHSAA.TV and viewable on subscription basis.

SALINE
Record/rank: 21-0-3, No. 6
Coach: Dana Restrick, sixth season (record at school N/A)
League finish: First in Southeastern Conference Red.
Championship history: Has never played in an MHSAA Final.
Players to watch: Sofia Sweier, sr. GK (0.17 goals-against average, 20 shutouts); Taylor Mulder, sr. F (41 goals, 11 assists); Amanda Zylstra, sr. D (3 goals, 5 assists).
Outlook: Saline is 40-3-6 over the last two seasons and won its first Regional title last week. No. 3 East Kentwood in the Quarterfinal was the eighth straight opponent to be shut out by the Hornets, who have given up only four goals this season. Sweier and Zylstra made the all-state second team last season, and Mulder made the third.