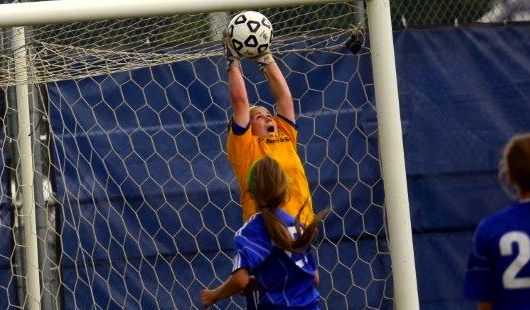 That alone tells the stories behind two of this weekend’s four championship games.

Clarkston Everest College/Waterford Our Lady actually will face Grandville Calvin Christian in the Division 4 Final for the third straight season – Calvin Christian won the last two championship meetings. Richland Gull Lake will look to repeat in Division 2 against Bloomfield Hills Marian, its opponent last season and the champion in 2012.

Among the four teams playing in Division 1 or Division 3, Utica Eisenhower is seeking its first MHSAA title while the other three have some recent history at the Finals – Hudsonville Unity Christian also was a 2012 champion, while Northville and Detroit Country Day both are seeking their first titles since 2004.

Below is Saturday's schedule, followed by a look at all eight contenders:

Tickets cost $7. All Finals will be streamed live online at MHSAA.TV, with radio broadcasts available on MHSAAnetwork.com.

BIRMINGHAM MARIAN
Record/rank: 19-0-1, No. 1
Coach: Barry Brodsky, 13th season (241-22-29)
League finish: Second in Detroit Catholic High School League Division 1
Championship history: Five MHSAA titles (most recent 2012), two runner-up finishes.
Players to watch: Kelly Sweeney, jr. F (20 goals, 11 assists); Hannah Redoute, fr. F (13 goals, 9 assists); Jaclyn Engel, jr. M (9 goals, 12 assists).
Outlook: Marian has won three titles over the last five seasons and once again has a champion’s resume’ – including wins over No. 7 Livonia Ladywood, No. 10 Lapeer West and honorable mentions Auburn Hills Avondale and Warren Regina during the tournament. The Mustangs have give up only five goals – and only one in the postseason, to Ladywood in the Semifinal. Sweeney and senior midfielder Annika Johnson made the all-state first team in 2013.

RICHLAND GULL LAKE
Record/rank: 23-1-1, No. 2
Coach: Jeff Corstange, third season (57-7-3)
League finish: First in Southwestern Michigan Athletic Conference East
Championship history: Two MHSAA titles (most recent 2013), four runner-up finishes.
Players to watch: Rachel Fouts, sr. M (12 goals, 13 assists); Maggie Harma, sr. GK (0.42 GAA, .940 save %, 17 shutouts); Tabitha Boze, sr. M (10 goals, 10 assists); Amanda Paveltic, jr. F (14 goals, 8 assists).
Outlook: Gull Lake may have stunned some by knocking off powerful Marian in the Final a year ago, but the Blue Devils’ return is no surprise. Fouts made the all-state first team last season, while Harma made the third team and both Boze and Paveltic earned honorable mentions. Three others have at least 13 goals, including leading scorer Kirsten Taylor, a junior, with 18. Just as Marian eliminated many of the best from the Detroit area, Gull Lake did the same on the west side of the state with tournament wins over No. 4 Stevensville Lakeshore, No. 9 Haslett and honorable mention Grand Rapids Christian. The lone loss was to Division 1 No. 8 Rochester Adams.

PHOTO: Clarkston Everest Collegiate/Waterford Our Lady’s Megan Luttinen makes a save during the 2013 MHSAA Division 4 Final. She’ll be in net again Saturday.