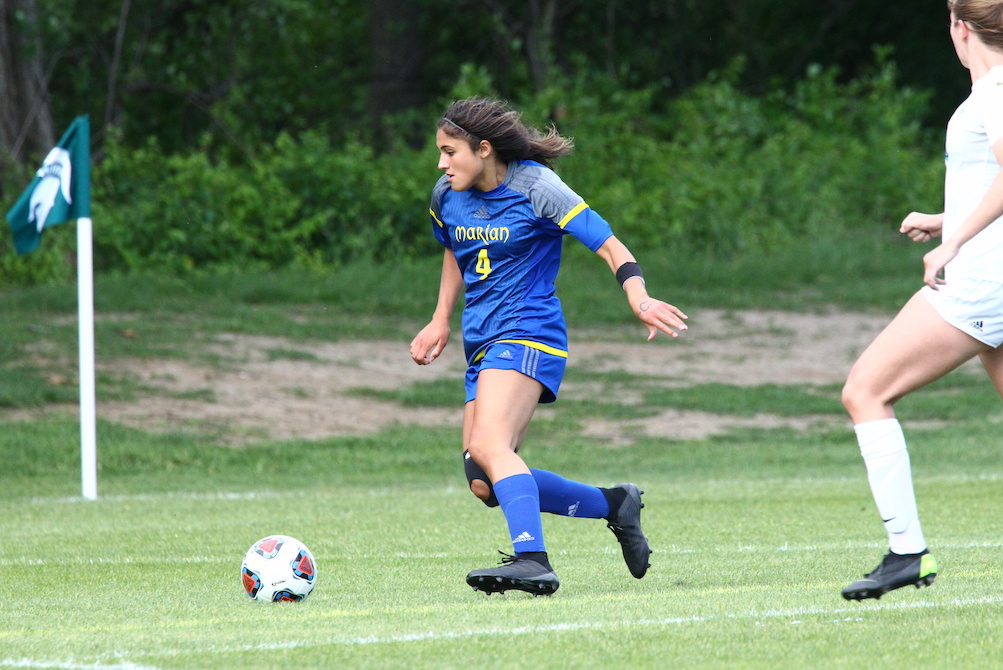 Four first-time finalists – one playing in each championship game – will make their MHSAA Girls Soccer Finals debuts this weekend at DeMartin Stadium.

They'll be joined by reigning champions in Bloomfield Hills Marian and Royal Oak Shrine Catholic, and two more past champs looking to climb once again as the first titles are awarded since 2019 after last season was canceled due to COVID-19.

Tickets cost $9.40 and may be purchased online only at GoFan. One ticket is good for all girls soccer, softball and baseball games at MSU’s Old College Field that day. All four Finals will be broadcast and available with subscription from MHSAA.tv, with free audio broadcasts on the MHSAA Network.

Below is a glance at all eight teams taking the field, with statistics through Regionals:

SPRING LAKE
Record/rank: 15-3-2, No. 4
League finish: Second in Ottawa-Kent Conference Blue
Coach: Becky May, fifth season (69-8-5)
Championship history: Has never played in an MHSAA Final.
Players to watch: Meah Bajt, jr. F (31 goals, 8 assists); Zoe Komar, sr. F (10 goals, 4 assists); Eryn Bouwhuis, jr. D (7 goals, 8 assists); Jessica Stewart, fr. GK (0.95 goals-against average, 9 shutouts).
Outlook: Spring Lake has won District titles every season under May, who played at Michigan State, and this season took a few more steps reaching its first championship match. They advanced with a 2-1 Semifinal win over No. 7 Byron Center, and the Lakers’ only losses this spring were twice the Division 3 No. 2 Hudsonville Unity Christian and once to Division 1 No. 3 Grand Rapids Forest Hills Northern. This could be just the first of a few deep tournament runs; Spring Lake will graduate only three starters.

ROYAL OAK SHRINE CATHOLIC
Record/rank: 14-3-1, No. 11
League finish: Third in Detroit Catholic League AA
Coach: Mark Soma, 21st season (record N/A)
Championship history: Division 4 champion 2019.
Players to watch: Ellie Plunkey, sr. F; Bridgette Drouillard, jr. M; Addy Vemulapalli, soph. GK. (Statistics not submitted.)
Outlook: Shrine reached and won its first Final in 2019, and then graduated a number of past all-staters last spring who would’ve given them a strong chance of returning in 2020 – but has come back this spring with just three senior starters. Shrine has given up only one goal over four playoff games, to No. 15 Bad Axe in the Semifinal, and also has defeated No. 9 Allen Park Inter-City Baptist and No. 12 Adrian Lenawee Christian during this run. All three losses came in April, to No. 3 Clarkston Everest Collegiate, Division 3 No. 17 Wixom St. Catherine and Division 2 No. 6 Bloomfield Hills Cranbrook Kingswood.

PHOTO: Marian's Maria Askounis makes a run at the goal during the 2019 Division 2 championship game.