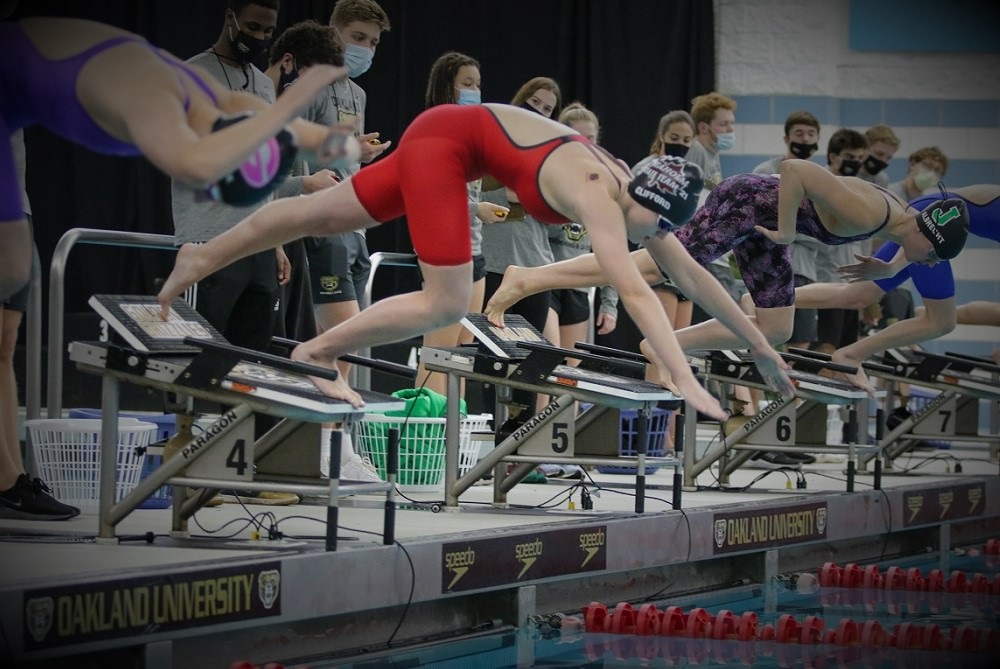 BIRMINGHAM – Even in the days leading up to the MHSAA Lower Peninsula Girls Swimming & Diving Finals, Birmingham Seaholm coach Karl Hodgson might not know what to do about senior Samantha Clifford.

But make no mistake, that is a good thing.

Other than the breaststroke and diving, there’s really no event Clifford can’t excel at, which is giving Hodgson extra time to pause and think about lineup strategy.

“That part is nice,” Hodgson said. “It creates a lot of angst over making those decisions. But it is nice to have that problem.”

Unfortunately for Hodgson and the Seaholm program, there aren’t many more days left to enjoy having such a problem.

A standout for Seaholm since her freshman year, Clifford is about to finish her high school career as one of the all-time greats for the Maples.

She’s been a vital part of Seaholm winning the last three Division 2 titles, and odds are decent she’ll make it 4-for-4 in terms of being on a team champion when this year’s Finals title is decided next weekend at Calvin University.

Individually, Clifford won the LPD2 Finals title in the 100-yard freestyle last year in a time of 51.02, and was second in the 200 freestyle. She also anchored Seaholm’s winning 200 and 400 freestyle relays.

Hodgson said Clifford is among the top five in Seaholm’s top-times record book in half of the events.

“She’s meant everything to our program,” he said.

Clifford started swimming when she was 5 years old and started getting coached by Hodgson competitively with her summer club team when she was 6.

“I’ve known her all her life,” Hodgson said. “She was that dominant as a little kid. She’s one of the best racers I’ve coached.

“It’s something you can’t coach. She just has that ‘it’ factor.”

Clifford said she first got into the sport mainly because her older sister Megan was doing it, and they both pushed each other growing up and when they were swimming for Seaholm together during Samantha’s freshman and sophomore years. 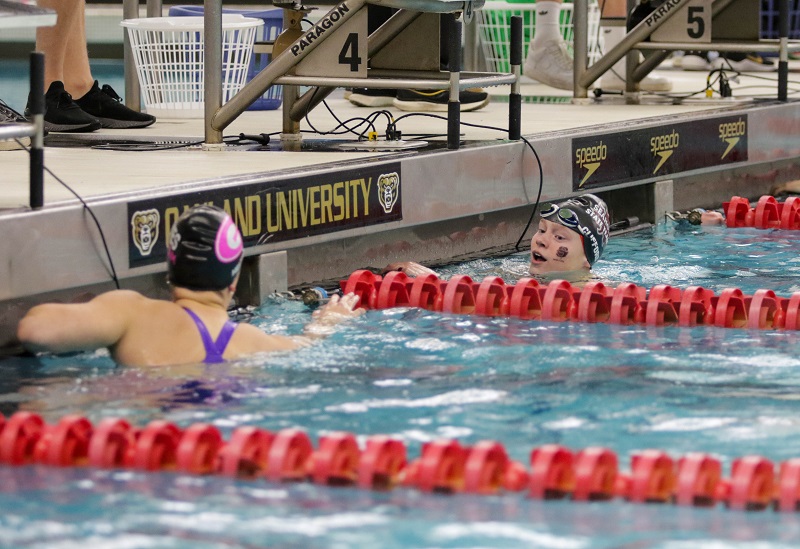 Megan graduated after Samantha’s sophomore year, so the last two it’s been her time to be on her own and serve as a leader for the underclassmen on the squad.

“It was definitely very different,” Clifford said. “Not having her there was a big change, but I think the upperclassmen (last year) helped make that change easier.”

Since taking up the sport, Clifford said swimming always has had a soothing effect on her, especially when some days are harder than others.

“I just like racing a lot,” she said. “There’s just something about being in the water that calms me down.”

Water will definitely be a big part of Clifford’s life when she finishes up high school.

Clifford will swim and study at the U.S. Naval Academy. She said she’s always been interested in serving and that she clicked with the swim coaches there after a series of conversations.

She is also excited to be involved in STEM programs there and follow in the footsteps of her grandfather, who served in the Navy during the Vietnam War.

Before she turns her attention toward college though, Clifford, who is also a flute player for the school’s band, is fully focused on her final days as a swimmer at Seaholm.

Clifford said it will be a challenge to swim at Calvin because she’s never swam there before, and she’ll have to adjust to the surroundings of the pool.

She admits going for four titles in a row as a team has been a different challenge than aiming for those championships earlier in her high school career.

“The first two years, it was more fun and, ‘Let’s go and get after it,’” Clifford said. "These last two years, it’s like we have to prove ourselves. It’s definitely more intense.”

Hodgson may not fully know which events Clifford will swim in the days leading up to the meet, but one thing is for certain – whatever Clifford swims, points will follow.

“She’ll go down as one of the all-time greats,” Hodgson said.