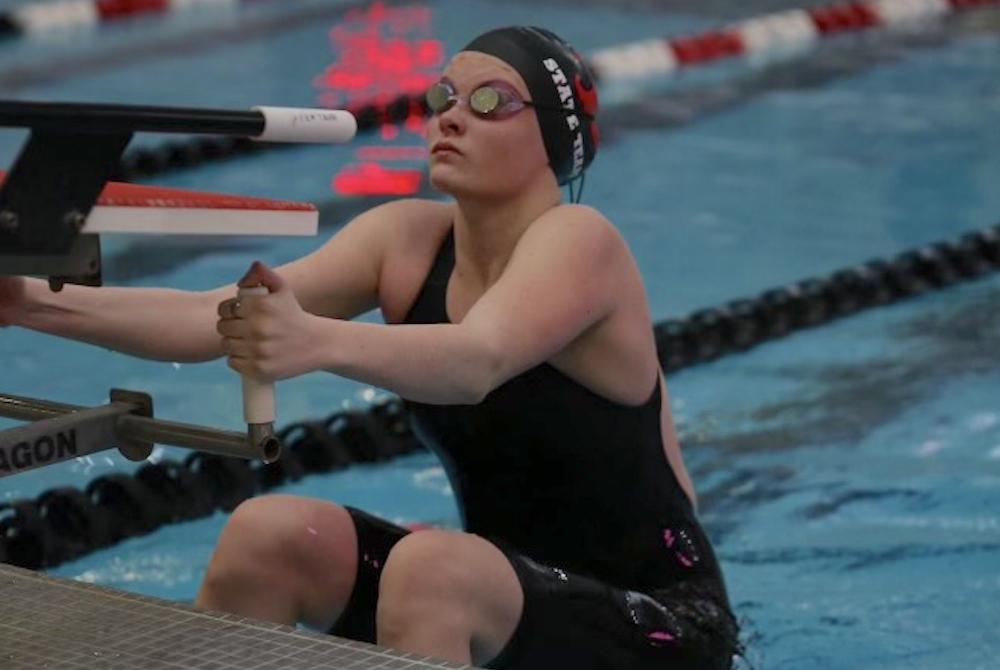 The Northview sophomore standout will not go unnoticed this year.

In her first trip to the Finals, Forbes won the 100-yard backstroke with a time of 56.15 seconds.

“She’s currently following the plan similar to last year, but she’s not going to come out of nowhere so we have to do the work,” Wildcats swimming & diving coach Rob Damuth said. “She’s a highly-driven kid, like a lot of our top swimmers are, and she’s just relentless in practice. She had a great taper, and our goal this year is to progress.”

Last season’s Finals weren’t held until mid-January due to a pause from the pandemic.

The chaos of the season didn’t affect Forbes’ performance.

“I kind of hoped that I would get first, but it was still surprising,” Forbes said. “I train in the offseason, so it was a pretty big drop from my last meet because of COVID and the break. It was just amazing to drop that much time and place the way I did.”

Forbes also finished fourth in the 200 individual medley at the Finals while helping a pair of relay teams (200 medley and 400 free) place among the top five at the championship meet.

While the backstroke is her strongest event, Forbes is consistently working to improve in others.

“We’ve focused on her off events, the 200 free and 100 fly, and she really likes swimming the fly,” Damuth said. “We need to improve her under water a bit for that event, but those are things we are focusing on other than the IM and back.

“Her bread and butter has been the backstroke, and her breaststroke is improving. Her IM is going to improve, too, and as she comes along with three years left she’s really going to pop in the IM. As she starts looking to swim in college, she has got to have events other than just in back.”

Forbes is looking forward to becoming more versatile and swimming faster times with all of her strokes. 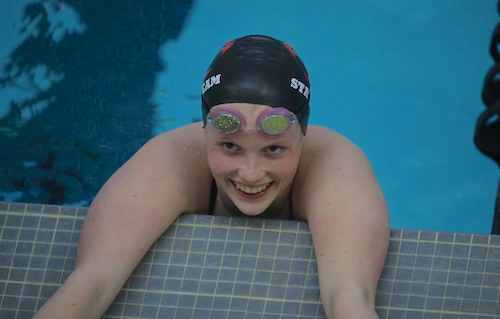 “My 200 IM is my next best event, and I think I'm a little bit off of my USA cut so I would like to see that and just keep improving with every swim that I do,” Forbes said. “It would be awesome if I could do that and hopefully drop times in the other events.”

“It’s very important for athletes if they are old enough to do weight training, and it's definitely a huge change from swimming,” she said. “I like swimming more, but it’s important for me to build the muscles outside of the pool because you can't really do that with just swimming.”

Damuth said the weight training can affect times, but will pay off down the road.

“Her body is beat down a little bit now, but she’s going to be stronger and her times are going to come down,” he said. “I think she’s going to have a great state meet, but it’s just getting through these dog days of September and early October where they are kind of beat down and not necessarily swimming that fast.”

Forbes, who comes from a swim family, knows the season is a marathon and not a sprint.

“It’s pretty early, but the entire team has been working their butts off to get that base for the season,” Forbes said. “I haven’t hit all my times, but I’m more focused on the process and doing well in my form, my turns and my breathing pattern.”

Forbes enjoys the camaraderie of swimming in the relays with her teammates.

“I definitely like relays better, and I just love the bonding and the connection between the team that you have in the relays where everybody needs to know when they are going and where they are,” Forbes said. “It’s awesome just to be able to finish and know that I did well for my team and I get to see those ladies pushing their hardest to try and do the best we can.”

While expectations will be increased, Forbes is taking them in stride.

“It’s definitely a little more nerve-wracking because people expect me to get first again,” Forbes said. “I hope to do that, but there is more pressure and I just want to keep improving in my other races and maybe get a few more records.”

Northview placed third as a team at last year’s Division 2 Finals, and with the plethora of returning talent, hopes to place among the top teams again in November.

“We returned everybody except for our diver, so we have a hole there, but we have all of our swimmers back and we gained a freshman sprinter that already qualified in the 50 so we have an added piece there,” Damuth said. “Division 2 is really deep this year, but we’re excited to get to the state meet and see what we can do.”

Forbes also is thrilled about the potential of this year’s team.

“I’m super excited because last year’s state finals team were juniors or underclassmen, so this year we have everyone back,” she said. “We’re definitely going to get more girls qualified for the state team, which will help build our numbers. We have some pretty awesome relays this year that I think are going to be pretty impressive.”