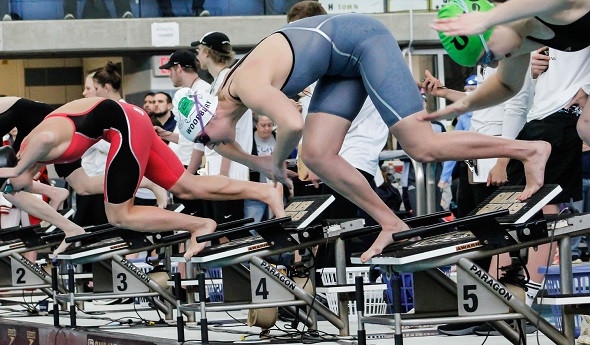 Depth is always great for any team – but it’s also nice to have two swimmers capable of winning one-third of a meet’s events by themselves.

Cranbrook has that possibility each meet thanks to the presence of seniors Gwen Woodbury and Justine Murdock, who might be the best tandem on any team in the state this year, regardless of school size.

They also are future Big Ten college swimmers, with Woodbury heading to Ohio State and Murdock to Northwestern.

Needless to say, having a duo like that has made it a seamless transition for first-year Cranbrook coach Paul Ellis.

“It’s a great example for the rest of our team on what hard work and dedication to your craft can do,” Ellis said. “They go above and beyond day in and day out. It really sets the tone for our practices. It helps with the culture you want to establish.”

Woodbury is a freestyle whiz who captured the 100-yard (51.29) and 200-yard freestyles (1:37.96) at an Oakland County event that also featured Division 1 power Farmington Hills Mercy and Division 2 power Birmingham Seaholm.

Woodbury, also the reigning Division 3 Finals champion in the 100 freestyle, said she started swimming when she was 4 years old, although it wasn’t exactly love at first sight with the sport.

“I actually hated it,” she said. “I only went because my siblings swam.”

But as she grew older, Woodbury started to enjoy the sport more and discovered she was starting to get good at it.

“I started to realize that it’s not just the sport of swimming, it’s everything that comes with it and the little things people don’t notice that much that made me fall in love with it so much more,” Woodbury said. “The team camaraderie when we won states my freshman year was a feeling of total happiness knowing that all these people had worked so hard.” 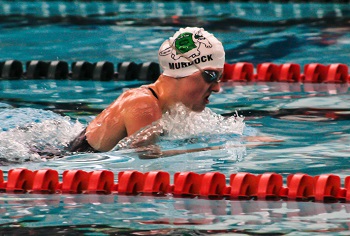 Murdock is different than Woodbury in that she swims the backstroke and individual medley, but the same in that she took up the sport at an early age, and already has numerous county and state championship titles on her resume.

“I’ve always been swimming backstroke ever since I was little,” Murdock said. “I loved backstroke, so it was an easy choice for me to continue. In high school, while finding my other strengths through my freshman and sophomore years to see where I was clicking with secondary events, the 200 IM ended up being that event. It gives me time to have good focus throughout the meet lineup.”

Woodbury and Murdock, who are also important members of Cranbrook’s relay teams, have swam together since middle school and have been able to bond through their similar career paths in swimming.

Not only have they been able to push each other during practices and meets, but they’ve had each other as sounding boards on topics such as college visits and their future ambitions.

Both assuredly will follow how the other is doing in college once their high school days are over.

“It will be weird, but the great thing about being in the same conference is that we will be able to compete and be friends at the same time,” Murdock said.

Before worrying about college, there’s some unfinished business to take care of at Cranbrook.

After winning the Division 3 championship their freshman year, Cranbrook has been Finals runner-up to East Grand Rapids each of the past two.

“That 11 points, all you could think about was, ‘What did I do wrong?” Woodbury said. ‘“If only I could have gone a second faster.’ Everyone was thinking that. We don’t want to feel that again.”

PHOTOS: Bloomfield Hills Cranbrook Kingswood’s Gwen Woodbury launches into one of her races during the 2019 Lower Peninsula Division 3 Finals at Oakland University. (Middle) Teammate Justine Murdock sets the pace on the way to winning the 200 IM at last year’s Finals.  (Click to see more from HighSchoolSportsScene.com.)