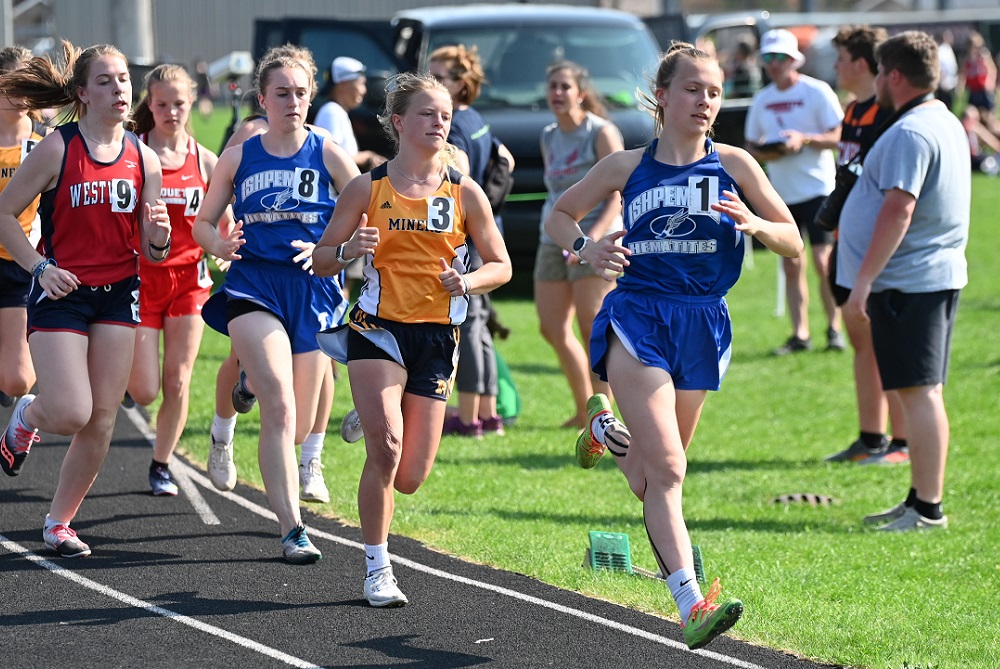 An extraordinary 16 individual champions from last season’s Upper Peninsula Girls Track & Field Finals will return to Kingsford this weekend seeking the same success and more. And only six of them are seniors.

The star-studded meet will feature the final high school races for standouts like three-time champion Landry Koski from Rock Mid Peninsula and Houghton distance star Ingrid Seagren. But the Division 2 meet easily could be dominated by sophomores, and the Division 3 Finals return nine of last year’s 13 individual winners including five sophomores and juniors.

Events begin at 10 a.m. (EDT) and tickets to attend can be purchased online only at GoFan. The meets also will be broadcast on MHSAA.tv and viewable with subscription.

Below is a glance at team contenders and individuals to watch in all three divisions.

Team forecast: Marquette solidly won its ninth championship over the last 10 seasons (not counting canceled 2020) last spring, but at last month’s Regional edged Sault Ste. Marie by just five points. The Blue Devils were last season’s Finals runner-up as well, and Negaunee in 2018 is the only team other than Marquette to claim a UPD1 championship over the last decade. The Miners had winners in three relays at their Regional and swept hurdles and throws to hold off star-powered Houghton.

Claire Erickson, Sault Ste. Marie junior: The top-seeded contender in the 300 hurdles (50.52) ran the race eight tenths of a second faster than anyone else at a UPD1 Regional. She was third in the 300 at last season’s Finals and ran on two placing relays.

Alyssa Hill, Negaunee senior: She’s seeded first in the discus by nearly 19 feet with a Regional throw of 123-4, and second in shot put at 34 as one of only two (with teammate Eliana Juchemich) who tossed farther than 31-1 in UPD1 qualifying. 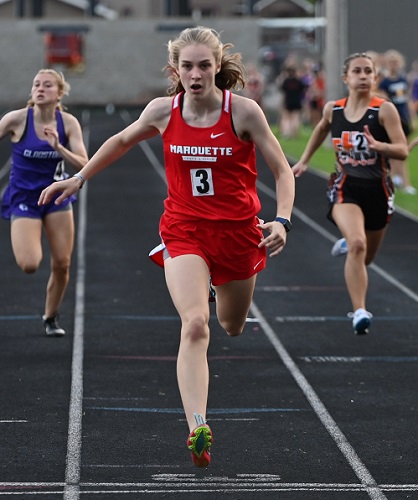 Julia Ott, Marquette junior: She’s seeded second in two events – the 100 and 200 behind teammate Baux Truckey – and tied for the top seed in high jump (5-0) after winning that event last year. She’ll also run on the top-seeded 800 relay and being part of the winning 400 relay in 2021.

Team forecast: West Iron edged Ishpeming by 3½ points at last season’s Final and can match star power with any of the contenders with three-event champion Danica Shamion returning. Ishpeming with another returning three-event champ in Lola Korpi should be in the mix again despite just a third-place Regional finish. Bark River-Harris especially in relays and field events and St. Ignace across the board have enough potential scorers to make this a close meet.

Danielle Lund, Manistique sophomore: She placed sixth in shot put in UPD1 last season, and she enters this weekend seeded first in shot put (33-4) and discus (96-0) in UPD2. She’s also slated to run on the top-seeded 1,600 relay.

Danica Shamion, West Iron County sophomore: She burst onto the scene with championships in the 100, 200 and 400 last season, and she’s seeded first in all three this weekend in 13.2, 27.01 and 1:01.23, respectively. The 200 and 400 meet records could be hers with major performances. She’ll also compete in high jump.

Team forecast: Ontonagon broke Lake Linden-Hubbell’s three-season Finals winning streak last spring, and won a closely-contested Regional two weeks ago that saw the top five teams all finish less than 11 points from each other. Relay strength and qualifiers throughout the meet should have the Gladiators in the mix, with Pickford’s potential for a number of meet champions make it another favorite.

Lucy Bennin, Pickford senior: Last season’s 200 champion will run that race again and also is seeded second in long jump (14-3¼) and expected to run on the top-seeded 800 relay and second-seeded 400 relay.

Abi Codere, Lake Linden-Hubbell sophomore: The reigning champion in the 100 hurdles is seeded first in that event (17.45) and also will compete in pole vault.

Ellie Delene, Baraga sophomore: The reigning high jump champion is among 10 qualifiers who went between 4-6 and 4-8 at Regionals. She’ll also run both hurdles races.

Lilly McIntyre, Ontonagon junior: She won the 100 last season and will run that race again as well as three relays, including as part of the top-seeded 400 and 1,600 groups.

PHOTOS Ishpeming's Lola Korpi (1) takes the early lead in the 1,600 at the May 13 Negaunee Lions Invitational, with Negaunee's Marlee Plaxco (3) following close behind. (Middle) Marquette's Julia Ott wins the 200 that afternoon. (Photos by Cara Kamps.)