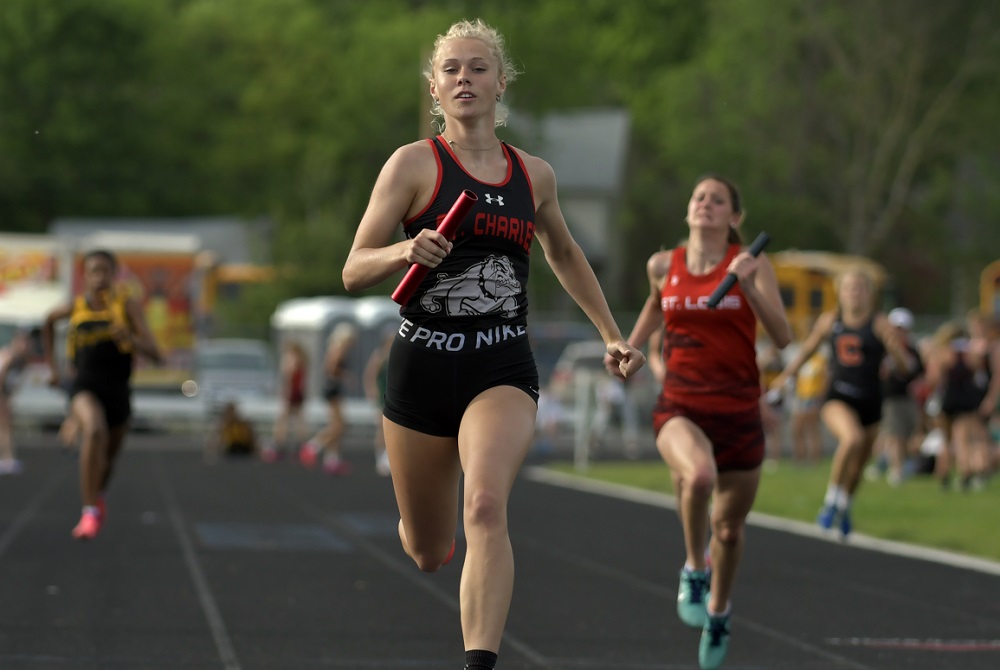 A year away because of COVID-19 makes anticipating champions at Saturday’s Lower Peninsula Girls Track & Field Finals even more difficult than usual.

Of course, frequent favorite Oak Park is back in Division 1 and is almost assured of being in that title mix with a few more speedy teams including Detroit Renaissance. But as for the other three divisions? There are plenty of possibilities, including teams that haven’t been in the conversation much before.

Events begin at 10 a.m. (EDT) and tickets to attend can be purchased online only at GoFan. The meets also will be broadcast on MHSAA.tv and viewable with subscription. Click to watch each division: LPD1 | LPD2 | LPD3 | LPD4.

Below is a glance at team contenders and individuals to watch in all four divisions.

Team forecast: Oak Park has won the last two Division 1 championships and four of the last five (finishing runner-up in 2017). The Knights might be the team to chase again with top seeds in four events and two more lower-seeded relay contenders. Detroit Renaissance was runner-up in 2019 and should be in the mix with high finishes in the sprints and sprint relays, while Ann Arbor Huron has contenders all over the running events plus the top-seeded long jumper.

Fatouma Conde, Ann Arbor Huron: If Huron is to make a team title run, Conde most certainly will play one of the largest parts. She’s seeded second in the 100 and 200 and is expected to run on the top-seeded 400 relay (47.46) and second-seeded 1,600 relay.

Opal Jackson, Macomb L’Anse Creuse North: The senior thrower is the favorite in both the shot put (47-3) and discus (145-2) with her Regional tosses in those events two and four feet, respectively, farther than the next best in these fields.

Team forecast: Six teams have won this meet over the last seven seasons, with Corunna the most recent champ in 2019. A number of teams appear contenders this time, with Divine Child, Petoskey and Parma Western among the intriguing possibilities. Divine Child is running for its first title since 2013 backed by strong relays and qualifiers in a variety of events. Petoskey’s only top-two Finals finish was a Class B runner-up in 1992, but the Northmen could compete for championships in four distance events. Western also has never won a team title but has top-four seeds in six events.

Madelyn Frens, Grand Rapids Christian: The 3,200 runner-up as a freshman two years ago is the second seed in the 1,600 and third in the 3,200 and was third in Division 2 cross country in the fall.

Chaniya Madison, Bridgeport: The lone returning champion from the 2019 Division 2 meet won the 100 that spring as a freshman and will run that race, the 200 and on the 400 relay this time.

Reese Powers, Marysville: The Vikings standout junior should make a run at two individual championships as the top seed in the 800 (2:18.03) by nearly two seconds and a close second seed in the 400.

Team forecast: Pewamo-Westphalia is the reigning champion and has won three of the last seven championships. The Pirates have six top-five seeds this weekend and should be in the mix again especially if the meet is low-scoring. Grass Lake is seeded third or better in all five events in which it will participate, and Adrian Madison and Byron also are intriguing at a meet where individual champions can drive team scoring.

Renae Kutcha, Jackson Lumen Christi: She may be the second seed in the 400, but Kutcha is looking to add her third championship in that race after earning the titles as a freshman and sophomore. She also will run the 200 and as part of the 1,600 relay.

Sarah Marvin, Byron: The champion in both the discus and shot put as a sophomore in 2019 is seeded first in both this weekend at 151-0 and 49-10¾, respectively. That shot put is more than three feet longer than the LPD3 Finals record.

Abby VanderKooi, Muskegon Western Michigan Christian: A three-time Cross Country Finals champion, VanderKooi also claimed the Division 3 3,200 title as a freshman two years ago and is seeded first (10:49.44) in that race this weekend by more than 21 seconds.

Team forecast: Before COVID, Fowler had won two straight Division 4 titles and three of the last four, with Pittsford the runner-up in both 2018 and 2019. Hillsdale Academy was sixth in 2019 but could make the move for its first team championship with qualifiers all over the lineup and strong relays. Mount Pleasant Sacred Heart also should be a contender for its first championship with lots of points possibilities in the running events.

Tess VanDyk, Kalamazoo Christian: The junior thrower is a favorite in both events, entering the weekend with the top-seeded shot put (36-7) and second-seeded discus toss.