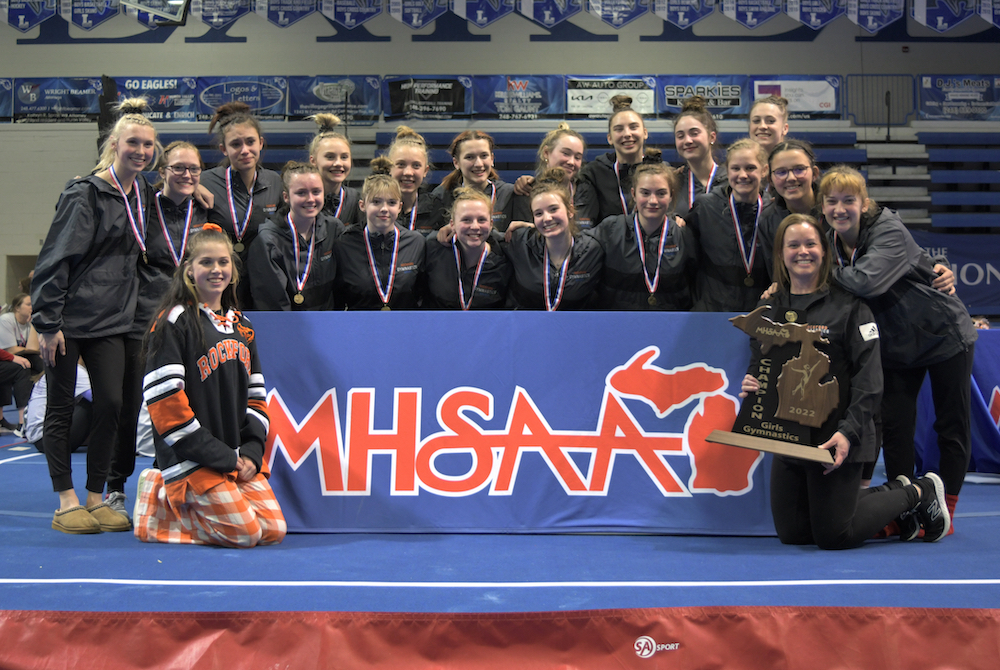 WHITE LAKE – There was definitely a different routine for Rockford before the actual routines began for the 2022 MHSAA Team Gymnastics Final on Friday at Lakeland High School.

For the first time since 2014, Rockford didn’t play host to the event.

So instead of coming to its home gym and trying to help set everything up, the Rams instead went through a bus trip and the process of getting acclimated to a new environment.

But that wasn’t necessarily a bad thing. 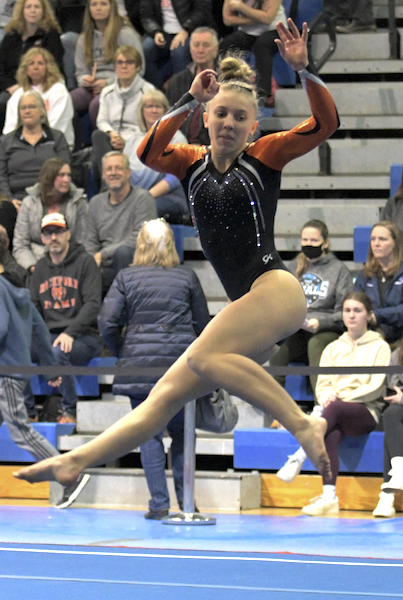 “I think it helped,” Rockford senior Anna Tracey said. “It allowed us to have some team bonding before we got to the meet. We just talked to each other and had fun.”

Indeed, Rockford did just fine away from home, reclaiming the championship throne by edging Grand Ledge. The Rams had 143.825 points to Grand Ledge’s total of 143.500.

“We always want it, and we always are hopeful for it,” Rockford head coach Michele Ankney said. “We knew we were in the running this year. We weren’t sure where we would line up in the end. Gymnastics is a fickle sport sometimes.”

Rockford was the only team to have at least one top-four finish in every event, starting off by scoring third in the floor exercise.

Following a fourth-place finish in the bars and a third-place finish on the vault, the Rams saved their best for their last event, finishing first on the beam. 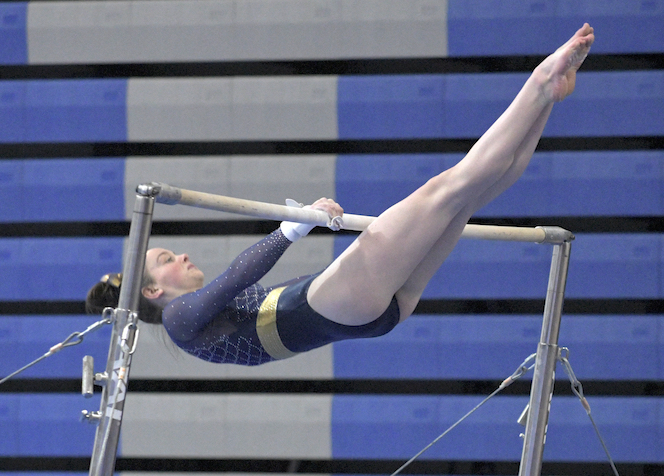 “We started strong,” Ankney said. “Our floor and bars were solid. And then we had a few mistakes on bars and beam and we didn’t know what that was going to do to us. This is 100 percent surprise right here.”

Traditional power Grand Ledge was seeking its first title since winning the last of six in a row in 2013, and the Comets finished first in both the floor and vault.

“We normally score higher on bars and a lot higher on beam,” longtime Comets head coach Duane Haring said. “Just nerves. I guess I’d be nervous too. But they did really well. Second place is nothing to sneeze at.”

The highest Metro Detroit finisher was Livonia Red, which took third with 142.950 points. 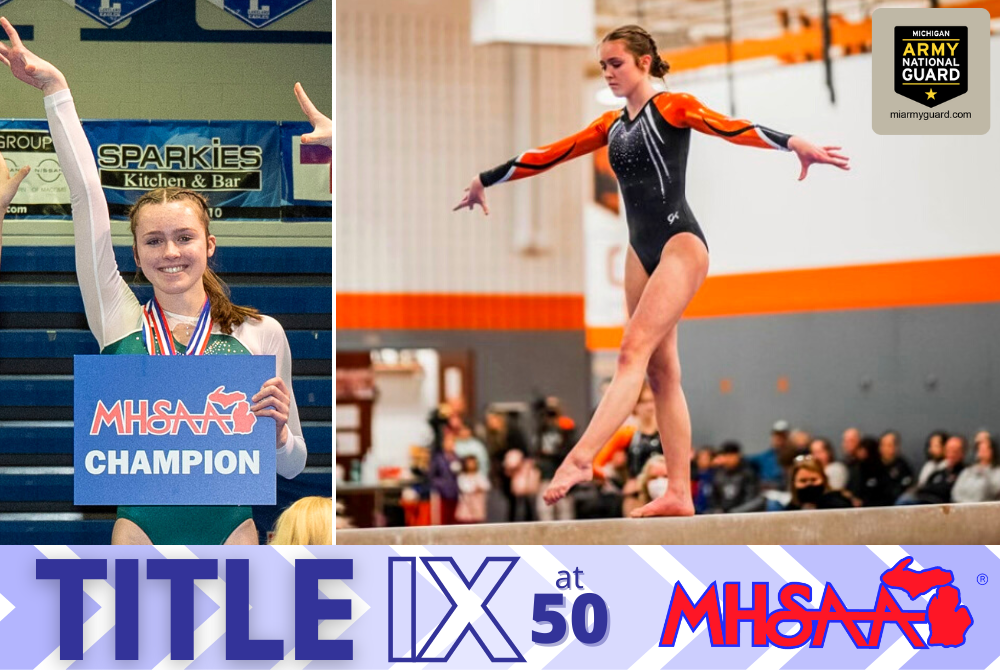