Every Tuesday, Second Half honors 2-4 athletes and a team for its accomplishments.

Have a suggestion for a future High 5? Please offer it by e-mail to Geoff@mhsaa.com. Candidates often will have accomplished great things on the field of play -- but also will be recognized for less obvious contributions to their teams, schools or the mission of high school athletics as a whole.

Wilson led the Comets to a fifth-straight MHSAA team championship Friday at Grand Rapids Kenowa Hills. She returned Saturday and won the Division 1 individual championship with a score of 38.400, including a first-place 9.7 on the uneven parallel bars. She set the Division 2 all-around Finals record in winning that championship in 2011. Wilson scored perfect 10.0 scores twice this season, believed to be the first in MHSAA history.

Up next: I will either be attending the University of Michigan or Michigan State University. I like both campuses, and they both have great business programs. I am not sure if I will be competing yet; I would absolutely love to be on MSU's team next year, but I have to get some bigger skills first.

I'm not exactly sure what I want to be (after college), but I have always thought it would be cool to work in a sales management position for a sports company like Nike or Under Armour.

I learned the most about gymnastics from: When I was younger, my coach Carrie Stout from Twistars pushed me to excel and to enjoy the sport; I owe her a huge thanks for that. When I became a high school gymnast, Duane Haring really motivated me to become the best gymnast I could possibly be. He has taught me that there are no limits if you are willing to be dedicated and if you have the drive to win. He has never given up on me and has worked with me through my ups and downs. I could never have achieved as much as I have without his constant faith in me. I will never be able to thank him enough.

I look up to: In the gymnastics world, I look up to Jordyn Wieber. She's so dedicated and mentally tough, it's insane. When I am at a competition, I try to imitate her focus and determination. I also look up to my coach Duane Haring for always keeping a positive attitude when things get tough. I also look up to my relatives and close friends because I know they have my back, and I can count on them for anything.

Perfection: When I got my first 10.0 on the bars; I cannot even describe the feeling that I endured when it happened. I was nauseous and could not breathe for about 30 seconds, and I just started bawling. Bars used to be my weakest event in gymnastics until the end of last year. I have struggled so much on bars and have almost quit because of it. Knowing that I persevered through those hardships and had just achieved perfection was the most surreal feeling that I have ever experienced.

Walsh helped the Titans to the MHSAA Division 1 championship on March 2, the first cheer championship in school history. Southgate Anderson scored 816.6032 points, besting its previous top score this season by less than a tenth of a point and putting it three ahead of runner-up Hudsonville.

Up next: Walsh will attend The Art Institute of Michigan, either in Novi or Troy. She'll study media animation -- with the goal of creating animated films like those produced by Pixar (think "Finding Nemo," the "Toy Story" movies, etc.)

I learned the most about cheer from: My coach (Colette) Norscia. She taught me more than cheerleading though. It was really like she built everybody up as a person. We all matured under her. And she really knows the sport. Obviously, she's a big part of why we got here.

I'm driven by: My team. Their dedication, their hard work. That pushes me farther because I want it as much as they do. And I'm not going to be the one to hold them back.

To those claiming cheer isn't a sport: Come and watch us once and see if you can do what we can, because I highly doubt it. It takes a lot of dedication. It's not a set sport like basketball. You don't get points by how many baskets you make. You get points for how much heart you have and how much you show it. It's a lot harder than it looks.

Michalick didn't take over as the starter in net until the second half of the season, but he made the opportunity count. He had 37 saves in a 2-1 double-overtime win over Orchard Lake St. Mary in Friday's Semifinal, then had 20 more saves as the Bulldogs defeated Grosse Pointe North 4-3 on Saturday to win the MHSAA Division 1 championship.

"I've wanted to do this my entire (career), since I started playing goalie. To start in a state championship and win it, it's just incredible."

In the Semifinal: I was just in the zone. It was all my mental game. I know I have the physical skills, but I just had to make sure I was into it mentally. Having early shots set the tone for me, and from there I just got into a rhythm.

My hero is: Probably Martin Brodeur. He's one of the reasons I started playing goalie. I watched him, watched him in the Stanley Cup (playoffs) with the Devils, ... and I wanted to be like Marty.

Game time: I get a plate of pasta around 3:30. I get to the rink about 6 o'clock and start stretching. Once I get on the ice, I just close my eyes and talk to myself and try to visualize the game. From there, I just go.

I'm driven by: I don't want to lose. I'm a competitor, I always have been, and I was raised that way. My dad (Tim) is a competitor. I just hate losing.

MacEachern, who has committed to play at Michigan State, led the Warriors to the Division 2 championship Saturday and finished this season with 42 goals and 48 assists. He made the all-state first team this season.

Up next: MacEachern was drafted into the North American Hockey League last spring, but chose to finish high school first. He'll play junior hockey for one year or perhaps two, but has committed to join the Spartans after that.

I look up to: My parents, Pam and Ron.

My best moment in hockey: Today (winning the Division 2 Final). 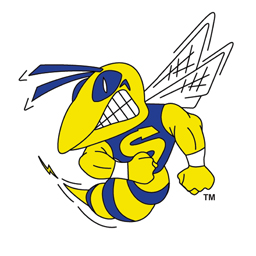 The Ann Arbor area has long been known for its swimming prowess. The way Saline coach Todd Brunty sees it, his program is just measuring up to that reputation.

The Hornets claimed their third-straight MHSAA Division 1 championship Saturday, and in the process broke four Finals records including two for all divisions/classes. They won seven of the 12 swim races, led by juniors Adam Whitener, David Boland and Josh Ehrman.

"We've got a huge group of men swimming year-round, and they've got big dreams and big goals. I'm just kind of a beneficiary of swimming in the area," Brunty said, but added that certain lessons come with the high school portion of that training. "(They) learn about team. Because high school swimming is a unique, precious thing. It's all about the team, all about each other, your family, your community.

"This is a really special time. That's what we talk about a lot." 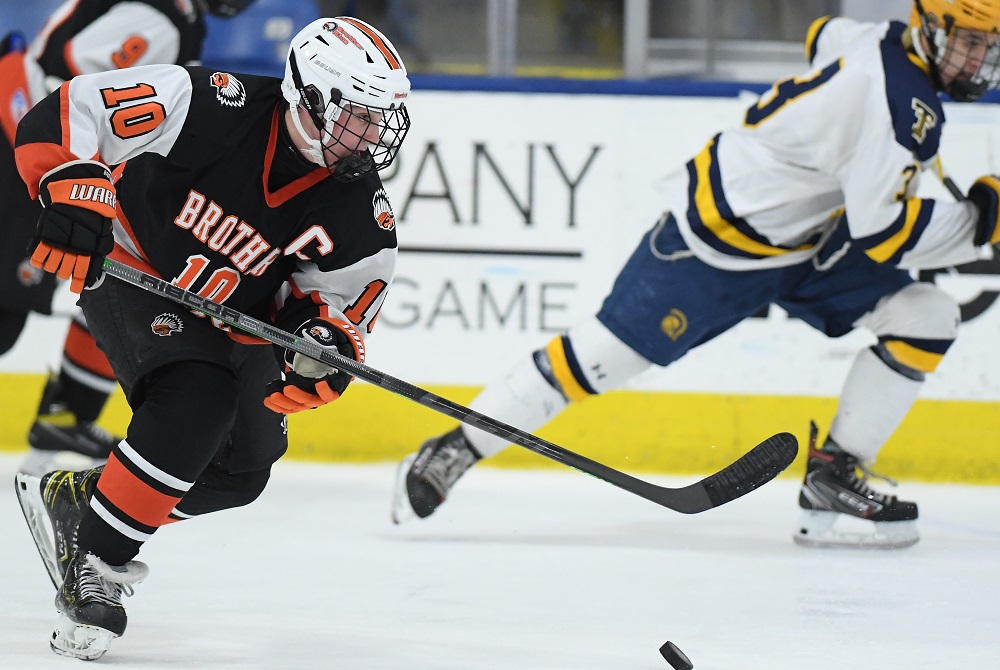 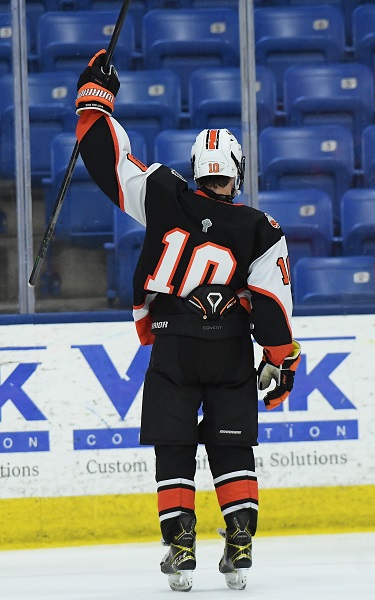