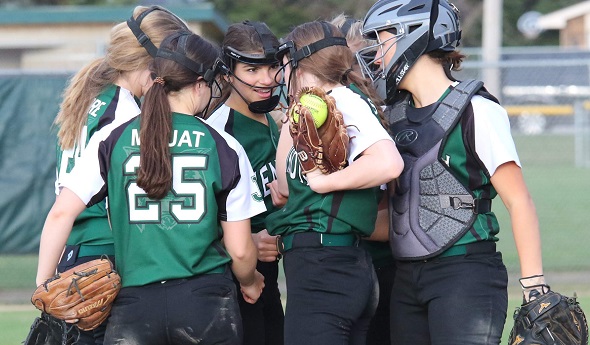 The championship shouldn’t come as much of a surprise because the Wildcats have racked up wins at a consistent pace for the past 45 years.

Jenison has experienced another successful campaign thus far, and reached a program milestone earlier in the season.

The Wildcats notched the program’s 1,000th win by beating Zeeland East in mid-April.

Longtime coach Kari Kossen has been a part of several of those victories, as a former player and now in her 19th season at the helm.

“Our players had an idea, and it was told to them at the beginning of the season that it was coming up,” Kossen said. “We really didn’t make it known, but for us coaches and the whole program it was a really cool thing. They knew about it, but not enough to count it down.”

Jenison began as a program in 1974 and emerged as a perennial powerhouse during the late 1980s and mid 1990s.

Under the direction of legendary coach Jerry Hoag, who collected 529 wins from 1981-1999, the Wildcats won six MHSAA Class A titles over a nine-year span.

They’ve appeared in seven Finals, also including a runner-up finish to Okemos in 1999. Only five teams in MHSAA history have played in more.

Back then, Georgetown Little League opened up a new facility and was the feeder program. 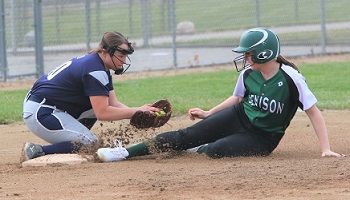 Kossen, a pitcher who helped the team win back-to-back titles in 1987 and 1988, said pitching guru Ray Sheler had a huge impact in producing a dominant pitching staff.

“He taught the windmill (style),” Kossen said. “Slingshot was well known, but we learned from him and he taught us how to pitch like that and that played a big role in Jenison’s success, just learning how to do the windmill pitching. A lot of other schools didn’t know how to do it back then.”

The Wildcats continue to seek their first Finals appearance since 1999, but have continued to churn out quality players and competitive teams.

A change during the past eight years has been the development of the Wildcat Pride Program, and it has paid dividends on the diamond over the last four.

While various travel teams are abundant throughout the state and include players from different high schools, the Wildcat Pride program is designed to keep girls playing together on the same team in the Jenison community.

“The parent support has really helped with this and has helped make an impact in our success the last two or three years,” Kossen said. “It was something everybody had to buy into eight years ago.

“My sister (Karla Wojtas) and I had a vision to just play together as a community and see if we can learn how to win together, because eventually they’re going to have to do that anyway in high school. We just wanted to come back as a community, and parents have helped coach these teams.”

The idea is to have the girls playing together for several years and creating a bond and trust, much like what occurred in the past.

“We just played so well together because we played together since we were 10 years old,” Kossen said. “In today’s culture girls are playing for different teams, so it feels good to go back to that.”

Former Jenison standout Alexis Hylarides, a 1991 grad and member of the 1990 Class A championship team, said elite coaching in little league with the likes of Ed Kiscorni and Sheler, and then in high school with Hoag, helped catapult the program into a dynasty.

“It starts with good coaching and Ray Sheler took it to a whole other level because without him then they don’t have all those great pitchers,” she said. “The whole goal growing up was to play for Jenison softball because they were the dynamo, and if you played for them then you made it to the big show. It was an honor to play for them, and they don’t make coaches like that anymore.” 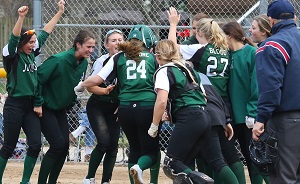 Hylarides wasn’t shocked to learn that the program had surpassed 1,000 wins.

“Not one bit,” she said. “This has been such a strong program for many years.”

Jenison produces elite talent as several girls have gone on to play at various levels in college, but fundamentals are the main focus of the current program.

“We’re scrappy, and we teach fundamentals,” Kossen said. “We do the little things that allow us to be that much better, and we do what we need to do to be in every ball game.”

The Wildcats improved to 30-3 with Tuesday’s wins and earned honorable mention in the latest Division 1 rankings.

“I think we’ve been playing so well together as a group, and they know their roles,” Kossen said. “I can count on all of them to come in and get a hit when they need to or play good defense. They get along so well and are just fun. They want to win, and they have goals.”

PHOTOS: (Top) Jenison players huddle on the field during a game this season. (Middle) A Jenison base runner slides safely into third base. (Below) The Wildcats welcome a teammate crossing the plate. (Photos courtesy of the Jenison athletic department.)