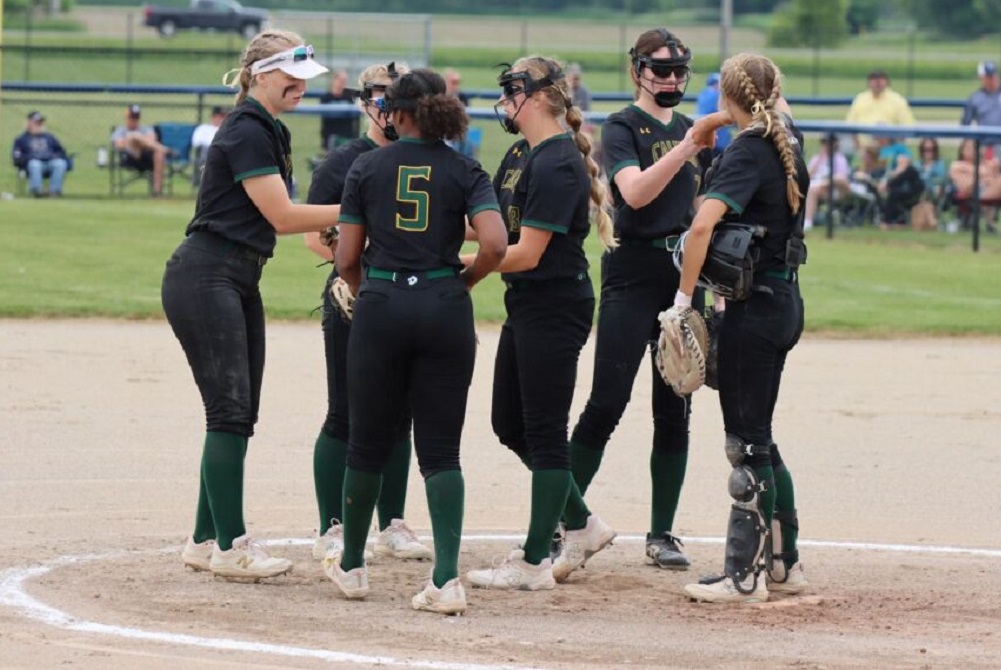 The roster for this weekend’s MHSAA Softball Finals at Michigan State University’s Secchia Stadium makes for a power-packed lineup.

The 16 teams playing for four championships have combined to claim 28 Finals titles in the past. Unionville-Sebewaing and Stevensville Lakeshore are among those sitting second in MHSAA history with seven championships won – and with opportunities to tie the record of eight Saturday.

Also among those 16 contenders are seven seeking their first championship – and four hoping to reach Saturday’s season-concluding games for the first time.

Tickets cost $11 and may be purchased online only at GoFan. One ticket is good for all softball, baseball and girls soccer games at MSU’s Old College Field that day. All Semifinals and Finals will be broadcast and available with subscription from MHSAA.tv, with free audio broadcasts on the MHSAA Network.

Below is a glance at all 16 teams taking the field (with statistics through Regional Finals unless noted):

STEVENSVILLE LAKESHORE
Record/rank: 38-4, honorable mention
Coach: Denny Dock, 43rd season (1,054-228)
League finish: First in Southwestern Michigan Athletic Conference
Championship history: Seven MHSAA titles (most recent 2014), two runner-up finishes.
Players to watch: Gianna Kerschbaum, sr. P/OF (.387, 53 R, 12 HR, 34 RBI, 1.94 ERA); Olivia DenDooven, sr. IF (.363, 41 R); Pallas Dominion, soph. 2B (.357, 46 R, 32 RBI, 14 SB); Anna Chellman, sr. 3B (.394, 52 R, 32 RBI).
Outlook: Dock is the third-winningest coach in MHSAA softball history, and Lakeshore is something of a regular at the Semifinals with this its seventh appearance since 2010 and latest since finishing Division 2 runner-up in 2019. Kerschbaum made the all-state first team as a pitcher last season and was the team’s starter in the 2019 Final. She had 11 wins this season entering the week as part of a three-person staff with junior Ava Mullen winning 14 games and sophomore Avery Arwood 11 as well, all with ERAs below 2.00. Junior Eden Gray is another important bat, hitting .350 with 35 runs scored.

PHOTO Grandville Calvin Christian huddles up before the start of an inning during a Division 3 Regional Final against Ravenna. (Photo by Bethany McCullough/CatchMark SportsNet.)