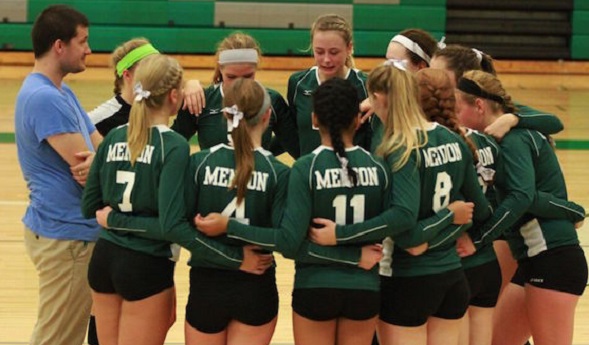 “I was getting hit in the head with volleyballs before I could walk,” the Mendon High School varsity coach, now in his second year at the helm, said. “There’s a very good story about me getting knocked out of a walker in this very gym. I started managing when I was in second grade. Ever since then I’ve been in the gym playing volleyball.”

Growing up around the game undoubtedly sparked Bill Trenary’s interest in the sport. Like most boys, however, he was just as engrossed in other athletic and leisurely pursuits. He enjoyed the outdoors, beating his mother on the squash court and obsessively studying opening chess moves — a competitive fire serving as the common thread.

One unique experience in particular was likely what set Bill Trenary up for a successful career in volleyball.

His parents put a premium on experiencing other cultures. His father, Robert Trenary, was a Fulbright scholar at the University of Botswana when Bill was in the eighth grade. That enabled the Trenary family to live abroad for a year. Bill Trenary ended up setting for his school’s varsity team, which played outdoors under the African sun.

Bill and younger brother Matt went on to play intramural volleyball at the University of Michigan.

“They tried to win the championship but could never do it because a lot of kids on the team just wanted to play,” Kathy Trenary said. “I’d go to Ann Arbor and watch them play. That was great.”

It was about that time when Kathy Trenary took over as head coach at Vicksburg. It was an opportunity for Bill Trenary to fire some high-velocity shots inside high school gyms like those he remembered zipping at him as a toddler.

“He just found it fascinating; he has always been a gamer.”

In the years since then, Bill Trenary learned from the best, leading to his takeover of the Mendon program in 2014. Kathy Trenary stayed on as his assistant coach and the continuity was evident with the Hornets’ run to the Class D semifinals in 2014, which ended in a 3-0 loss to Battle Creek St. Philip. The arrangement has been seamless for the Hornets, who are currently ranked No. 6 in the latest MIVCA Class D poll. 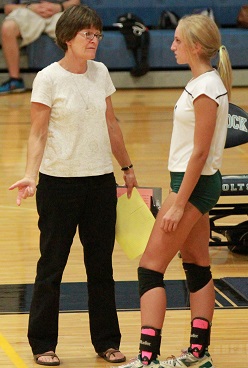 “When we decided to switch, part of the reason was her being kind to me, I guess,” Bill Trenary said. “She saw me getting better. It was time for me to kind of step into that role. I think I’m a little better game coach because I’m younger and I can push through long Saturday tournaments and make the quick decisions on the court.

“She is absolutely one of the best coaches I’ve ever seen — attention to detail and running practices. She’ll run most of the drills because, heck, she invented most of the drills. Not utilizing her in that role would just be stupid. Me taking that away from her would just cost us points. There’s no reason not to be doing that when we have someone of that caliber.”

A fan of Tom Tango’s book “Playing the Percentages in Baseball,” Bill Trenary strongly believes in analytics and that some statistical aspects of volleyball are often overlooked and undervalued.

As are role players, which there are more of this year than freak athletes. That’s often the case at a small school such as Mendon, where fundamentals help offset height disadvantages.

“That’s how other teams see us win, but the way we win is when Nancy Steinacker can come and serve a string in our weak rotation,” Bill Trenary pointed out.

The points are in the details.

“We don’t have the best athletes every year, but we have a deep knowledge of the game, which is fun,” he said. “I’ve just tried to build on that. I know we’re using more math, more stats, more film than we have. That’s just a next generation sort of thing, but we’re not trying to reinvent the wheel."