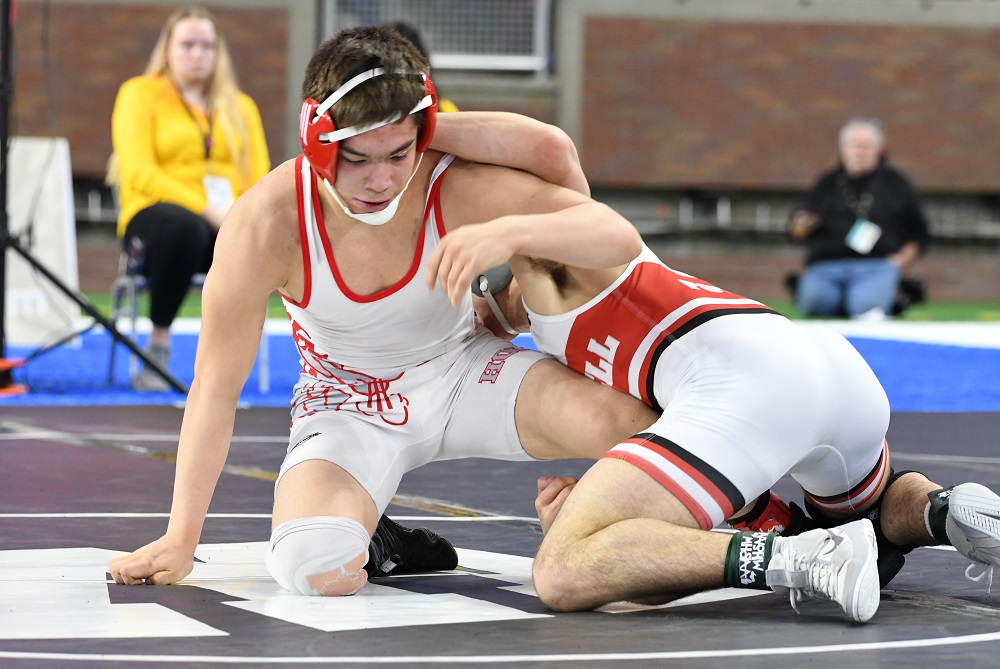 Boiled down, this wrestling season has included a lot of new and a lot of different – but also a lot of opportunity for teams and athletes in all four divisions.

The new opportunities Friday for Division 2 Individual Wrestling Finals qualifiers might be considered the most bountiful of the weekend.

Only four returning champions are back in the field – meaning at least 10 new champs will be awarded. Only six of last season’s runners-up are back – so the championship matches at Grand Rapids’ Van Andel Arena will be filled with wrestlers earning that experience for the first time.

Even among those returning champs, three are only juniors – and their senior seasons would take on some added historic context if they can enter next winter coming off a repeat.

Below we look at 10 title contenders to watch Friday in Division 2, plus list all of the top seeds heading into the tournament, champs and runners-up back from 2020 and every wrestler who will make the trip to Grand Rapids with an undefeated record.

Even then, we surely missed a few who will end up making headlines Friday – but make sure to come back to Second Half late that evening as we’ll interview and report on all 14 Division 2 champions.

Wrestling begins that day at 10 a.m., and this season it’s a one-day event. Spectators remain limited, but all matches will be broadcast live on MHSAA.tv. See the MHSAA Wrestling Finals page for more information and to follow results this weekend.

112 Nolan Wertanen, St. Joseph junior (32-0) – The reigning champion at 103 is the top seed at this weight and brings in a combined 78-2 record over the last two seasons.

119 Grant Stahl, Mount Pleasant sophomore (27-1) – After coming in second and finishing 39-3 at 103 last season, Stahl enters this weekend as the second seed at this weight.

130 Trevor Marsman, Cedar Springs senior (28-0) – Last year’s runner-up at 119 is a combined 80-2 over the last two seasons and enters his last Finals as a top seed; he also finished seventh at 112 pounds as a sophomore.

135 Zeth Strejc, Lowell senior (19-3) – The top seed at this weight is wrestling for his first championship after finishing runner-up at 130 last year and eighth at 125 as a freshman.

152 Jacob Gonzales, Holly junior (17-0) – The reigning champion at this weight also hasn’t lost a match since freshman year and is a combined 123-3 over his first three seasons; he also took seventh at 135 in 2019.

189 Cody Brenner, New Boston Huron senior (23-2) – After finishing runner-up last season at 171, Brenner is the second seed at his weight this weekend; he also placed third at 171 as a sophomore and eighth at 160 as a freshman.

285 Keegan Nugent, Lowell senior (27-0) – Last season’s runner-up at 215 finished 35-8 in placing for the first time and has taken another jump with an undefeated record and top seed heading into his last Finals.