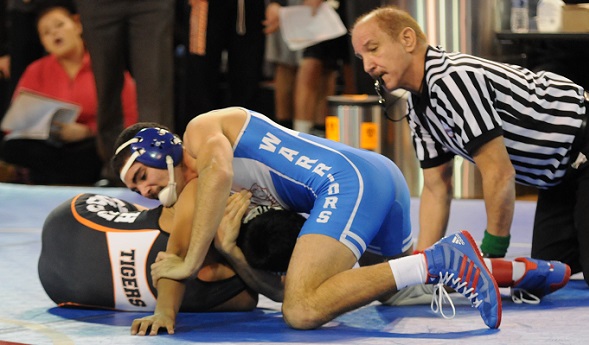 Dundee and Richmond have met in the last four MHSAA Division 3 championship matches. 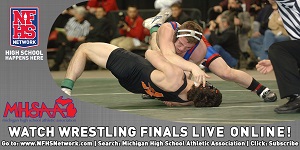 That will not happen this weekend.

By way of Dundee receiving the top seed and Richmond the fourth, those rivals could meet in a Saturday morning Semifinal, with the winner expected to see either Remus Chippewa Hills or Lake Fenton to decide the title this time.

And that's if seeds play out – a scenario four more teams are working against.

Below is a look at all eight teams competing in Division 3, listed by seed. Quarterfinal matches begin at 4 p.m. Friday, with Semifinals at noon Saturday and the championship match at 3:30 p.m. All matches this weekend will be streamed live on a subscription basis on MHSAA.TV. For results throughout, check the MHSAA Wrestling page.

Record/rank: 19-0, No. 1
League finish: First in Lenawee County Athletic Association.
Coach: Tim Roberts, 17th season (458-61-1)
Championship history: Eight MHSAA championships (most recent 2014), six runner-up finishes.
Individual Finals qualifiers: 135 Tylor Orrison (33-3) soph.; 140 Zach Blevins (44-3) sr.; 145 Alex Motylinski (34-11) jr.; 152 Sean Sterling (40-4) jr.; 160 Kyle Reinhart (21-10) soph.; 171 Kyle Motylinski (31-9) soph.; 189 Brandon Whitman (41-1) soph.; 215 Gabe Heiserman (39-9) sr.
Outlook: Dundee is up to 14 straight appearances at Finals weekend, coming off its eighth championship match appearance in nine seasons although the Vikings saw their two-season streak of titles come to an end with a two-point loss to Richmond a year ago. Three more wins would give Dundee its first perfect season under Roberts – it has lost only one match twice during his tenure, including in 2013-14. Whitman was the champion at 171 and Blevins an individual runner-up last season at 135, and Orrison, Sterling, Heiserman and senior Drew Mandell all were placers.

Record/rank: 19-3, unranked
League finish: First in Southwestern Athletic Conference Valley.
Coach: Brett Bissett, first season (19-3)
Championship history: Has never finished among the top two teams in Finals competition.
Individual Finals qualifiers: 119 Jake Bever (41-14) jr.; 145 Christian Kapteyn (24-12) sr.; 152 Jake Reed (48-2) sr.; 215 Tyden Ferris (50-2) soph.; 285 Esteban Villalobos (32-15) jr.
Outlook: This will be the first appearance for Delton Kellogg at an MHSAA Quarterfinals, but the Panthers dominated on the way not giving up more than 15 points in a postseason match. Ferris finished eighth at 215 as a freshman last season and is the most accomplished so far of a lineup with only four seniors. Bissett, a two-time league champion last decade, was an assistant for nine seasons before taking over this winter.

PHOTO: A Remus Chippewa Hills wrestler works against an opponent from Hudson during last month's duals at CMU. (Click to see more at HighSchoolSportsScene.com.)