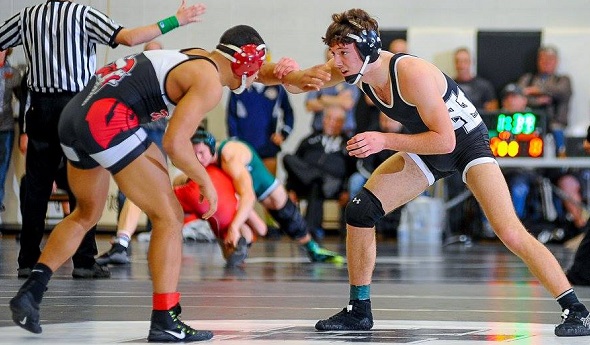 If seedings hold true, we will have a new Division 4 wrestling champion Saturday for the first time since 2014.

But that next champion wouldn't really be new; Hudson is the top seed entering Friday’s Quarterfinals and won every Division 4 title from 2009-2013 before finishing runner-up to New Lothrop the last three years. But if the Tigers trip up, the Hornets – and six more teams seeking first wrestling championships – will be ready to pounce.

Below is a look at all eight teams competing in Division 4, listed by seed. Quarterfinal matches begin at 12 p.m. Friday, with Semifinals at 9 a.m. Saturday and the championship match at 3:30 p.m. All matches this weekend will be streamed live on a subscription basis on MHSAA.tv. For Friday’s schedule and results throughout, check the MHSAA Wrestling page.

Record/rank: 30-8, No. 9
League finish: Second in Berrien-Cass-St. Joseph Conference
Coach: Chad Butters, fourth season (105-15)
Championship history: Division 4 runner-up 2002 and 2003.
Individual Finals qualifiers: 103 Ben Modert (42-5) fr., 160 Gavin Alger (34-15) sr., 171 David Erwin (48-2) sr., 189 Chase Gibson (48-5) jr.
Outlook: Bronson is back at the Quarterfinals for the first time since making the Semifinals in 2013 and after winning a fourth straight District title under Butters, formerly a longtime assistant in the program. The Vikings took down BCS champion White Pigeon and No. 8 Mendon in the District and then Reading and No. 4 Decatur at the Regional. Erwin and senior Nathan Caudill (29-4, 285) both were Individual Finals placers last season; along with those two, the four heaviest weights in the starting lineup are a combined 160-15 this winter.

Record/rank: 22-3, unranked
League finish: Does not wrestle in a league.
Coach: Bob Miles, 12th season (192-127)
Championship history: Upper Peninsula runner-up 1968.
Individual Finals qualifiers: 119 Zach McGowan (26-5) sr., 125 Nick Miles (31-12) jr.
Outlook: The Mustangs are making their second straight appearance at the Quarterfinals after winning their third straight District title. Nick Miles also was an Individual Finals qualifier last season, and McGowan is one of five seniors on the team – a solid number of veterans for a roster of only 13 that voids two weights because it is unable to fill them.

PHOTO: A New Lothrop wrestler (right) competes during his school's Hall of Fame Tournament on Jan. 7. (Click to see more by Varsity Monthly.)