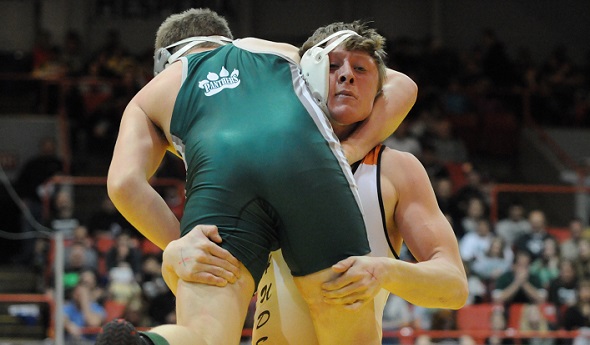 This weekend’s Division 4 Individual Finals field is loaded with wrestlers who've had their shares of success at The Palace of Auburn Hills.

Eight champions are back from last season, as are 10 who finished runners-up at their respective weights. Hudson senior Cole Weaver is going for his third MHSAA individual championship after also helping the Tigers to three team titles.

See below for 10 contenders to watch this weekend, plus others who enter the tournament undefeated or coming off runner-up finishes in 2013. Follow all the matches beginning with Thursday's first round on a subscription basis live on MHSAA.TV, and click here for results at MHSAA.com. And check back with Second Half later Saturday night for full coverage from the Finals, including comments from all 14 champions.

285: Ryan Prescott, Whittemore-Prescott junior (30-0) – Continues to build an impressive career at the heaviest weight; he’s wrestling for his third straight championship match appearance and second straight title, and is 78-1 combined over the past two seasons.

119: Logan Griffin, Erie-Mason junior (31-4) – One of the best stories of last season’s Finals, Grffin overcame a separated shoulder to win the 112-pound title in overtime over two-time champion Kenneth Dittenber from Carson City-Crystal. Griffin was an MHSAA runner-up as a freshman.

125: Zack Yates, Hesperia senior (43-0) – Last season’s champion at 119 pounds is a combined 94-1 over his last two and is wrestling for his third championship match berth; he finished runner-up at 119 as a sophomore.

140: Cole Weaver, Hudson senior (53-0) – Reigning champion at 130 hasn’t lost since his freshman season and has never finished lower than second place at an MHSAA Finals. Weaver has won two titles after finishing runner-up at 112 as a freshman, and brings a career 216-7 record into the weekend.

145: J.D. Waters, Hudson senior (45-10) – Reigning champion at 135 has had a bit of a tougher go after jumping two weights, but is still seeking his third championship match berth and never has placed lower than third at a Finals.

160: Josh Wendling, New Lothrop senior (52-4) – Attempting to add a second straight title after winning at 145 in 2013; Wendling has made at least the Semifinals his first three seasons and brings a 198-24 record into the weekend.

171: Taylor Krupp, New Lothrop senior (52-0) – Hasn’t lost since falling in overtime in last season’s 160-pound championship match and finished third at his weight in the Finals the year before that. Krupp joined Wendling in helping the Hornets to last weekend’s team title.

189: Jacob Cooper, Springport junior (41-2) – Beat Krupp 7-5 in overtime in the 160-pound championship match last season and has continued to shine after moving up two weights. He also was a runner-up, at 145 pounds, as a freshman.