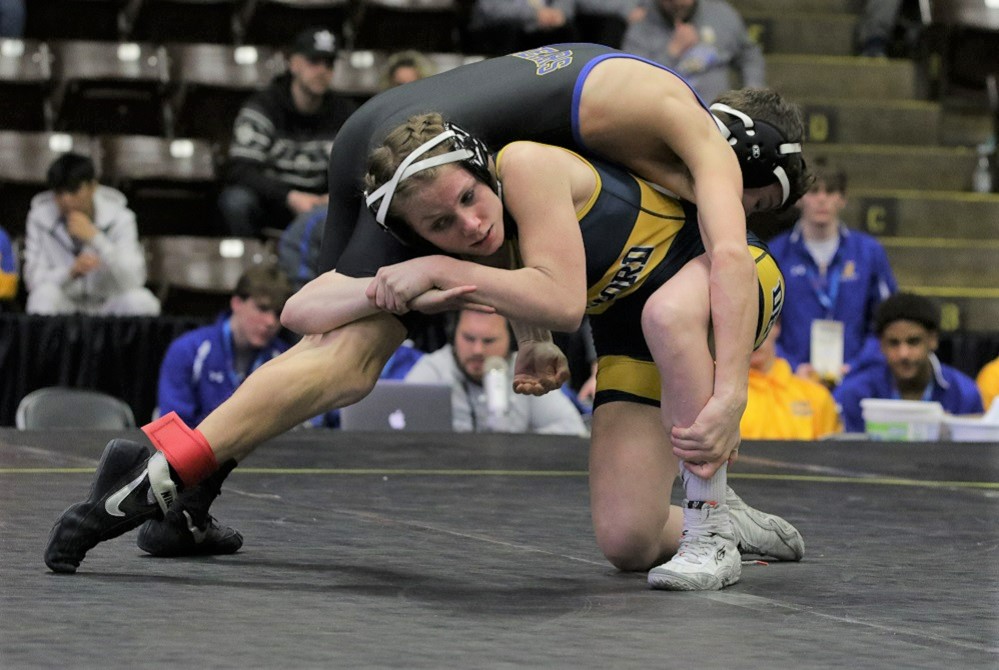 The first MHSAA champions in any sport are always recalled with special recognition. This weekend, the first champions of the Individual Wrestling Finals girls division will become part of that history.

This season’s event at Ford Field will be following up state tournaments conducted by the Michigan Wrestling Association the last three years, and those championship meets are referenced frequently below as we preview some of the first MHSAA Finals’ title contenders.

The Grand March on Friday begins at 10 a.m., with wrestling through semifinals that evening. Wrestling begins again at 9 a.m. Saturday with championship matches at 3:30 p.m. Tickets may be purchased at Ford Field. All matches will be broadcast live on MHSAA.tv, and we’ll talk to all 14 champions in each division for our Second Half coverage published later that evening and overnight. See the MHSAA Wrestling Finals page for more information and to follow results this weekend.

100 Emme Hicks, Saline junior (24-10) – She’s become one of the early stars in this division entering this weekend after winning MWA championships at 97 pounds both of her first two high school seasons.

120 Angelina Pena, Milan sophomore (10-2) – She won the MWA title at 122 pounds in 2021 and claimed this season’s Regional with two pins and two major decisions.

170 Khloe Williams, Clio junior (5-1) – She has plenty of high school championship match experience after winning the MWA title at 168 as a freshman and finishing runner-up last season.

170 Sabrina Nauss, Brighton sophomore (14-5) – She claimed last year’s MWA title at 168 and advanced to this weekend with two pins at Regionals.

170 Bo Geibe, Constantine senior (22-3) – She was Regional runner-up to Williams and has championship match experience as well with an MWA title at 189 as a freshman and runner-up finish at 168 as a sophomore.

190 Kailyn Garrett, South Lyon senior (12-17) – She won the 184-pound MWA title as a sophomore and was the 189 runner-up as a freshman. She also won her Regional two weekends ago with a pair of falls.

255 Eliana Bommarito, Hartland senior (17-6) – She’s aiming for her fourth high school championship after winning MWA titles at 235 as a freshman and 270 the last two seasons.