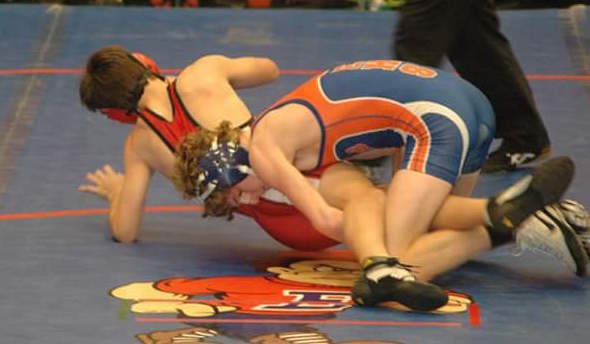 Driven but not obsessed, senior Michael Higley has carried the torch for a family that first put Edwardsburg wrestling on the map.

The senior 119-pounder is stalking his fourth straight trip to the MHSAA Division 2 Individual Wrestling Finals and a title that’s eluded him.

All the while, he’s managed to achieve success without feeling much pressure or sacrificing the other important aspects of student-athlete life.

A third-generation MHSAA Finals qualifier, Higley has added much to his family’s grappling legacy in southwest Michigan. His grandfather, Mike (Big Mike), was the school’s first Finals qualifier as a junior in 1966 — just the third year of the program’s existence.

Higley’s father and current Edwardsburg coach, also named Mike (goes by Middle Mike), earned a spot on the podium in 1985 (fourth) and 1986 (third). Other members of the extended family were standout wrestlers in nearby Mishawaka, Ind.

“Little Mike” has had the best career of them all with the biggest prize still up for grabs. Ranked third in his weight class by michigangrappler.com, he boasted a 15-1 record as of Jan. 5.

“It has been awesome,” his father said. “We butt heads from time to time over different things, but it’s a very healthy relationship. We’re good friends and do a lot of hunting and fishing. This is just part of it. This helps create who he is as a young man, but it doesn’t define him as a young man.”

Coach Higley mentioned all the wrestlers he’s seen over the years who have measured their success as a person by what they’ve accomplished on the mat.

“He and I have had a lot of fun enjoying all the things that have come along the way,” Coach Higley added. 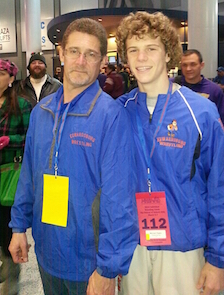 But there’s unfinished business remaining in the prep ranks.

As a freshman at 103, Michael Higley earned Division 2 all-state status with a seventh place finish and 48-6 record. He was fifth overall at his weight in 2014 and placed a third time as a junior in 2015 when he turned in a third-place performance at The Palace of Auburn Hills.

The pattern of improvement would put him at the top of the podium come March.

“I’m really excited for my last chance,” he said. “It has been my goal to get a state title since I was little and started wrestling at the age of 7.”

For nearly that long, he’s been battling with teammate Hunter Vargo, a senior at 125 pounds ranked fifth in Division 2 with a 16-2 record. Vargo is seeking a return trip to the Palace as well. He and Michael Higley have formed a perfect and productive practice partnership over the years on top of a close friendship.

“It’s great having him in the room,” Higley said. “He’s so great at scrambling; we get better every day pushing each other.”

Like any constantly competitive program, it starts at the lower levels. Before “Middle Mike” began coaching the varsity team five years ago, he was heavily involved in running camps, clinics and clubs for well over a decade ago. 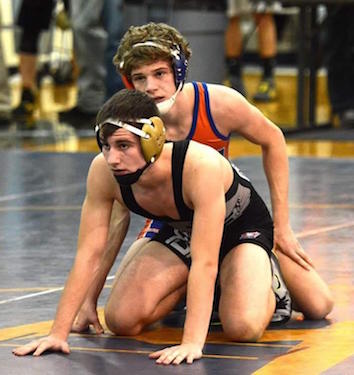 “It was crucial in the development of these kids and getting them exposed at an early age to the fundamentals,” he said. “It has been critical to us in order to maintain that level we’re at.”

The Eddies advanced to the Team Regional Finals in 2014 and fell to Niles. Last winter, Edwardsburg failed to get out of an extremely tough District after losing by five points to a resurgent Sturgis squad. Still, the program made it a close Wolverine Conference race with perennial power Allegan to finish second in the league standings.

Coach Higley expects Edwardsburg to be in the mix again this season, but he’s keeping his fingers crossed that the Eddies don’t suffer any attrition.

“We’ve got some great individual athletes but our depth is thin,” he said of a team still dealing with some football-related injuries.

No matter the outcome for the team or individually, Michael Higley has cherished every minute being able to add to an Edwardsburg wrestling tradition.

“I’m really pleased with what I’ve done so far and what this class has done,” he said. “We all plan on helping when we get out of college and staying involved. I’m glad how we have represented the school overall.”

PHOTOS: (Top) "Little Mike" Higley, in blue, wraps up an opponent. (Middle) Edwardsburg coach "Middle" Mike Higley and his son "Little" Mike have been their family's second and third generation of MHSAA Finals qualifiers. (Below) "Little Mike" Higley, top, is 15-1 this season. (Photos courtesy of the Higley family.)