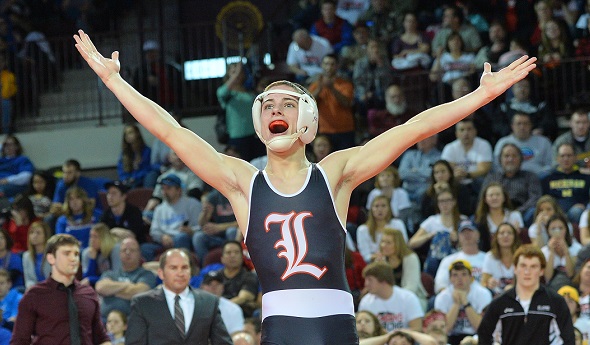 LOWELL – Wrestling coach R.J. Boudro gets a chuckle every time he hears other people talk about Lowell High School athletes.

“Those kids are huge. What are they feeding those kids?”

“It’s a myth that we feed our kids certain things, that they are big farm boys,” Boudro said. “What I think gets lost is people think Lowell is good every year, and I think that’s true in our football program, too.

“They think we’re good because of where we eat and what we’re feeding them, but we had seven of our 11 guys on the field for our football team at 170 pounds or below. They just work hard.”

Work ethic and toughness are staples among Lowell wrestlers. Those qualities have catapulted the Red Arrows into one of the premier programs in the state over the last two decades.

“They think Lowell is good because we’re Lowell, and we have to fight that,” Boudro said. “You can’t just walk in and be good because you put on a Lowell singlet. It takes a lot of work.”

The Red Arrows’ success is unprecedented.

They have captured six MHSAA Division 2 titles in program history, including the last three in a row. The Red Arrows have wrestled in 12 of the last 18 Division 2 championship matches, first finishing runner-up in 1999 and claiming their first title in 2002.

Lowell has made five straight Finals appearances, and after back-to-back losses to another perennial powerhouse, St. Johns, in 2012 and 2013, broke through in 2014 with a narrow 35-34 Finals win over the then four-time reigning MHSAA champion.

The Red Arrows defeated Eaton Rapids in the 2015 championship match, and St. Johns again last season. Lowell and St. Johns have met four times in the Finals over the last five years.

“It’s a huge challenge trying to defend a state title, and we’ve done that twice now,” Boudro said. “I don’t think it gets any easier, and it gets harder each year. There a lot of people that would like to see Lowell lose. I don’t think we’re a disliked program, but when you’re the guys at the top everyone is gunning for you.”

Lowell began this season as the top-ranked team in Division 2, but a new set of challenges await as it makes a bid for four consecutive championships.

The Red Arrows boast 51 on this year’s team; however, they graduated five all-state wrestlers and do not have any returning Individual Finals champions in the fold.

“This is new territory for us because that hasn’t happened since I’ve been here,” said Boudro, who is in his third season as head coach after previously serving as an assistant. “Usually we always have someone to look to who won a state title, and I could count on guys going out and getting six points almost every dual meet.

“We don’t necessarily have that this year, and we’re really young. We have a lot of freshmen we’re counting on and a lot of sophomores and juniors. The senior class isn’t big, but every junior and senior has been to the state finals three times and won.”

Lowell will rely on the strength of five returning all-state wrestlers to lead the way. They include seniors Sam Russell (145), Bryce Dempsey (152/160) and Eli Boulton (215), junior David Kruse (189) and sophomore Avry Mutschler (140). 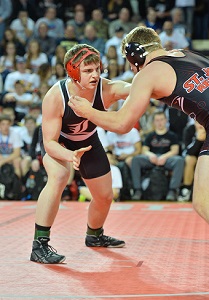 Dempsey, who placed sixth at the Individual Finals a year ago, believes the Red Arrows can be just as good this year.

“I think we’re going to be better this year, actually,” he said. “We have a lot of new lightweights, and I’m not worried about them being freshmen because we have great leadership on the team and they’re all adjusting really well.

“We lost some hard-hitting seniors, but other guys have made progress in developing their abilities. I’m confident in our ability to get to the team state finals again this year.”

Kruse, the starting quarterback on the one-loss football team, also has high hopes.

“I think we have a good team, and we had some big losses, but I think (we) can fill those spots because we have a lot of guys coming up big,” he said. “I think we’ll be all right.”

The longstanding tradition of excellence at Lowell is something coaches and wrestlers take immense pride in.

Boudro said it begins with the support of the community.

“We have a community that gets it and stands behind us,” he said. “We have businesses in this town and people in this town who really come together to help put together an awesome program, athletics in general.

Kruse began wrestling in Lowell’s youth program when he was 10, and has seen how the community has rallied around the program.

“I take a lot of pride in being a Lowell wrestler and being a part of a special team and community,” he said. “Our coaches teach us great things, and we have support from our community.”

Dempsey moved to Lowell last year. He was impressed by the values the coaches instilled.

“I love everything the team stands for,” Dempsey said. “It’s not wins and losses. It’s how we win or lose. We have a motto of ‘Never Yield’ and we follow that through practices and competitions.

While the Red Arrows have enjoyed past successes, the future looks just as bright.

The youth program continues to see record growth with 170 wrestlers registered this year.

“It is insane, and it’s the most it’s ever been,” Boudro said. “I think of what we’ve done the last 20 years, and now I feel like it’s the strongest it has ever been. It’s pretty cool and exciting for our future.”

Dean Holzwarth covered primarily high school sports for the Grand Rapids Press and MLive for 16 years, served as sports editor of the Ionia Sentinel-Standard and as a sports photojournalist for WZZM, and currently is a reporter for WOODTV. Contact him at dream100@comcast.net with story ideas for Allegan, Kent and Ottawa counties. 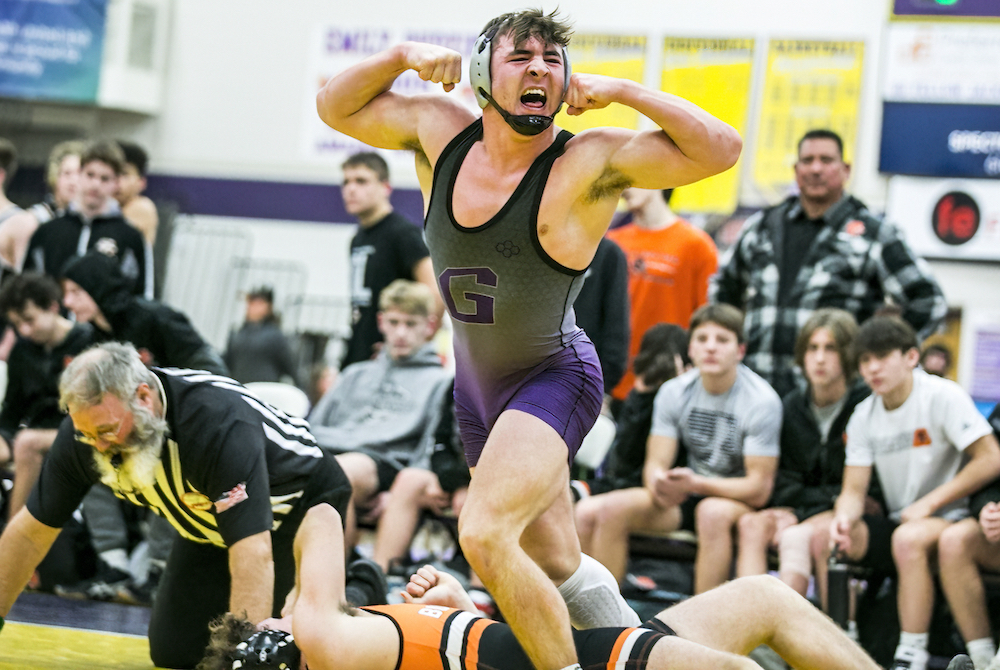 GREENVILLE – Several factors have contributed to the current success of the Greenville wrestling team.

However, one aspect of the program has been quite noticeable.

“I’ve received compliments by referees and other coaches just about how much bigger, stronger and faster they look now,” Yellow Jackets wrestling coach Brett Peterman said. “Greenville athletics, and the culture with Rick Court and our strength program, has changed. He has done an amazing job of getting the kids into lifting, and we have a great coaching staff."

“A lot of the sports are getting better now because of it, and our strength programs are loaded with kids now lifting, including at the middle school level.”

The Yellow Jackets recently jumped into the top 10 of the Division 2 state rankings after winning their fifth invitational of the season last week at Hudsonville Unity Christian.

An enhanced strength program, coupled with a diligent work ethic by a relatively young group, has signaled a turnaround for the better.

“We just have a great group of kids,” Peterman said. “The kids are coachable, they work hard and we are just seeing the results of that.”

Junior standout Nayte Dobson, who’s currently unbeaten at 24-0 wrestling at 157 and 165 pounds, said Court is a valuable piece to the winning puzzle that has been constructed.

“He always has good enthusiasm and good energy no matter what,” said Dobson, who placed seventh at last year’s Division 2 Individual Finals. 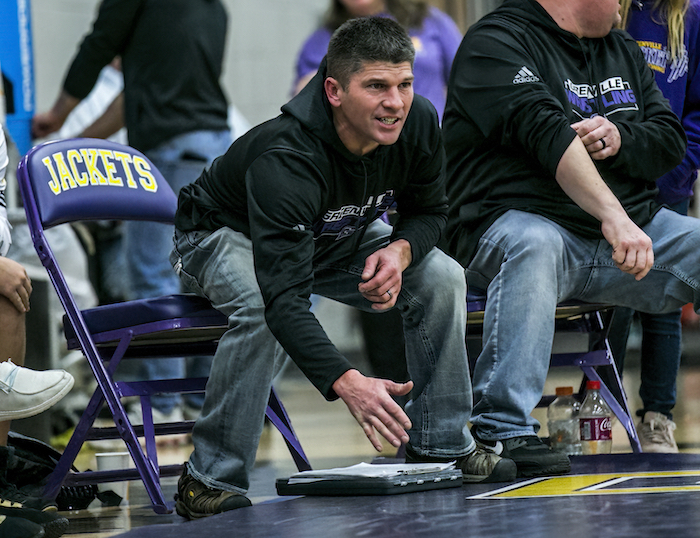 “He gives us time to work out, whether it’s zero hour, or after school. Whenever you want to work out, he’s there. He will come from his house to unlock the doors.”

Court’s workouts are specifically designed to help the wrestlers reach their full potential and give them an advantage.

“He puts us through good workouts that involve speed and acceleration training,” Dobson said. “You can definitely see the bursts we have out on the mat.”

“There have been some good teams in those tournaments and good challenges for the kids,” Peterman said. “Winning is good, but the work never stops.”

Peterman anticipated success this season, despite the departure of key seniors.

The addition of a large incoming freshman class has boosted numbers and anticipation for the future.

“I thought we could have a good year,” Peterman said. “We had a lot of returners, including a few state qualifiers and some who fell just short.

“They worked hard in the offseason, and with the freshmen coming in, I figured we would be pretty good. I was amazed that we had 23 freshmen come in. That’s a big group.”

The Yellow Jackets possess talent up and down the weight classes, with several wrestlers posting impressive records. 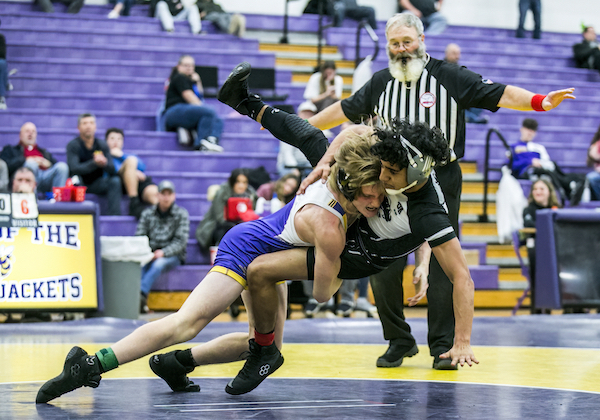 Sophomore Caleb Lewis, a backup last season, has emerged and is 26-0 at 106 pounds.

“We are a very young team, but they’ve come in with a chip on their shoulder and they are working hard every day,” Dobson said. “How they work in the wrestling loft is showing out on the mat right now, and we are just giving them guidance and helping them out when we can.

“I expected this, and I knew this was going to be a good year for us because of the guys coming back and the freshmen.”

The Yellow Jackets will wrestle at the Ottawa-Kent Conference White championships, against a field that includes eight-time reigning team champion Lowell.

“It’s tough when you have a powerhouse like Lowell in your conference,” Peterman said. “There’s a possibility that we will see them several times in the upcoming weeks, and it will be a big challenge. We are going to do what’s right for the team on Friday and see how the results come about.”

The Red Arrows provide Greenville with a measuring stick, and they are eager to see how they fare against the best in the state.

“Lowell is just stacked all around and it’s going to be tough, but we also have to get through Byron Center, which has gone both ways this season,” Dobson said. “If we can see improvement from last year’s Districts to now against Lowell, then it gives us a good checkpoint of where we are at.”