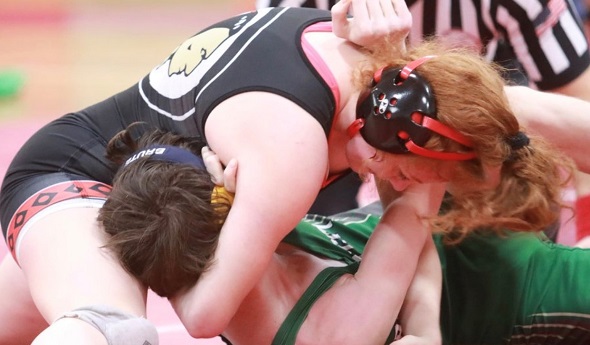 Logan Ryan had to learn how to handle losing.

After a youth career that saw her win multiple national wrestling honors, including the NUWAY Nationals in 2017, Ryan’s freshman year competing at 140 and 145 pounds proved to be difficult.

“I got destroyed that year,” the Sandusky sophomore said.

Now the losses are much less frequent, but she has figured out how to turn them into positives.

“When I get beat, I just feel like that’s an opportunity for me to fix what I do wrong in a match,” she said. “I think it does really good for me to fix my mistakes and see what happens. Honestly, I feel like wrestling the boys in high school makes me tougher. The boys are stronger than me, it roughs me up and it makes me more aggressive and prepared for everything else.”

Ryan is 25-5 on the year, and while the MHSAA postseason is about to begin, she’s already claimed a state championship this season. Ryan won the 145-pound title at the Michigan Wrestling Association High School Girls State Championship on Feb. 2 in Adrian. It was her second straight title at the event, which was in its second year.

“It was pretty awesome,” she said. “I was super happy to win it again and wrestle really good. I still feel like there’s more room to improve.”

Ryan defeated Shelbi Daniels of Chesaning 8-2 in the championship match. She was the second seed entering the tournament and won by pin and technical fall in her first two matches before winning a 3-0 decision in the semifinals.

She could have made weight at 138 pounds, but her dad, Jeff, who is the assistant coach at Sandusky, said they decided to enter at 145 because of the depth of that weight class.

“We wrestle the best; that’s our whole idea of it,” Jeff Ryan said. “She went after the best and beat all the ones she wanted to.”

A year ago, Ryan won the title at 160 pounds. She was one of three freshmen to win a title last year, and this year, only she and Eliana Bommarito of Hartland (235 and 270) were able to repeat.

That leaves them both with an opportunity to become the state’s first four-time girls state champions. 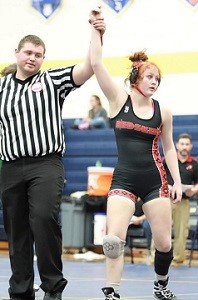 “I don’t know who my opponents are going to be, which freshmen are coming in, but I definitely thought about that after I won the second one,” Ryan said. “I definitely think about becoming a four-time state champion. That would be awesome.”

There were four other repeat champions, including Ryan’s cousin, Kendra Ryan of Fenton, who won at 107 pounds. Sparta’s Rayan Sahagun (102), Southgate Anderson’s JoJo Palshan (117) and Lowell’s Reese Gonzales (132) also won their second title in as many years.

Sandusky coach Adam Filkins was excited with how much the meet grew from its first year to its second and noted that it follows a trend around the state with girls in wrestling.

“Last year, we started our first girls division at our tournament, and we more than doubled that this year,” he said. “They’ve doubled the amount of girls at the state finals. There has been a crazy amount of growth, way more than I would have expected. There’s a great push behind it, and there seems to be no resistance.”

Opportunities are also growing at the next level, as there are about 60 colleges which now have a women’s wrestling program.

“I think it’s amazing – I think it’s awesome,” said Ryan, who added her ultimate goal is to make the United States Olympic team. “I think more girls that have never experienced anything like wrestling should definitely try.”

As the postseason gets underway with Team District tournaments Wednesday and Thursday, and the Individual Districts on Saturday, Logan Ryan said her goal is to qualify for the Regional. She said she plans to move down to 135 pounds for the individual tournament.

“I lost in the blood round last year,” she said. “We have a tough region and district.”

As she looks further into the future, however, the goal is to be wrestling at Ford Field – along with the rest of the girls who have been competing at Adrian. 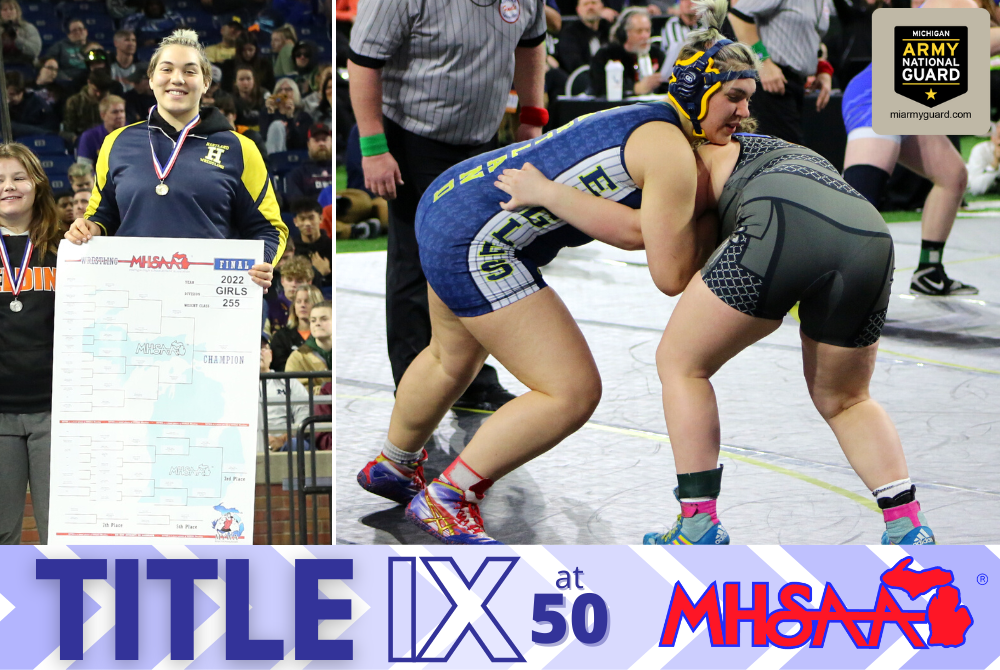