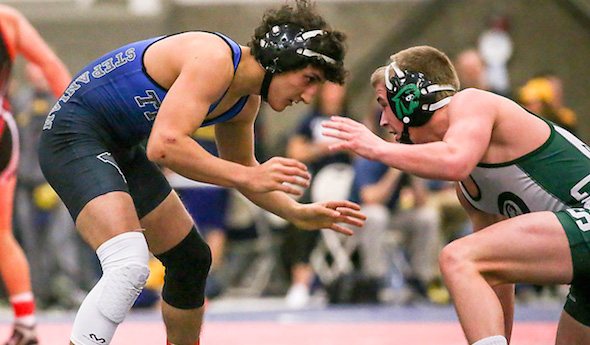 Teams at the elite level like Warren Woods-Tower point to those championship opportunities all season. And the Titans – Division 2 semifinalists last year, runners-up in 2017 – are aiming to shine that final weekend again, and after a start both promising and historic.

Tower – the MHSAA/Applebee’s Team of the Month for December – won the 45th Macomb County Invitational on Dec. 22, the Titans’ first victory at the prestigious event since 1985.

They bested a field that included current Division 1 No. 10 Macomb Dakota and Division 3 No. 5 Algonac, which followed in second and third, respectively. Tower is ranked No. 4 in Division 2 this week.

“It took everybody. The margin of victory was so slim. … It’s nice to see that some of those other guys, their efforts paid off and they contributed. It gives some kids confidence in their training efforts. They can believe in that because they’ve got results to stand behind them.”

Tower edged Dakota by 2.5 points at the County tournament after finishing second to Dakota in both 2017 and 2016. 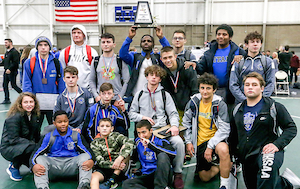 The Titans headed into this week 6-3 in duals and coming off a runner-up finish at their Saturday Clash of Champions, where they finished second to Division 1 No. 9 Holt.

A number of Titans are shining through the first half of the season, with records especially impressive considering the teams Tower has faced over the last seven weeks. Chaise Mayer, a two-time Finals runner-up and third-place finisher a year ago, is 21-3, as is Haynes and senior Joel Radvansky (285 pounds this winter and last season’s Finals runner-up at 215). Freshman Josh Howey (23-6, 112 pounds), sophomore Gavin Shoobridge (22-6, 119) and senior CJ Shier (20-5, 215) are all over 20 wins, with Embree (18-3) approaching.

The tests will continue, and immediately. Hudson’s Super 16 tournament is Saturday, and next Thursday’s dual against Macomb Dakota likely will end up determining the champion of the Macomb Area Conference Red this winter.

Then comes the MHSAA Tournament, and all of Division 2’s quest to unseat five-time reigning champion Lowell. Tower, seeking its first Finals championship in wrestling, is doing its work now to be ready for an opportunity to show this season’s first month was a precursor for the last.

“We’re still a work in progress. We still have a lot of room for improvement. We’re still chasing,” Greg Mayer said. “We’re not the frontrunners. That still belongs to Lowell, and I think everybody else is chasing them.

“I think we can compete with anybody in the state. As long as we continue to improve, I think we’ll be OK.”

PHOTOS: (Top) Warren Woods-Tower's David Stepanian, left, prepares to lock up with an opponent during the Macomb County Invitational. (Middle) The Titans raise the County championship trophy, their first since 1985. (Photos courtesy of C&G Newspapers.)