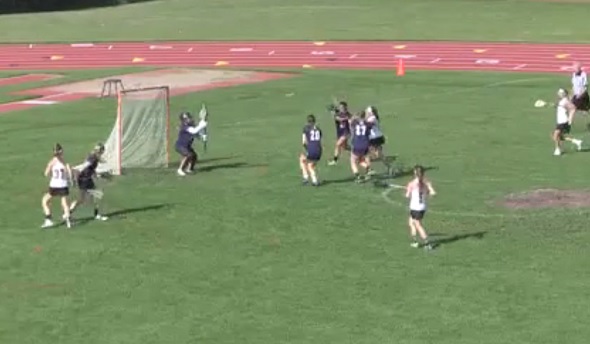 Below are highlights from their victories taken from broadcasts on MHSAA.tv. Click the headings for each to watch.

Mercy Goes Top Shelf Chandler Pincheck gets Farmington Hills Mercy on the board against Bloomfield Hills Cranbrook Kingswood, going up high with this shot.

Barnes With Late First Half Goal Cranbrook Kingswood was cruising by halftime, a late goal coming here from Abby Barnes.

At-a-way Ottaway Here's a nice run off a restart by Farmington Hills Mercy's Brooke Ottaway for a second half goal.

Watch the entire game and order DVDs by Clicking Here

East's Elder's Early Goal Liza Elder gets East Grand Rapids on the board right off the opening draw, driving in from the wing to score.

Vanhoven Goes Low Cydney Vanhoven picks up a first half goal for East Grand Rapids with a low shot.

Chiefs Convert Turnover Okemos tightened things up near the end of the first half, converting an East Grand Rapids turnover into a goal by Melaina Grewal.