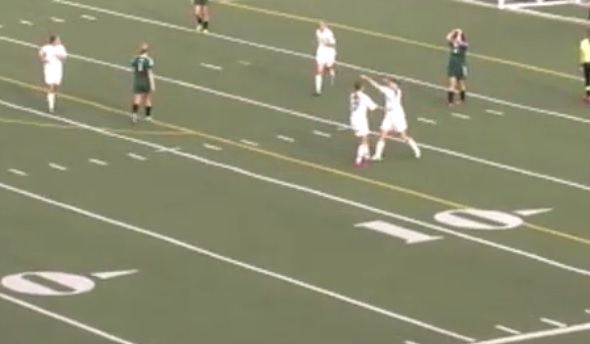 Below are highlights from the MHSAA.tv broadcast of the game. Click on the headings to watch.

Balcer Scores First Goal Just five minutes into the game, Hudsonville Unity Christian's Bethany Balcer takes a pass and quickly turns it into the first goal of the game against Freeland. Unity won this Division 3 Semifinal, 4-0.

VanDyke Goes Over The Wall Unity Christian gets its second goal of the first half when Maddy VanDyke puts a free kick just over a Freeland defensive wall and just below the crossbar.

Nienhuis Closes Out The Scoring Abby Nienhuis closed out the scoring, taking a pass from Bethany Balcer and drilling the ball into the net for Hudsonville Unity Christian.

Watch the entire game and order DVDs by Clicking Here. ?