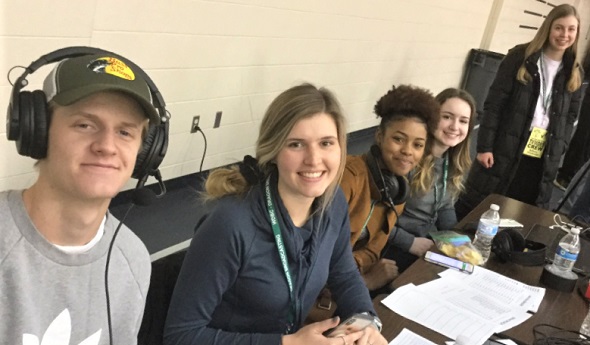 Lake Orion High’s School Broadcast Program – previously named “Program of the Year” statewide as part of the MHSAA Excellence Awards – was named Thursday as the nation’s best SBP by the NFHS Network.

See the tweets below to learn much more about Lake Orion and Rockford's programs.

Congratulations to all of the 2019 #NFHSNetworkAwards winners, and thank you to ALL of our School Broadcasting Programs for another stellar year. pic.twitter.com/GI006DX30y

In its 10th year, the School Broadcast Program gives members an opportunity to showcase excellence in their schools by creating video programming of athletic and non-athletic events, with students gaining skills in announcing, camera operation, directing/producing and graphics. The SBP also gives schools the opportunity to raise money through advertising and viewing subscriptions.