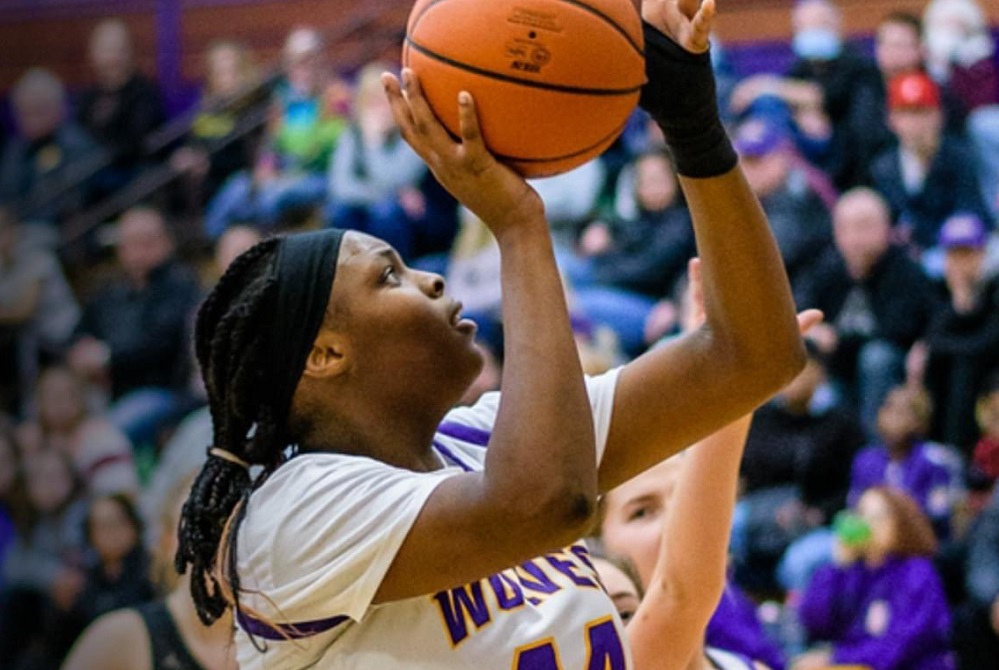 Bay City Central senior Alecsis Smith capped a highlight-filled career this winter with 12 girls basketball record book entries including some of the top rebounding performances of all time.

The 6-foot-2 standout three times made the single-season rebounds list with a high of 362 as a freshman, and her 1,276 total over four seasons and 79 games rank fifth on the career list. Her 31 rebounds against Midland that freshman season are tied for seventh on the single-game list for that statistic.

She also made the career free throws list with 377, the single-season blocked shots list with 129 this past winter and the career blocks list with 349, which rank 13th all-time. She’ll continue her career at Delta College.

See below for more recent additions to the girls basketball record book.

On Dec. 17, Larissa Gibson became Otisville LakeVille Memorial’s first to earn an entry in the girls basketball record book. The sophomore grabbed 28 rebounds in a win over Mayville.

Theryn Hallock joined an elite group of scorers with 50 points for Grand Rapids Forest Hills Central against Greenville on Feb. 22. She’ll be continuing next season at Michigan State.

Au Gres-Sims’ Emily Freehling also made the single-game rebounds list this winter, grabbing 29 in a Feb. 18 win over Hale. She’s a junior this school year.

Howell junior Molly Deurloo this winter joined the list of top free-throw shooters, posting the eighth-highest percentage for a single season at .885. She made 46 of 52 attempts over 22 games.

Parma Western’s Reece Hitt tied for the 10th-most 3-pointers in a game Feb. 11 against Battle Creek Pennfield, draining 10 of her 14 attempts. The Western senior finished with 38 points total. Plymouth senior Morgan Miller also earned her way onto that list with nine 3-pointers on 23 attempts Feb. 24 during a win over Westland John Glenn. She scored 29 points total.

Essexville Garber senior Lauren Walker posted a career-high 152 steals this season to make the single-season list in that category. That total also pushed her into a tie for 18th on the career steals list with 438 over four seasons and 77 games. She’ll play soccer at the college level, at Central Michigan.

Krista Ridgeway was a defensive force for St. Clair Shores Lakeview against Royal Oak Shrine Catholic on Feb. 24. Along with 21 points, the senior guard had 16 steals – tying for 11th-most in one game – in the 52-24 victory.

Jaxi Long finished a highlight-filled career this winter that included helping Newaygo to the Division 2 championship game in 2021. She made the record book for 69 3-pointers as a senior and 180 over four seasons and 93 games. She also was added for connecting on 89.8 percent of her free-throw attempts this winter – good for fifth-best all-time – after making the list with an .878 percentage as a junior.

Saline finished a combined 35-8 over the last two seasons, and strong shooting helped drive the success. The 2020-21 team that finished 18-2 connected on 74.4 percent of its free-throw attempts – good for second-best success rate all-time. This past season’s team made the team lists for 3-pointers made and attempted, with 156 makes in 602 tries, and senior Sophie Canen was added for her 65 3-pointers this winter. She will continue at Hope College.