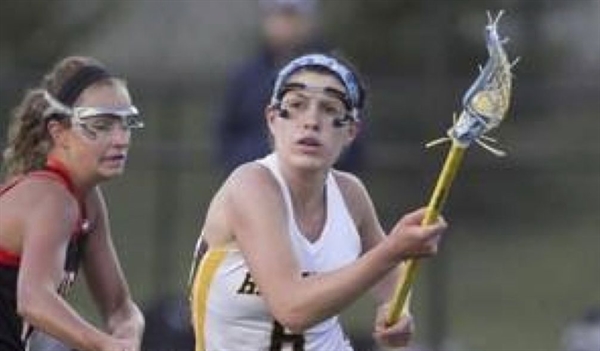 Amber Crouse finished her girls lacrosse career by helping Hartland to its third straight MHSAA Semifinal this spring after also playing a big part in her team’s run to a Division 1 runner-up finish in 2012.

Along the way this spring, Crouse set a single-game record with 14 assists, against Walled Lake Northern/Western, and had the second-most single-game assists in MHSAA history three days later against Waterford Kettering/Mott. Her 70 assists this season rank fifth on that list, with her 117 career assists also fifth on that list.

Teammate Amy Longe added the scoring punch to this season’s Semifinal run, scoring seven goals three times and 95 goals total – tying for seventh on the single-season goals list. Goalie Brooke Eicher had the fourth and fifth-most saves for one game, 21 and 19, respectively, both against Brighton, and finished with 176 saves to rank fourth on that single-season list.

Click to view the full girls lacrosse record book, and read on for more recent additions to the MHSAA’s listings.